The fire is extinguished, but the ember is still aglow as goes the saying. This is how political tension in the Northern Provincial Council persists after the move to unseat Chief Minister C.V. Wigneswaran through a no confidence motion, is described in political circles.

The matter looks settled for the moment as both the Chief Minister and the Tamil National Alliance (TNA) budged from their respective stands a bit and struck a compromise.

According to political observers in the north, the no confidence motion, though withdrawn after submission, widened the political chasm of the TNA. The CM has obviously made his mark in politics as he is appealing to Tamil nationalism in terms of his open rhetoric demanding extensive power sharing on Federal lines in main. 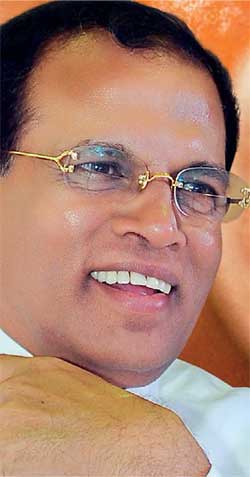 The TNA is an amalgam of four Tamil political parties – Ilankai Tamil Arachu Katchci (ITAK), Eelam People’s Revolutionary Liberation Front (EPRLF), Tamil Eelam Liberation Organization (TELO) and People’s Liberation Organization of Tamil Eelam (PLOTE). The ITAK, the dominant ally, initiated the no confidence motion by collecting signatures from its members in the Provincial Council after Mr. Wigneswaran asked two Ministers to go on leave to facilitate further inquiries against them.

Actually, the Chief Minister appointed a Board of Inquiry first to investigate charges framed against the board of ministers. There were findings of guilt against two Ministers – V. Aynkaranesan and T. Kurugularaja. No dispute arose regarding action to be taken against them. There was no finding of guilt against the two other ministers. Nonetheless, the CM took the position that further inquiries

should be conducted against them as witnesses could not come forward to give evidence during the initial process. So, he asked them to go on leave to facilitate the inquiries lest the witnesses would not be able to make their submissions before the Board of Inquiry.

It stirred the hornet’s nest. Incensed by the decision to pursue action against the two ministers with no finding of guilt, the ITAK resorted to the collection of signatures for a no confidence motion. Having roped in the support of 15 members, it handed over the motion to Northern Province Governor Reginald Cooray. It provoked counter action from the loyalists of Mr. Wigneswaran. There again, 15 members handed over a letter pledging allegiance to him.

For the first time, the Northern Provincial Council, constituted in 2013, was embroiled in a crisis. It threatened the unity of the TNA. The Chief Minister toughened his position that the two ministers should be on leave till inquiries against them were concluded. However, TNA leader R. Sampanthan, who belongs to the ITAK, did not accept that position.

It created a deadlock for the resolution of the crisis, and the situation worsened by the day. The TNA unity is a matter of concern for many players, both local and foreign. The allies of the TNA engaged in politics oppositional to each other in the past. All of a sudden, they all were cobbled together for the formation of the TNA ahead of the  parliamentary election conducted in the year 2000. That was when the LTTE operated with full might. Since then, it has remained as an amalgam despite having many a difference. They fought openly on some matters, but united during election times to contest together.

As international players, the United States and other western countries, and India took a keen interest in keeping the TNA allies together right throughout. That is for the fact that Tamils can llok after themselves in full measure for their political rights in terms of a power devolution package as long as all the Tamil parties remain under one banner. The NGOs, advocating power sharing to the minorities as their sole focus, also yearn for unity among the TNA allies. All in all, these forces would have been perturbed by the possible split over the crisis involving the CM.

It is reported that some Embassies and High Commissions requested R. Sampanthan, who is also the Opposition Leader to resolve this matter.

Alongside, three TNA allies – EPRLF, PLOTE and TELO – undertook the role of mediating on this issue. TELO leader Selvam Adaikkalanathan, PLOTE head Dharmalingam Siddharthan and EPRLF chief Suresh Premachandran held talks with the CM. Mr. Siddharthan was used as the emissary for the communication of the outcome to Mr. Sampanthan. They asked the CM to soften his stand to facilitate the settlement of the matter. Also, the interventions were made by a Hindu religious leader and Jaffna Bishop Rt. Rev. Justin Bernard Gnanapragasam.

Mr. Sampanthan finally wrote to Mr. Wigneswaran whom he addressed as ‘My dear Wignes’. Taking a step back, he wrote, “I am also in receipt of a letter from Srila Sri Somasundra Thesika Gnana Sambanda Paramachchariyar Swamy and Bishop Rt. Rev. Justin Bernard Gnanapragasam, which states the three conditions on the basis of which matters should be brought to an end.
I will communicate with the two Ministers that they should not in any way impede an independent legal inquiry. 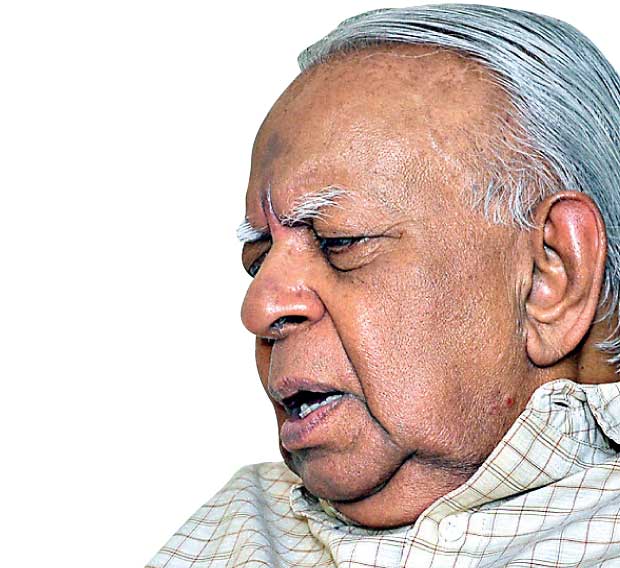 I have just informed the Northern Province Governor by telephone that the Motion of No – Confidence will be withdrawn. I am communicating with the relevant persons”.

Mr. Wigneswaran replied to Mr. Sampanthan addressing him as ‘My dear Sam’. He stated, “Yours of even date in reply to mine of 17.06.2017 to hand. Thanks. I am also in receipt of a note given by Bishop Rt. Rev. Justin Bernard Gnanapragasam and Srila Sri Somasundra Thesika Gnana Sambanda Paramacbchariyar Swamy this morning. Let me first explain a few matters in your letter.
There was no punitive action taken against the two Ministers concerned. They are entitled to draw their salaries and use their vehicles etc. It is in order to give protection to the Witnesses as it was said that they should take leave while the Inquiring Committee sat. There are new charges too against them.

I understand your inability to give guarantees with regard to the conduct of the two Ministers. But I am glad you have undertaken to advise them that they should not impede an independent legal inquiry. It is to ensure the independent legal inquiry and to commit the two Ministers https://www.viagrapascherfr.com/viagra-pharmacie/ that I designed the formula of taking leave for one month.

The NGOs, advocating power sharing to the minorities as their sole focus, also yearn for unity among the TNA allies. All in all, these forces would have been perturbed by the possible split over the crisis involving the CM

You are a Senior Member of the ITAK. You are the leader of the TNA. You have undertaken to advise the two Ministers not to impede an independent legal inquiry. The two Religious Dignitaries have insisted that the two Ministers must co-operate by not interfering with the course of justice.

Added to these Hon. Selvam Adaikalanathan, Hon. Dharmalingam Siddharthan and Hon. Suresh Premachandran have also undertaken last night in the best interests of the Tamils to speak to the Hon. Ministers to make sure they will not interfere with the course of justice nor interfere with nor threaten witnesses nor tamper with evidence etc. In the light of these undertakings, I will not insist on the conditions relating to leave”.

Despite such settlement of the issue for the time being, political sources in the north said this had already created tension among Tamil people. Two public agitations organized in favour of Mr. Wigneswaran drew large crowds. Talks are already underway for the formation of a new political front alienating Mr. Sampanthan’s ITAK.

After the meeting, the Board of Directors of Sri Lankan Airlines was summoned for a meeting. The Board came under scathing criticism from the Ministers over the financial position at the national career.