The editor.
The Island Colombo.

I wish to respond to the piece written by Janaki Chandraratna that appeared in The Island newspaper datelined 25 November 2019 under the caption ’The ethnic question’. She claims “Of the 21.44 million, Tamils (11.2%) and Muslims (9.7%) live all over the island, whereas the Sinhalese Buddhists (70.2%), in particular, are not welcome in the Northern and Eastern provinces. Hindu temples and mosques have sprung up practically in every corner of the island, and the Buddhist temples, some of which are of significant historical value, are under attack, in some parts of the North and the East.” This statement is misleading, to say the least.  In a democracy, there is no majority or minority on the basis of ethnicity or religion. All are equal before the law and treated equally qualitatively. 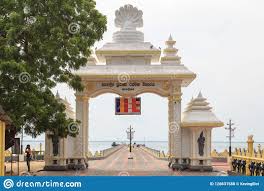 Janaki alleges that Hindu temples and mosques have sprung up practically in every corner of the island whereas even a few Buddhist temples are under attack. As far as Hindu temples are concerned they did not “sprung” all of a sudden. They are there for centuries. Likewise, there is an ancient Buddhist Vihara in Nainativu (Nagadipa) where there is also a Hindu temple. Both have historical roots spanning many centuries. On the other hand, many Buddhist temples have sprung up during the last few years inside and outside army camps due to the presence of over 150,000 solders in the North.  These soldiers being mostly Buddhists need those temples for worship.

Recently a large Buddhist temple was built at state expense inside the Jaffna University Agricultural campus at Kilinochchi for Buddhist students. In contrast, there is only a tiny Hindu temple built inside the campus. 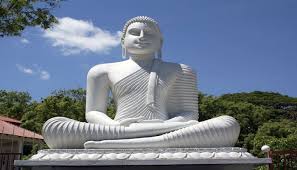 Buddhist temples have also sprung up all over the North where there are NO Buddhists. What more the Buddhist temples are built on state land and in many instances by the army.

The problem arises when some overzealous Buddhist Theros want to construct Buddhist temples in state land under the ruse the land is a Buddhist archaeological site. The fact that Tamils themselves embraced Buddhism from the 2nd century AD to 9th century AD is ignored by contemporary historians. Some of the famous Hindu Temples in Tamil Nadu were once Buddhist Viharas.  Manimekalai is an epic composed by Buddhist poet Sathanar in the 2nd Century AD.  There are also other well known Tamil Buddhist epics like Valaiyapathi (now extinct except for few verses), Kundalakesi and Jivaka Cintamani. Manimekalai is one of the famous masterpieces in Tamil Buddhist literature.  It tells the story of the daughter of Kovalan and Madhavi, in 30 cantos, who became a Buddhist Bhikkuni.

In Weli Oya (formerly Manal Aru) due to state-sponsored Sinhalese settlements under the Mahaveli Development Board, there are many Buddhist temples for worship by Sinhalese settlers. 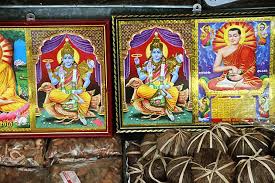 Tracing history back Buddhism and Hinduism both originated in North India.

Buddha himself is a Hindu and Buddha’s teaching of the Eightfold Path and Four Noble Truths are similar to the teaching found in Hindu Upanishads. They have shared parallel beliefs that have existed side by side but there are also pronounced differences.

Buddhism was supported by the royal courts and attained prominence in the Indian subcontinent along with Samanam (Jainism). It started to decline after the Gupta era and virtually disappeared from India in the 11th century AD, except in some parts of India including Tamil Nadu. Buddhism being a missionary religion.  it spread outside India in several East Asian countries.

Certain Buddhist teachings appear to have been formulated in response to ideas presented in the early Upanishads – in some cases concurring with them, and in other cases criticizing or re-interpreting them.

The influence of Upanishads, the earliest philosophical texts of Hindus, on Buddhism has been a subject of debate among scholars. Some emphasized the influence of Upanishad influence on the Buddhist canon while others highlighted the points where Buddhism was opposed to Upanishads. One example is the caste system which is the cornerstone Vedic religion. Buddha denounced casteism and said “By birth one is not a Brahmin/outcaste, by deeds alone one is a Brahmin/outcaste. Therefore, according to the Buddha, it is the good and bad actions of a person and not his birth that should determine his status in society.

The Buddha introduced the idea of placing a higher value on morality and the equality of people instead of which family or caste a person is born into. The reason why the caste system is found among Sinhalese is the fact they were converts from Hinduism.

Sri Lanka was a Hindu country prior to the conversion of Devanampiya Theesan a Naga king. His father was Muthu Sivan, the name of God which is part of the Hindu Trinity, along with Vishnu and Brahma.   That the New Year is common to both Hindu Tamils and Buddhist Sinhalese for the same reason. When Vijaya died without an heir, his purohita and Chief Minister Upatissa,  a Brahmin priest, took over as Regent for one year until the arrival of  Panduvasudeva.

There are common beliefs between Buddhism and Hinduism. Though Buddha rejected the concept of soul and rebirth, he believed in rebirth for a different reason.

Buddha approved many of the terms already used in philosophical discussions of his era; however, many of these terms carry a different meaning in the Buddhist tradition. For example, in the Samaññaphala Sutta, the Buddha is depicted presenting a notion of the “three knowledges” (tevijja) – a term also used in the Vedic tradition to describe knowledge of the Vedas – as being not texts, but things that he had experienced. The true “three knowledges” are said to be constituted by the process of achieving enlightenment, which is what the Buddha is said to have achieved in the three watches of the night of his enlightenment.

Karma is a word meaning action or activity and often implies its subsequent results (also called karma-phala, “the fruits of action”). It is commonly understood as a term to denote the entire cycle of cause and effect as described in the philosophies of a number of cosmologies, including those of Buddhism and Hinduism. Both agree on karma, dharma, moksha and reincarnation. They are different in that Buddhism rejects the priests of Hinduism, the formal rituals, and the caste system. Buddha urged people to seek enlightenment through meditation. 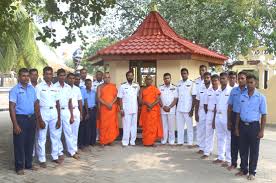 Gautama Buddha was very ambiguous about the existence of a Creator Deity (Brahman) and Eternal Self (Atman) and rejected them both. Various sources from the Pali Canon and others suggest that the Buddha taught that belief in a Creator deity was not essential to attaining liberation from suffering, and perhaps chose to ignore theological questions because they were “fascinating to discuss,” and frequently brought about more conflict and anger than peace. The Buddha did not deny the existence of the popular gods of the Vedic pantheon but rather argued that these Devas, who may be in a more exalted state than humans, are still nevertheless trapped in the same samsaric cycle of suffering as other beings and are not necessarily worthy of veneration and worship.

The focus of the Noble Eightfold Path, while inheriting many practices and ideologies from the previous Hindu yogic tradition, deviates from the teachings of the Bhagavad Gita and earlier works of the Dharmic Religions in that liberation (Nirvana or Moksha) is not attained via unity with Brahman (the Godhead), Self-realization or worship. Rather, the Buddha’s teaching centres around what Eknath Easwaran described as a “psychology of desire,” that is attaining liberation from suffering by the extermination of self-will, selfish desire and passions. This is not to say that such teachings are absent from the previous Hindu tradition, rather they are singled out and separated from Vedic Theology. 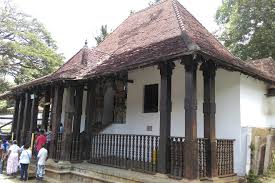 The early Buddhist Nikaya literature treats the question of the existence of a creator god “primarily from either an epistemological point of view or a moral point of view”. In these texts the Buddha is portrayed not as a creator-denying atheist who claims to be able to prove such a God’s nonexistence, but rather his focus is other teachers’ claims that their teachings lead to the highest good.

In Buddhism,  it is attachment rather than God, actions in past lives, fate, type of birth or efforts in this life that is responsible for our experiences of sorrow, no systematic argument is given in an attempt to disprove the existence of God.

Buddha (as portrayed in the Pali scriptures, the agamas) set an important trend in monotheism in Buddhism by establishing a somewhat non-theistic view on the notion of an omnipotent God, generally ignoring the issue as being irrelevant to his teachings. Nevertheless, in many passages in the Tripitaka gods (Devas in Sanskrit) are mentioned and specific examples are given of individuals who were reborn as a god, or gods who were reborn as humans. Buddhist cosmology recognizes various levels and types of gods, but none of these gods is considered the creator of the world or of the human race.

Buddha preaches that attachment with people was the cause of sorrow when ‘death’ happens and therefore proposes detachment from people. Hinduism though proposes detachment from fruits of action and stresses on the performance of duty or dharma, it is not solely focused on it. In Hinduism, Lord Shiva explains ‘death’ to be the journey of the immortal soul in pursuit of ‘Moksha’ and therefore a fact of life.

Undoubtedly, Buddhism and Hinduism can coexist happily and harmoniously compared to Christianity or Islam. Hindu gods have been included in the religious ceremonies of the Buddhists and Buddha has been elevated as the 10th avatar of Vishnu by Hindus!