“The time is right to consider consequences – both bi-lateral and multi-lateral – if Sri Lanka continues to repudiate its commitments,” says the Global Tamil Forum.

Issuing a statement today the GTF said: “Ten years after the end of one of the most brutal wars of recent times, all victims and their families, irrespective of their background, need justice and closure. Any further delay and diversions will only perpetuate the injustice and long-suffering.”

We publish below the statement in full:

It is almost ten years since the war ended in Sri Lanka. The Tamil community suffered the most devastating impact of the war. Death, enforced disappearances and displacement was the norm, literally not a single family was left unaffected. The misery reached a crescendo during the final stages of the war. Despite Sri Lanka’s attempt to conduct the war without witnesses, evidence of brutality came to light in the form of videos, photographs and victim statements after the conclusion of the war. The systematic violence – sexual abuse and cold-blooded execution of war surrenderers, indiscriminate shelling of hospitals and safe zones, and denial of desperately needed humanitarian assistance – led to the deaths of tens of thousands during the final stages of the war, mostly Tamil civilians in the hands of the country’s security forces.

Though the UN system failed miserably in 2009 to protect civilians, subsequent initiatives taken by the leading UN officials to address this failure were notable and praiseworthy. The leadership shown by these UN officials with the support of a core group of countries led to the adoption of five UNHRC resolutions on Sri Lanka. Sri Lanka itself co-sponsored the last two, 30/1 (2015) and 34/1 (2017), committing to implement transitional justice measures, including those related to truth, justice, and reparations.

Despite Sri Lanka’s public pledge, its commitment and conviction to faithfully implement the resolutions have been lacking from the word go. Merits of the accountability process and the need to end impunity for the future wellbeing of all its communities hardly entered a national dialogue. A comprehensive plan to implement all aspects of the resolutions was never developed. Instead, it was always an ad hoc, politicized process with twin objectives – a façade of actions to keep the international community at bay, while no judicial enquiries that would indict military personnel or bound to result in political fallout. Justice for the victims and their families was never a serious concern.

It is in this context that all of Sri Lanka’s diversionary tactics and half-measures should be understood – a Consultation Task Force (CTF) whose well-considered recommendations were dismissed out of hand; operationalising Office of the Missing Persons (OMP) after years of delay but with a restricted mandate to be effective; the undue delay in repealing the draconian Prevention of Terrorism Act (PTA) and replacing it with an Act that meets international standards; and now the plan to set up Office of Reparation, without synchronising it with the judicial process. Regarding the crucial aspect of criminal accountability, Sri Lankan leaders have been consistently stating that no international judges will be incorporated into the legal process – a key requirement of the resolution, and a core demand of the Tamil victims. Sri Lanka has made zero progress on this matter.

The recent call by Prime Minister Ranil Wickremasinghe for a process of truth-telling, regret and forgiveness – without the key promises of justice and accountability, and the statement by President Sirisena that discussions were going on regarding Sri Lanka withdrawing from UNHRC commitments, therefore, are astounding, sinister and dangerous. Whether these are tactics to avert judicial accountability or bargain positions to weaken international will or truly ill-considered steps to seclude Sri Lanka from the international processes – only time will tell.

Letting Sri Lanka off the hook at this critical juncture without formal UN scrutiny will invariably result in the abandonment of its accountability commitments. No doubt it will alienate the Tamil community by failing to address longstanding grievances related to impunity, thus effectively extinguishing the prospect of reconciliation. It will also abruptly end the processes designed to mitigate the past UN failures and convey a dangerous message that accountability commitments for international crimes are expendable.

As Sri Lanka continues to squander a unique opportunity to address its tragic past, the Global Tamil Forum (GTF) calls on the international community and the members of the UNHRC, to ensure that Sri Lanka firmly remains on the UNHRC agenda until all aspects of resolutions 30/1 and 34/1 are fully implemented without exceptions. The new resolution contemplated must be strengthened by a time-bound action plan and be subject to more rigorous monitoring by a special country rapporteur and/or by OHCHR presence in the country or by any other suitable mechanism.

The time is right to consider consequences – both bi-lateral and multi-lateral – if Sri Lanka continues to repudiate its commitments. These include the UN Member States exercising universal jurisdiction, particularly in the absence of the promised special court; adopting effective vetting procedures that would deny travel privileges to those credibly accused of international crimes; and targeted economic and military restrictions. The recent constitutional crisis and resolution offer a useful model as it amply illustrated the vulnerability of Sri Lanka to external economic pressures. Our request is that failure at UNHRC should trigger alternate UN processes involving multiples of UN organs to establish criminal accountability.

Ten years after the end of one of the most brutal wars of recent times, all victims and their families, irrespective of their background, need justice and closure. Any further delay and diversions will only perpetuate injustice and long-suffering. 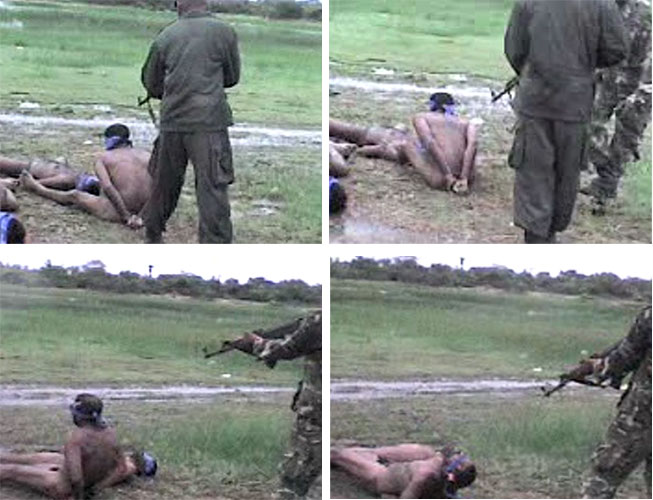