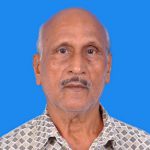 I refer to the news Report on the front page of the Daily Mirror of 20th September, under the above heading. The redeeming factor is that it is only a “Theory “of Prof. Channa Jayasumana (CJ), based on his controverted facts of Lankan history, presented before the forum of the UNHRC, on behalf of the “World Patriotic Lankan Forum”, countering the Tamil Homeland Concept. The historical falsehoods stated by the Prof. CJ prompted me to respond to his views. His speech before the UNHRC forum may go passively with the western audience, as they are not conversant with our ancient history.

I must, at the outset, clearly declare that I do so, as an independent, “free thinker”. I have no interest in Tamil politics or in Sinhala politics. My interest is purely an academic one, of our country’s history, and nothing more and nothing less. When history is controverted with falsehoods to serve the parochial ethnic interest of a community, whether it is Tamil or Sinhala, there is a compelling urge to reveal the falsehood and state the factual truths based on my knowledge of history. My comments are restricted to the news Report only, as I have not accessed the full speech delivered by Prof. CJ at the UNHRC.

The concept of a Traditional Tamil Homeland

Is the Tamil“ Homeland Concept” a violation of a Human Right to be canvassed before the Forum of the UNHRC? Does it violate the Human Right of another ethnic community? On the contrary, I would say it is, itself, a Human Right of a Community of people, to have a Homeland for themselves, provided it fulfils the necessary ingredients for Self-determination as outlined by the International World Body, the United Nations Organization. The requirements to be fulfilled are:

The above conditions are satisfied by the Tamil people of the North Eastern region of Lanka.

Thus the concept of a traditional Homeland of the Tamils is based on a principle of legitimacy, acceptable by UN standards. Therefore, how can the Homeland Concept violate the Human Right of the Sinhala ethnic community? Prof. CJ states that a “mythical  history had been created by racists in Sri Lanka leading to the violation of the Human right of all Lankans.” The qualifying word is all (my emphasis) which has been decidedly used to make it appear democratic and inclusive. Once the Tamils and the Tamil speaking Muslims are taken out of “all Sri Lankans”, what remains is only the Sinhalese. In other words, what Prof. CJ says is that The Homeland Concept violates the Human Right of the Sinhalese. The Sinhalese community constitutes 75% of the population and spread over ¾ of the land area of the country. The Tamil community may be about 10 or 12 % of the population and confined to about ¼ of the land area of the country, where they are the preponderant majority. How could this be a threat or violate the human right of the Sinhalese community? It is preposterous.  What is implied is that the Sinhalese are claiming the whole country, belongs to them, and the Tamils are aliens. Conversely, it is the majority Sinhalese who by denial and non-recognition of a Tamil homeland, violating the human right of the Tamils. In the light of the ancient or pre-history of the Island nation, the Tamils are also original inhabitants of the country. There was no separate, independent country called Lanka around 9000 years B.C. It was part of the Sub-continent of India with a mix of South Indian Dravidians of various ethnicities, such as Tamils, Telugu, Malayalees, Kannada etc. There were no inhabitants, called Sinhalese then. Due to a Geological upheaval, the present Lanka, being a part of the Continental mass, separated from India . Without delving into the ancient prehistory of the island, I will confine myself to the specific views expressed by Prof. CJ.

1. Prof. CJ states that “when the Portuguese arrived in Sri Lanka, Sinhalese people were the majority in the Jaffna Peninsula”. This is just an assumed generalization. This is not backed by any Census statistics, because there was no official census compiled at that time. I don’t know how this was ascertained by him. At least, he could have estimated the number of the Sinhalese and Tamils in the population.

2. Prof. CJ says that “the Dutch who occupied the coastal areas of the country around 1650 A.D. brought the Vellalar Tamils from the present Tamil Nadu for their tobacco plantations”. Prof.CJ has with deliberate intention has qualified the Tamils as “Vellalars” to match the present preponderant Jaffna Tamils, who are high Caste vellalars. Prof.CJ is twisting this fact by adding the Vellalar description to it, to establish that the Jaffna Tamils were of recent origin during the Dutch period. Prof.CJ is innocent of fact that high Caste Vellalars will never venture out of their country to work as menial labourers, in the first place. Moreover, Prof.CJ seems to be ignorant of the fact that the Portuguese preceded the Dutch occupation of the country. When the Portuguese arrived, the Kingdom of Jaffna was already in existence and was ruled by the King, Sangili. There cannot be a kingdom without the Tamil people to rule. The absurdity of the contentious argument of Prof.CJ is revealed, if I say, that the British also brought the Vellalar Tamils from Tamil Nadu to work in their Tea plantations and the present Estate Tamils are all Vellalars. One can see how ludicrous is Prof. CJ’s view.

3. Prof. CJ says that scholars like Prof. Karthigesu Indrapala (I wonder he is a Tamil or Sinhala?) has pointed out (my emphasis) that there were no permanent Tamil settlements in Sri Lanka, before  13thcentury A.D”. It is noteworthy that no verbatim quote is reproduced of the said scholar. Therefore, the veracity of the statement attributed to him is of a dubious nature. On the contrary, I quote a positive, stronger and affirmative statement of a renown historian of Lanka, Dr Paul E. Peris, which is diametrically opposite to the so-called point of view of Prof. Karthugesu Indrapala- I quote “Following excavations of Kanthrodai, the ancient capital of Kings of Jaffna, I believe North Ceylon was a flourishing settlement long before Vijaya was born”- unquote. In terms of chronology of time, this refers to a period before 500 B.C, which is when Vijaya is supposed to have arrived in Sri Lanka. This makes the statement that there were no Tamil settlements before 13 century A.D, a joke, to say the least. I think it is more pertinent for the learned Prof. CJ to engage in countering the above authentic truth before the UNHRC forum, than with his fictitious new theory countering the concept of the Tamil Homeland.

4. Moreover, the view that there were no Tamil settlements in Lanka before 13th century A.D. would make the reign of the Chola King, Ellalan for 44 years in the 1st century B.C and his defeat by the national hero, Dutugemunu, a nullity and a non-event. Surely, King Ellalan couldn’t have ruled an empty land without his Tamil subjects for 44 years.

5. The most astonishing and gigantic falsehood of history is the statement of the Prof. CJ  that “Tamil speaking people who constituted around 10% of the population with a history not going back to more than two hundred years”. As stated by historian Dr Paul E. Peris at (3) above, Tamil Jaffna kingdoms existed 500 B.C. and beyond. If the pre-history of Lanka is taken into consideration,that is, from the period Lanka’s separation from the mainland sub-continent, India, around 9000 years B.C. King Pulasthi, ruled from the city Pulasthinagar (later called Polonnaruwa) who was King Ravana’s grandfather, was followed by his brother Kumbakarnan, King Moothsiva and his son, King Devanambiya Tissan. Could the Prof.CJ enlighten us, who these Kings are? Were they Sinhalese and Buddhists?  What was the religion of King Devanambiya Tissan, before his conversion to Buddhism? These are the unanswered questions of our ancient history, by scholars and Professors like Channa Jayasumana. I would argue that they were all Hindu Dravidians, Tamil or Telugu or both. There was no Sinhalese or Buddhism during this pre-historic ancient period.

6. One may ask if all the people of that ancient period were Dravidian Hindus, why is that the majority of the people (75 %) of the population today are Sinhalese? It is a valid question, yes. The simple answer to this question is the introduction of Buddhism to the country in 247 B.C. by Emperor Ashoka”s son, Arahat Mahendra. The ruling King Devanambiya Tissan, being a Hindu, accepted Buddhism. This was a major turning point in the history of Lanka. The people too followed the King, and accepted Buddhism. However, people did not, overnight, renounce their Hindu faith, but continued with their worship of Hindu deities and observance of rituals and customs, side by side with the observance of Buddhist tenets, the Four Noble Truths and the Eightfold Path. This, resulted in a Schism in Buddhism, as in India. There were two schools of Buddhism, called the Mahayana and Theravada Buddhism. The latter being the pure orthodox Buddhism and the former a hybrid form of Hinduism and Buddhism. This division of Buddhism prevails even today, with some countries practising Mahayana, and Lanka following the Theravada doctrine of pure Buddhism. Even today, most of the Buddhist temples have a Devalaya of Hindu deities. Nobody can deny this palpable truth. Secondly, the evolutionary creation of the Sinhalese language, first orally in the spoken language, using modified Tamil words and later in the 7th century A.D in the written language, which was created on the basis of the Tamil Alphabet and the Tamil Grammar, Virasolium. This is even affirmed by Dr.C.E. Godakumbura. Thus, the Sinhala language arrived, based on Tamil and Sanskrit languages. Rev. Gnanapragasam says there are more than 3000 Tamil words in the Sinhala language.

Thus, the two main elements necessary for a particular identity of a people, Religion and Language, became a reality. The large-scale conversion of the people to Buddhism and the adoption of a separate language, spread over a period of 1300 or 1400 years, with their biological increase, gave the Sinhalese a dominant Majority, today. The ratio of the difference between the residual  Tamils/ other Dravidians, and the Sinhalese would have been more or less same around 1st century A.D, that is 25% and 75%, respectively, when the population would have been about say  ½ a million. Today after a period of 20 centuries, with the additional inputs to population, the Muslims, Tamils of Indian origin, Burghers, Malays and other minor ethnic groups, the percentage of Tamils dwindled, in the composite population of 20 million, to about 10-12%. Therefore, the reason for the disparity between Tamils and Sinhalese, that is 10/12 % and 75% respectively, is the primaeval conversion of the Dravidian Hindus to Buddhism and the adoption of an artificially created language, which gave rise to the Sinhalese identity. Prof. CJ brags about, saying that  “75% of the population with a history of more than two thousand years and Tamils speaking people who constitute around 10% of the population with a history not going back to more than two hundred years”. Prof CJ is impervious to the knowledge that Tamils and their religion, Hinduism, has an un-datable history of ten millennia and beyond, making 2000 years history of the 75% of the Sinhala population, chronologically speaking, to insignificance.

7. Rather than countering the Homeland concept of the Tamils by claiming a fictitious violation of the Human Rights of the Sinhalese, it is more desirable that the Prof.CJ and the like-minded intellectuals and the Sri Lankan State, counter the specific UNHRC resolution 30/1, alleging violation of International Human Rights Law and International Humanitarian Law, and the War Crimes charges brought against the country, during the Civil War against the Tamil militants.