As far back as in October 2014, President Mahinda Rajapaksa accused the Northern Provincial Council government of hampering the development of the Northern Province. His specific charge was that “the government has provided a significant amount of services for the welfare of people in the North” and that  “They are not allowing us to do our work and they are not doing work either … The Chief Minister of the NPC and his administration are hindering the development work in the North in fear of losing votes from the general public (DBS Jeyaraj, 12 Oct.2014). 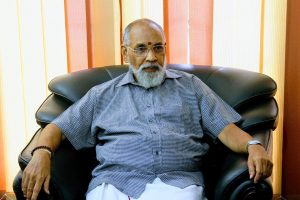 In March 2016 the JHU’s Nishantha Sri Warnasinghe claimed “that Chief Minister Wigneswaran had spent only 20 per cent of the allocations for the development of the Northern Province last year. The Chief Minister had returned the balance 80 per cent to the Treasury at the end of the year.”

TNA sources say that year was an aberration and that the monies are very carefully spent. Many confirm that it was indeed an aberration. However, a fresh issue has come up over health insurance for NPC Members. Did the NPC act with fiduciary responsibility in that use of funds for Members?

Reimbursements for medical costs to members amounted to a small fraction of this. The details of the main recipients whose reimbursements exceeded or came close to costs are, based on RTI information: Rs. 5,00,000 for the Chief Minister, Rs. 3,20,000 for the Opposition leader, Rs. 1,66,000 in two claims for Member Sivajilingam, and Rs. 60,000 for Member Sivayoham. That is a clear profit of Rs. 15 lakhs for the insurance company.

One Jaffna resident, a service-oriented doctor, said, “While NPC Members treat themselves like this to top class medical attention, ordinary folk lack that luxury.”

A government doctor into extensive private practice saw nothing wrong: “Insurance companies need to make money if they are to provide services. Do you think we need to provide free services to those involved in gang fights?”

He was referring to the incident around 6:00 am yesterday, 06 Sept 2018, at Kalliyankaadu. Ten men on 5 motorbikes had attacked the occupants of 4 houses with swords. Reports indicate that a person in Nallur had, about a month back, been attacked by a gang and that this was a counterattack for revenge.

Among the houses attacked yesterday, one was attacked by mistake. In that house, 24-year-old Selvarajah Sujeevan had been lying down sick. He received four deep hacks and was in very bad condition at the Jaffna Teaching Hospital. His father, Veluppillai Selvarajah also was cut very badly. One Sarojinidevy aged sixty from another house was injured likewise.

The civic-minded doctor responded, “Selvarajah Sujeevan certainly needs state help for his treatment and that is being provided at the Teaching Hospital. But is that enough, especially for Sujeevan who is not a gang member?”

The NPC administration under Chief Minister is an unmitigated disaster for the people of the North. Even after 5 years in office, the man does not know the purpose for which the NPC or for that matter any PC was created. It was to bring economic development near to the people.  For the purpose of improving the livelihoods of the people who suffered during the war.  A majority of them are living hand to mouth, but economic development is anathema to him.  He makes the stupid statement that economic development is not what the Tamil people want, they want a political solution to the ethnic problem. What can you expect from a nitwit with this archaic mindset?

Under his stewardship, the NPC has passed 415 resolutions during the last 5 years. This is a record for a PC and should qualify for a place in the Quinces Book of record.

In politics, he is a novice. He spent 25 years as a judge and after retirement devoted his time to hold anniversaries for the serial rapist Premananda who received two consecutive life sentences for raping 13 girls, most of the underage. He also murdered and buried a young engineer who dared to challenge the nefarious activities of Premananda. Not just anniversaries, Wigneswaran has built a temple for Premananda at Puiyankulam.

Wigneswaran spurned the offer of USD 150 million aid offered in 2015  by the UNDP Representative in Colombo for providing assistance to farmers in the North. But he wanted a job for his nephew Nimalan on a salary of USD 5,000 to supervise the Project. When this was turned down, he rejected the aid.  That speaks volumes about his bloated arrogance.

Today (7th September) Wigneswaran and his two Ministers have been hauled up before the Supreme Court for contempt of court following a case filed by another Minister dismissed by Wigneswaran. What a  public shame to a retired Supreme Court judge?

Unfortunately, his stooges are praising him sky high for his confrontational and sterile politics.