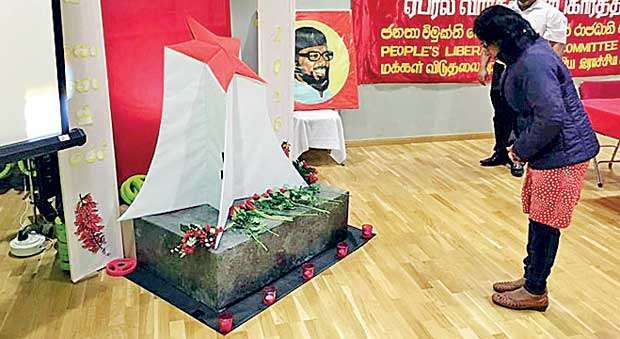 The first public consultation by the Members of the “Office on Missing Persons” was held in Mannar a week ago, 01 year and 09 months after the law was passed in Parliament. The mood of the participants, the affected mothers, fathers, family members and civil society representatives weren’t in line with the placards that read “Welcome OMP” in Tamil, held outside, for the media.
Though there wasn’t much hype over the event, especially in Sinhala mainstream media, the coverage nevertheless said, there was scepticism, frustration, disagreements on powers of the OMP and much grumbling about how far the OMP would actually go with its investigations.
There was one simple demand though from the participants. A demand for a fundamental difference in how the OMP would approach the festering issue they are 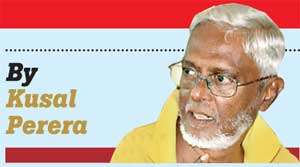 mandated with.
Participants were quite clear about it, although the ITAK leaders of the TNA in Parliament meekly gave into the Yahapalanaya leaders in bringing the OMP Act for missing persons.
These mothers, fathers and family members said, their sons and daughters didn’t just go missing. They disappeared after they were handed over or taken over by some State authority.
The message was clear from day one of the OMP meeting with affected families in Mannar.
With much resentment about the setting up of the OMP without any consultations with the affected persons, they wanted the OMP and by default, the Yahapalana Government to at least accept, their family members were not just ‘missing’ but were “victims of enforced disappearances” at the hands of the State. It meant in no uncertain terms, “If the Government is not even willing to accept their family members were victims of enforced disappearances by the State, what purpose would it serve for them to come before the OMP?” Obviously, if they were persons who had just gone missing, then there is no necessity for the Government to have a special Act passed in Parliament and have an OMP at taxpayers’ expense.

If the “Yahapalanaya” Government believes and the ITAK leadership agrees they were about persons gone “missing”, these people should have been asked to lodge complaints with the closest Police Station for the normal investigation process to take place, instead of an OMP looking into them. The bottom line is, if the Government is not prepared to accept the issue is about “enforced disappearances”, then the OMP is another fraud played out on these people.
It is not simply on legal jargon these affected families in Vanni are arguing on. Yet, they firmly believe it is the responsibility of any duly elected Government, to accept there were enforced disappearances of citizens of this country during the last phase of the war and after the war was, militarily concluded.
That, in fact, is the conflict. These affected families know how their beloved sons, daughters and family members disappeared, but this Government, as the previous Rajapaksa regime did, does not want to accept the responsibility of State security forces in disappearances. That leads to many things that are obvious. Reconciliation remains just rhetoric in Sri Lankan politics, reduced to promises in public statements made by Southern political leaders and to mostly irrelevant livelihood projects for North and East, funded by donor agencies and their Western Governments.
No difference to the previous Rajapaksa Government, the present “yahapalana” Government restricts their response to North and East and that too without consultations with war-affected people and without considering what their priorities are.
They want the world to accept what they do as “reconciliation” is just right.
One major reason for reconciliation to remain in the ‘clouds’ is the political impotence of Sinhala leaders in facing up to the challenge of taking up post-war issues.
Their Sinhala racist bias is in avoiding any dialogue with the Sinhala South, on what the war-affected people keep demanding as their legitimate due. What is therefore termed as Reconciliation in the Sinhala South is what Southern Sinhala extremism would not question.
But “reconciliation” depends solely on the acceptance and the ability of the Sinhala South to dialogue issues in the war-torn North and East.
The Southern Sinhala ability to accept the conclusion of the post-war human issues are far more serious and complex than what the South experienced during the JVP led massacres and the State repression.

“Scepticism, frustration, disagreements on powers of the OMP and much grumbling about how far the OMP would actually go

Accept, their family members were not just ‘missing’ but were “victims of enforced disappearances” at the hands of the State.”

All who were detained with and without proper legal proceedings were released without prosecutions. Detention centres that were run by the military in most parts of the South were dismantled within a very short period. Schools that were occupied by the military were handed over to educational authorities with equal speed. The military was immediately removed from all civil activities and from security operations in the South.

Most, unfortunately, there was no serious and consistent campaign demanding the 60,000 disappearances that Mahinda Rajapaksa spoke about in his Human Rights campaign should be investigated into.

The Mothers’ Front that Mahinda Rajapaksa along with Mangala Samaraweera brought on stage led by Dr Manorani Saravanamuttu was swallowed up by then Opposition SLFP and thus folded up without much impact. In 1995 under President Chandrika Kumaratunge’s Presidency, the Manouri Muttettuwegama Commission could count only around 24,000 disappearances from representations made to it.
Regrouping of the JVP was also accepted and allowed.

Nobody asked the “new JVP leaders” where they hid their weapons and ammunition. No one asked for investigations into hundreds of killings attributed to the JVP and demanded arrests of suspected JVP cadres.

Neither the Police nor the military intelligence visited their homes regularly and tracked their daily life. They had all the freedom to get involved in political activities.

True enough, there were no investigations into “excesses by security forces and the police” as it was after the 1971 JVP insurrection when the Kataragama Manamperi arrest, torture, rape and murder was investigated and the military officers responsible were prosecuted. After 1987 to ‘90 bloody massacres were over, both the affected Sinhala families and the Sinhala State had reconciled to leave them behind and get along. So much so, no one ever bothers to ask if the proscription slapped on the JVP during the 1983 July Tamil pogrom was ever lifted.
North-East is certainly treated differently after a much bloodier end to the war. Security forces camps that were established during the last stages of the war and after still remain with permanent structures.

“One major reason for reconciliation to remain in the ‘clouds’ is the political impotence of Sinhala leaders in facing up to the challenge of taking up post-war issues.”

Regions occupied by security forces have not been given back to their legitimate owners. The intelligence and surveillance networks still operate. The military has carved out profitable areas of economic life in North-East, for their own businesses.

And they remain decision makers in Northern and Eastern daily life purely on the strength of Sinhala Buddhist politics.

Without any serious discourse on these issues in the South, Reconciliation remains like the proverbial Godot that never comes.

It is also this Sinhala Buddhist politics that compel the Vanni and North to say the OMP will not deliver results and it would not, unless the Southern Sinhala leaders turn South instead of North, to give reconciliation the lead it deserves.

It is the stubborn and sectarian reluctance in Sinhala South that decides the radicalising of the North-East in the absence of effective reconciliation.  The South needs to re-visit the bloody massacres during the JVP insurgency to learn a lesson or two on Reconciliation- to accept Mulllivaikkal week as the Tamil version of the “Il Maha Viru” commemorations and de-militarising as that is what took place during post-1987-90 repression in the Sinhala South.

That certainly would be the path for reconciliation and confidence building to begin a new way forward with a shared destiny.
Maybe, I am asking exactly the opposite of what the Sinhala extremism and the Sinhala political leaders want to live with. I wish I could be wrong on that.