UN Special Rapporteur on the promotion of truth, justice, reparation and guarantees of non-recurrence, Pablo de Greiff, who was in Sri Lanka on a 14-day visit, said today his report would include a series of specific recommendations concerning the judiciary and the Attorney General’s office, both of which are crucial for the success of transitional justice.

“I take it as a positive sign that there is awareness of the impact that the enormous backlog has on both victims and the accused, and acknowledge the efforts planned to increase the numbers of courts and judges,” he said.

Mr. Greiff said the Constitutional reform project was correctly undertaken in part as a non-recurrence initiative.

“It has tremendous preventive and reconciliatory potential. The articulation of a bill of rights for all Sri Lankans is of utmost importance. There are many other issues that are relevant from a transitional justice perspective that could have been a part of the constitutional reform project. They include strengthening provisions on the independence of the judiciary, the powers of the office of the Attorney General, the delimitation of functions of the different parts of the security system and the establishment of multi-layered oversight systems, to mention only a few. As the constitutional reform process moves forward, consideration could be given to some of these issues,” he said.

Mr. Greiff recommended the ‘domestication’ of international human rights standards and after the ratification of the International Convention on Enforced Disappeared, to enact legislation and incorporate it in the domestic legal system. He expressed concern about the use of ‘rhetoric’ such as, ‘war heroes will never be brought to trial.’

Mr. Greiff said this seemed to misrepresent the target of transitional justice accountability measures by suggesting that it is a generally anti-security agenda and also by forgetting that no one who has committed violations of human rights law or of the laws of war deserves to be called a hero.

He said one of the points of transitional justice accountability was shifting precisely between the legitimate and lawful use of force and the contrary, under conditions in which all relevant due process guarantees are meticulously adhered to, and in which not only the rights of victims but also the rights of suspects and the accused are protected.

“I will add that the promise mentioned regarding ‘war heroes’ was a legally unenforceable political statement and therefore cannot offer any real security. In order to make it effective it would ultimately require a violation of the principle of the separation of powers, the independence of the judiciary amongst others. Moreover it offers absolutely no warranty internationally. As the recent case presented in Brazil against a former member of the Armed Forces demonstrates, accountability will be sought either here or abroad. In my opinion, this is an additional reason for the country, with the full support of the Armed Forces, who stand a lot to gain from this process, to establish a robust and credible comprehensive transitional justice policy,” Mr. Greiff said.

He said the absence of a comprehensive plan also means that transitional justice, already being present in public debates, generates apprehensions.

“Some of those fears are the result of the political manipulation of the topic. Others stem from a lack of concrete answers that may assuage those apprehensions. And finally, the politicization of the topic in this context has also meant that it has been increasingly ethnicized. As a result, transitional justice is represented as if it were essentially a threat to the majority community, of interest to one of the minorities only and all others left at the margins,” Mr. Greiff said.

He said a comprehensive Transitional Justice Strategy should be adopted and that it should include a clear calendar for the implementation of the different transitional justice mechanisms, including truth, justice, reparations, and guarantees of non-recurrence.

Mr. Greiff made a number of recommendations in the scopes of Truth, Justice, Reparation and Guarantees of non-recurrence and called for the adoption of legislation promptly to establish a Truth Commission, to strengthen witness and victim protection scheme, repealing of the PTA and also to upgrade facilities at the IDP camps.

He said increasing capacities on investigations, forensics and prosecutorial strategies can only help current and future justice initiatives and the debate about the nationality of judges has led to politicization of the transitional justice discussions.

“The focus of the discussions about accountability should be on the means and preconditions for the establishment of credible procedures that guarantee the rights of victims and of the accused,” Mr. Greiff said.

As an expert who visited Sri Lanka in March 2015, he said he didn’t expect Sri Lanka to show a slow progress after two years.

“Slow progress on pre-conditions for transitional justice erodes trust in the Government’s capacity to move forward with the reforms,” he said. (Lahiru Pothmulla) 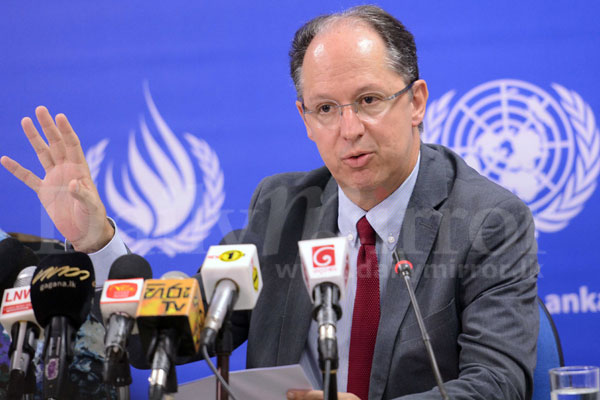 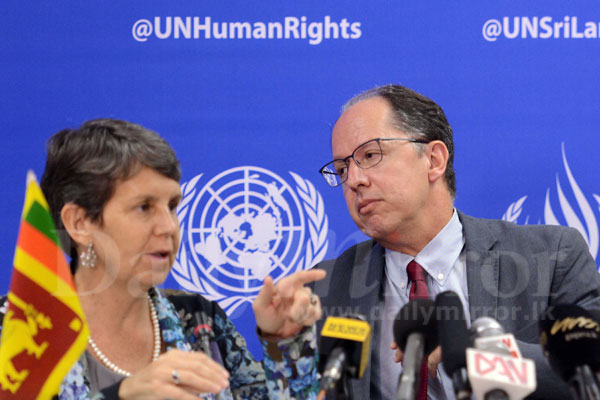 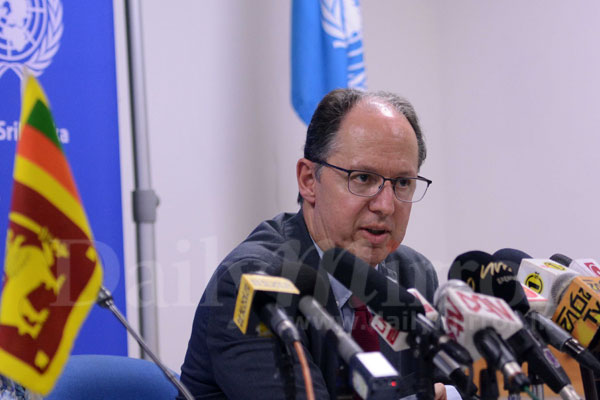 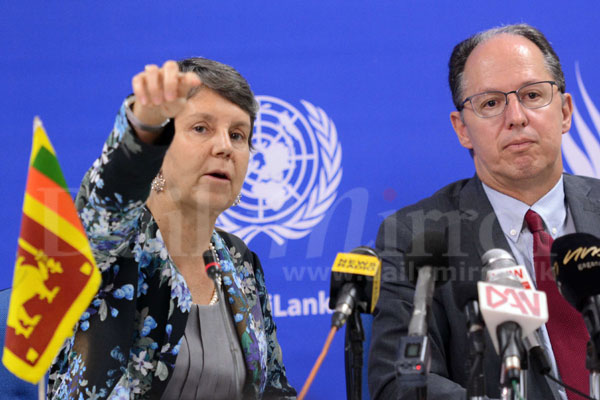