2017-09-22
What is important is to tell these marginalised Sinhala Buddhists, they are taken care of even through the Constitution

I have been given many epithets for trying to promote a decent and a civilised “North-South” dialogue for a common and a shared future with due respect to each other’s cultural identities. 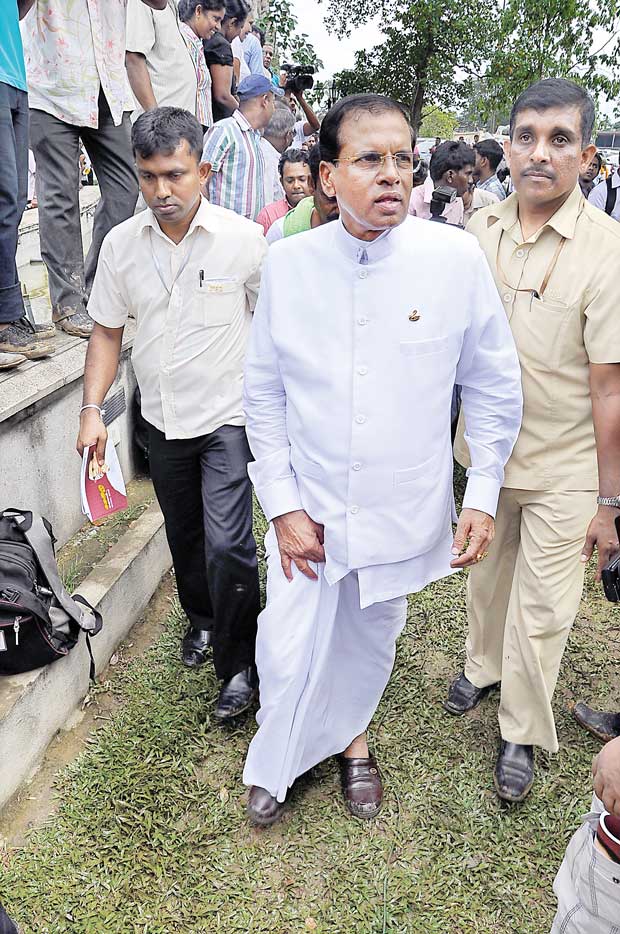 This week began with epithets like “Voice of (Tamil) Diaspora” and “A dollar paid Traitor”. Another called me a “Sinhala Buddhist basher”.

All commenting online, on the feature article which carried excerpts of Northern

Province Chief Minister Justice C.V. Wigneswaran’s keynote speech, at my book launch titled Rajapaksa the Sinhala Selfie, that was carried in the Dailymirror  on Tuesday.

All who still want to believe (Beliefs are often blind), the conclusion of the war has given them a “wonderful life” denied during the 30-year war. And perhaps believe this Yahapalanaya is to be blamed for what is going wrong now, despite the war victory.
Yet this Yahapalanaya Government is not messing up anything new. They are only continuing with the mess that was left for them to carry through. 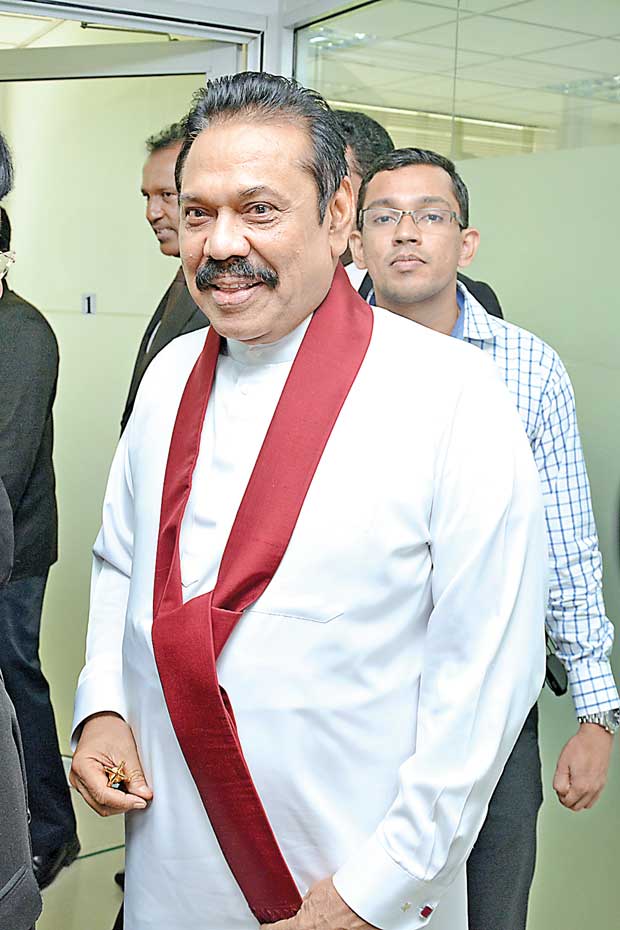 Though the urban middle class Sinhala citizens, vowed it was Rajapaksa and the Executive Presidency that led to mega corruption with an authoritative rule and ousting Rajapaksa would solve all problems, their Rainbow Revolution faded off in a month after ousting Rajapaksa in 2015 January. The mega bond scam and other deals followed no sooner than the sound of crackers died off.

It is the inability or reluctance of the Sirisena-Wickremesinghe Unity Government to break off from this Rajapaksa politics that drags this country into further mess. All because they are stuck hard and fast running a marathon with Rajapaksa, who is off on a Sinhala Buddhist track.

All crises the country is facing, have very clear Sinhala racist projections, which has nothing to do with patriotism. The ugly and insane public participation of Buddhist monks on the streets collecting money for penalties imposed by a Court of Law is a manifestation of Rajapaksa’s Sinhala racist politics.

This Yahapalana leadership, neither the President nor the PM is bold enough to challenge that and tell the people, this is no issue for Buddhist monks to play politics with and it insults all true Buddhists. 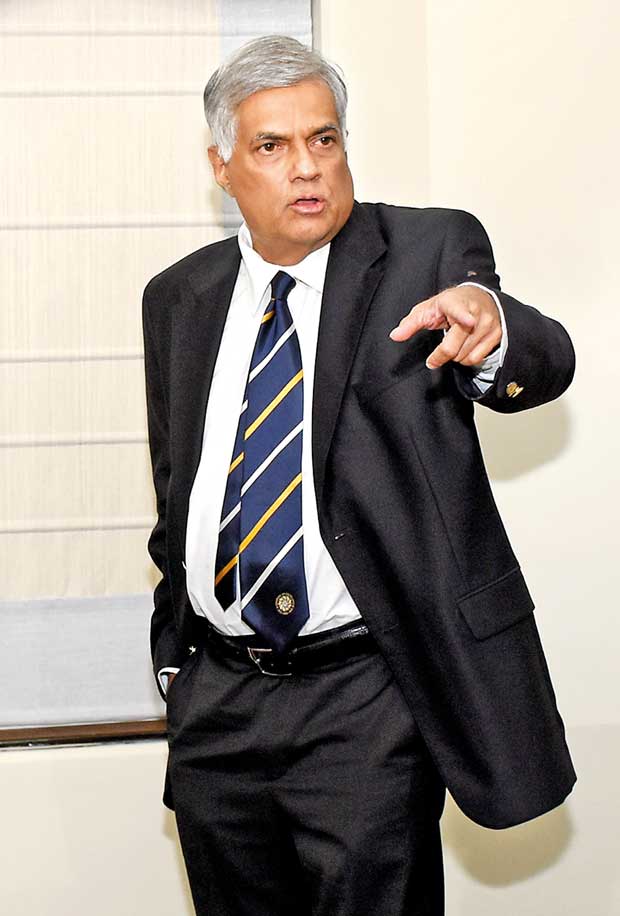 All other issues too were interfered with Sinhala Buddhist interests and given into by this Yahapalana leadership.

What this Dharma Neethiya (Religious law) is and where it matters is not known even in this lay Sinhala Buddhist society.

On June 28 (2017) the Chief Prelate of the Kotte Sri Kalyani Samagi Sangha Sabha Ven. Dr. Ittapane Dhammalankara Thera along with deputy high priests handed over a letter to President Sirisena that said about the proposed new Constitution.
It said:

“We do not agree with alternate proposals and unnecessary discussions regarding the position bestowed in the Constitution on Buddhism and the Unitary State concept….” they noted among many such complaints.

Asgiriya High Priest Venerable Warakagoda Sri Gnanarathana Thera with endorsement from his Karaka Sabha went a long step further to say this country does not need a new Constitution.

This Government’s leadership is been bullied by the Mahanayakes.

That was what made the Chief Prelates of Ramanna and Amarapura Nikayas absent, when President Sirisena signed the Gazette notification at the Magul Maduwa that declared all leaders of the 1818 rebellion as patriotic heroes.

Such action was not possible with President Premadasa who took oaths at the Pattirippuwa and with Rajapaksa who had the closed road opened for night races.

With no such political aggressiveness in decision making by the present leaders of this Government, the fact that these Mahanayakes also tacitly condone the political indiscipline and violence of the saffron robes, provides Rajapaksa driven Sinhala Buddhist political campaign a legitimacy to lead politics in the South.

Thus it is Sinhala politics that decides where the Sirisena-Wickremesinghe Government is politically heading.

The OMP (Office on Missing Persons) Bill that had to be adopted in Parliament over a year ago went into cold storage due to Sinhala politics. The amendments to the Witness and Victim Protection Act are almost forgotten due to Sinhala politics. Whatever is moved in snail pace in the North in an effort to keep the TNA leadership pacified is being done so with promises for a Unitary State and all privileges to Buddha Sasana.

If the ITAK leadership in the TNA still believed the promises it was given by this Government, would prevail over demands by the Sinhala Buddhist politics, they are not living with reality.

This is the first time in history- both SLFP and UNP leaders together-take the Tamil leadership on a blind path.

That was not the past experience when the SLFP and the UNP played opposing roles when one was in the Opposition.

The ITAK leadership in the TNA was confident a new Constitution with all the answers the Tamil people aspired for, would be in place before end December 2016. The respected Tamil leader Sampanthan told Tamil voters it would be so, during his election campaign in August 2015.

Two years later, today he is pleading with Mahinda Rajapaksa to support Tamil proposals for the Constitution. He is asking the US Ambassador to pressure the Government to abide by the co-sponsored UNHRC Resolution. He wants the international community to push the Government to honour promises on “transitional justice”.

It is time the veteran politician Sampanthan understood, this Government is on a Sinhala agenda.

That it is trying to figure out how it could meet the challenge of Rajapaksa at PC and LG elections they cannot avoid.

In the South, it is a mad fray, to win over Sinhala votes. Tamil and Muslims votes they believe can be taken care of by accommodating Tamil and Muslim leaders as allies in a Government.

Worst is their dilemma in the economic front. They have read everything wrong in global economics.

Wickremesinghe and his UNP failed to read post-2008 global economic slump in its right perspective.

Their reading was traditional and old fashioned. Since the 2008 global economic slump, the Western economies have not gained global dominance they had before the slump.

Now, it is China that rides rough shod over others, investing heavily in most Asian, African and Latin American countries. Chinese projects don’t come with human rights and accountability conditions tied to them.  Most leaders in ‘developing’ countries in charge of ‘free markets’ therefore, feel comfortable with China. So are Yahapalanaya leaders in this Government.  All Sinhala political leaders, blue, green or red, need to cater to majoritarian politics to live privileged and corrupt in this free market economy. The free market economy has left out 70 per cent of the population that live outside urban centres, in rural society.

That is from where Rajapaksa collected loads of Sinhala votes polling 5.8 million at the 2015 January Presidential election.

This free market economy cannot provide any decent development for rural life. No Megapolis programme accounts for their life, other than as cheap and exploited labour.

They are thus being mobilised by whipping up Sinhala Buddhist patriotism. They are told; they should save this Sinhala Buddhist country, not from those who rob their economic benefits, but from Tamil separatists and Muslim fundamentalists.
Constitutions are also made for such politics. It is for that the Unitary State is given such uncompromising importance and how Buddhism is provided the foremost place in the Constitution.

What is meant or defined by foremost place isn’t quite certain and it need not be. What is important is to tell these marginalised Sinhala Buddhists, they are taken care of even through the Constitution. What the high priests are more concerned about is the next phrase that is written into the Constitution.

That in Chapter II the Constitution 9 says, “….it shall be the duty of the State to protect and foster the Buddha Sasana” (emphasis added).
It thus means it is Bikkhus, who are protected and fostered even at their worst, whatever happens to Buddhism.

This hoax is explained quite rationally by a dissenting Buddhist practitioner in robes who calls himself Sri Samantha Badra Himi.

For the first time I tend to agree with him when he says,

“How can Buddhism be destroyed? That is what is in your cleansed ‘self’. Buddhism is not the Temple of the Tooth relic, or the Sri Maha Bodhiya or me or anyone else. Buddhism is in our minds and in our intellectual, righteous ‘self’. When there are intelligent people, Buddhism lives….” (facebook.com/ashramaya/videos /1195998610486828 )

Buddhism thus cannot be ‘Sinhala Buddhism’ and has nothing to do with ‘patriotism’ either.

Even if one adopts Buddhism as ‘Sinhala Buddhism’ that cannot in any way be a tool to vote a corrupt and a plundering lot of politicians at every election. But this is what the constitutionally protected and fostered Buddha Sasana is all about in politics.