The jaffna peninsula is situated in the extreme north of Srilanka (map 1).it covers the entire jaffna District. Pachilapalli AGA Division of the Kilinochchi District, which was temporarily attached to the jaffna District earlier, has been transferred back. There are and large islands around the peninsula. The peninsula is linked with the southern mainland at Elephant pass. The total area of the peninsula is 1,129.9 sq. km of which lagoons cover 45.7 sq. km.
GEOGRAPHICALLY JAFFNA PENINSULA IS DIVIDED INTO 4 SUB-REGIONS

The climate is tropical dry zone with temperatures ranging from 26C to 30 C. The highest temperature is normally recorded in the months of April and May. Annual precipitation ranges from 696 mm to 1.125 mm. it is fairly spread to 1,125 mm. it is fairly evenly spread over the area but the North East Monsoon rains from October to December account for 90% of the annual rainfalls.

The dominant feature is a long stretch of water, forming an internal lagoon, which divides the area almost into two, with the northern

outlet at Thondamanaru and the southern outlet at Ariyalai. The area is flat and of low elevation except in the northern central part of the western sector,in the area around Tellipalai, where the elevation rises up to 10.5 M above M.S.L. from here it slopes down gently twards the south and south-east, but to the north the elevation tends to drop abruptly towards the sea.
The soil pattern of the peninsula varies from reddish brown to sandy tracts. The reddish brown soil, which dominates in North Western and North Eastern areas, has the best potential for cultivation of up-land crops and fruits. Sand dunes are generally found in the north and the south. Some of the sand dunes reach even an elevation of 15 m above M.S.L Further to the south the area between kodikamam and Elephant pass becomes low and flat with sandy soils. the low 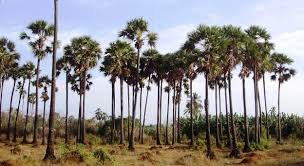 land soil is gray. Areas bordering the lagoons are cored with saline and alkaline soils.

ECOLOGY AND LAND USE

Jaffna peninsula is divided into two agro-ecological zones (panabokke and kannangara 1975). The main distinguishing characteristic of each of these zones, that the land use for agricultural purpose, for crops like paddy, vegetables, fruit trees, coconut and Palmyra, has declined by 14 per cent between 1986 and 2001. lt was 44,160 hectares in year 1986 declined to 38,347 hectares in 2001. The notable feature is the land with arable crops has been declined by 25 per cent, fruit crops by 22 percent and coconut by 37%. Lt has been estimated that about 5.800 hectares of lands have been abandoned due to unstable conditions over the last 15 years. Buildings and roads cover 21.3% of the land use in 1986 remains more or less constant through out. the balance extent of land is composed of sadly scrap jungle and 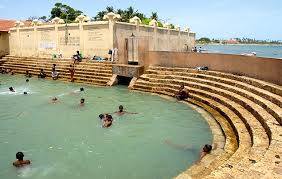 barren lands. Although these lands have no economic use, substantial investment is required to convert these lands for cultivation by soil recondite toning and regenerating etc. and also choice of appropriate crops of salt tolerance varieties.

There is no river in the peninsula. Therefore, surface water for domestic and agricultural purposes is scarce. However, there are over 1,000 ponds scattered all over the peninsula, which are replenished during the rainy season. Most of them serve agricultural purposes, but some of them are also used for domestic water supply and feeding livestock. These ponds also increase the aquifer reserves (map 3) as water percolates through the limestone into the underground. A distinctive feature of the peninsula is the underground formation of limestone. Due to this natural geological formation ground water is available at depths of 6 to 14 meters. The water is extracted through open dug wells constructed by the inhabitants for their domestic and agricultural purposes.

So far no comprehensive hydrology cal survey has been carried out to assess the quantity and quality of water available. in some areas water has been extracted excessively, resulting in increased salinity seasonally in some areas and permanently in others. Especially in areas close to the sea there is a high risk of salt water intruding into the fresh water permanently.
Apart from all the conflict related social and economic problems and constraints water is or will be one of the most limiting factors of development in the future if the status quo is maintained. The need is to get all water user to a common forum and work out strategies to overcome shortages and pollution of freshwater.
SOCIO- ECONOMIC ASSISTANCE

Since the beginning of the conflict 1983 local production and supply of food items have been decreasing drastically. Food production, except certain items, has never been and will never be sufficient to meet the local demand. Only 10% of the requirements of the rice were produced locally. 60% were brought in from the other Districts in vanni , from Trincomalee and Batticaloa. The rest had to be imported through Colombo. Vegetables and fruits were produced in Jaffna in excess and a substantial part of it is marketed to Colombo and the Vanni. The excess of seafood is also sold in the Colomdo market.50% of the milk products were products locally and 80% of the meat 50% of the milk needs were met by imports through Colombo (Milk Powder).20% of the meat comes from the Vanni. 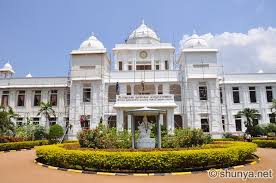 Industrial production has collapsed completely, but the number of cottage and small-scale industries and self employment schemes have been increasing since 1997.the service sector has always been underdeveloped, and trade is recovering slowly. The financial sector is well represented with branches of all the national banks, but operational performance does not meet the needs.