Govt. Must Educate Importance Of International Participation In Trials

The Commissioner of Human Rights Council Zeid Ra’ad Al Hussein is scheduled to visit Sri Lanka on January 05, 2016. Apart from meeting the President, Prime Minister, the Opposition Leader and others he will also visit the North to see at first hand the post-war situation there.

The government is still struggling to stabilise the country politically and economically. Many problems related to rehabilitation and re-settlement of thousands of Internally Displaced Persons (IDPs) remain a daunting task to the government. Though more than 6 years have lapsed since the end of the war, thousands of IDPs are still living in welfare centres and make shift huts without basic amenities.

The inordinate delay in releasing private lands acquired by the armed forces to the rightful owners is causing lot of heartburn among them. The IDPs are losing patience after waiting, in some cases, for over 25 years that include 6 years after the war.

The government has appointed a high powered committee to take a census of the lands still under army occupation in order to release them to the owners. According to an army spokesman, lands required for public security will not be released, but adequate compensation will be paid to the owners. 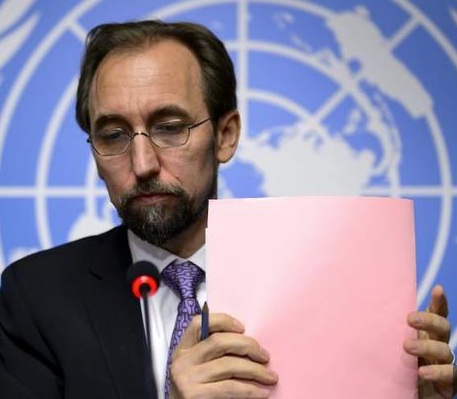 Poverty is a gigantic problem in the North, which is emerging from a 30-year conflict that decimated the area’s economy along with the people’s livelihoods. Those who have been re-settled lack jobs, houses, toilets, drinking water, schools, hospitals etc.

Out of 25 administrative districts, people from 9 districts, including Mullaitivu, Moneragala, Mannar and Batticaloa had a higher rate of poverty in comparison with others. In fact, in Mullaitheevu which faced the brunt of the war, 30% of the people are living below poverty line at national level (UN Annual Report -2015).  According to Sri Lanka’s official national poverty line, a person is identified as being poor  if his or her real per capita consumption expenditure falls below Rs.3,967 (December 2015) per month.

Problems relating to Thamil prisoners still linger on. President Sirisena’s promise to solve their problem before November 7 did not materialise. Here too, the government has appointed a committee to make recommendations, especially those suspects detained for long years, a few over two decades. Out of a total of 217 prisoners, 39 have been sent to army run rehabilitation camps; a few have been released on completing their term leaving approximately about 168 prisoners pending.

The 89,000 war widows have been virtually allowed to fend for themselves. LTTE cadres who were released after rehabilitation are undergoing tremendous hardship. During rehabilitation they were not given any vocational training, instead they were taught Sinhala language. The rate of unemployment is very high among them and some are resorting to petty crimes. In the absence of massive foreign investments, life after the war will continue to be hard for war affected victims.

Now, after a lapse of 4 months President Sirisena seems to entertain second thoughts regarding this specific operative paragraph. In an interview to the BBC on January 21, 2016 he claimed he was for a purely domestic inquiry mechanism without foreign judges or personnel, because he had faith in the Sri Lankan legal system and processes. His tone was emphatic and as though to reinforce his statement he told the Al Jazeera that there is a possibility that “foreign technical knowledge” may be sought, but no foreign personnel, no “outsiders” would be involved.

Prime Minister Ranil Wickremesinghe’ s on his part further muddied the situation by telling Channel 4 News on January 21, 2016 that Government had not ruled out a foreign judicial inquiry on alleged human rights violations in Sri Lanka. But, two days later on January 28, he told parliament he had never told such a thing during the interview he gave to Channel 4. He accused both the Daily Mirror and The Island being unnecessarily concerned about the probe on alleged human rights.  He went on to say that he would never allow an international war crimes probe and clarified the recent statement made by President Maithripala Sirisena that foreign judges are not needed for the probe saying the president only meant that most of the activities with regard to a probe will be done by local experts. “Myself, the President and the others in the government are of the same view,” he said.

Again on February 2, Wickremesinghe said that there is a constitutional bar on the appointment of foreign nationals as judges in Lankan courts. Lanka is not a signatory to the Rome Statute to accept foreign judges and courts. Allowing foreign prosecutors is also difficult because the Bar Council of Sri Lanka is unlikely to give foreigners a foothold in their exclusive preserve. If the Rome Statute is the problem, the way out is to sign the Statute. But, Wickremesinghe has always claimed credit for not signing the Rome Statute, saying had he done it to save Rajapaksa and others from the gallows after trial by the International Criminal Court.

It is apparent that the government has no intention whatsoever to implement the resolution fully. It might come out with further excuses claiming the resolution does not make the inclusion of foreign judges and prosecutors “mandatory”. It only talks of the importance of their participation in a Sri Lankan mechanism. It does not say that they SHALL be included. The stress is on setting up a “credible” mechanism. While ruling out foreign judges, President Sirisena has said that foreign technical expertise will be welcome.

However, to keep the UNHRC and other concerned countries in good humour, the government is talking about setting up a Truth Commission; a Missing Persons’ Office, and an Office of Reparations. Public consultation on redrafting the country’s constitution to provide for greater devolution of power to the Thamil minority is already on going.

The foreign media and foreign dignitaries were not slow in taking the Government to task for reneging a key paragraph in the UNHRC resolution. Human Rights Watch (HRW) one of the first to fire a salvo, said the Sri Lankan government should fulfil its commitments to the UNHRC by ensuring that foreign judges and prosecutors play a significant role in the mandated accountability mechanism for wartime abuses. The HRW went further castigating the government that it should be implementing its plans for a war crimes tribunal with international participation. It noted that progress on the implementation of the resolution has been slow and not wholly transparent.

The US Ambassador to the UNHRC in Geneva, Keith Harper, said Sri Lanka must have foreign judges in the accountability process on the war. Harper, who was involved in talks with the Sri Lankan government when the resolution on Sri Lanka was drafted before it was submitted and eventually adopted by the UN Human Rights Council, last October, said the accountability process can be credible only if foreign judges are involved.

Wickremesinghe told Channel 4, that the government would put together a mechanism for accountability and reconciliation by May. “I don’t think there is anything to be worried about. We are all people who fought for it. I put my neck out more than anyone else and by May all these doubts will go out.” This at most is only half the truth. When President Chandrika Kumaratunga introduced the new constitution in the Parliament in August, 2000 saying devolution of power was the most effective way to solve the ethnic crisis and appealed for support from the opposition, the UNP members led by Wickremesinghe reacted by tearing copies of the draft bill and burning it inside the parliament chamber.

If there is anyone who has given his neck to resolve the national question within a united and undivided Ceylon with maximum devolution of power to the Northeast, then it is R.Sampanthan.

It is Sampanthan who wants a permanent and durable solution to the national question that is acceptable to ALL three communities. He is a moderating influence in the affairs of Thamil politics. He criticises the extremists on both sides of the divide. He has eschewed separation, attended Independence Day celebrations after the change of government in 2015, and supported the government on crucial issues like the 19th Amendment. What more, it is Sampanthan who asked the Thamils to vote for Sirisena and vote for a change of government.

Sampanthan has faced and still facing strident criticism from Thamil extremists who accuse him of practising politics of appeasement. They have targeted Sampanthan and Sumanthiran as “traitors” and burned their effigies in Jaffna, Geneva and London. Even the Chief Minister of the Northern Provincial has accused Sampanthan of moving too close to the government at the expense of Thamil people’s interests.

The failure or the delay by the government to release army occupied lands to facilitate resettlement of IDPs, the indefinite  incarceration of political prisoners, the plight of 89,000 war widows, the threat posed to the livelihoods of Thamil fishermen because of poaching by Thamil Nadu fishermen have all added to the litany of woes and worries of Sampanthan.

Many Thamils now feel very pessimistic about their future. They say in unison, going back by past history, Sinhalese leaders cannot be trusted. Memories related to broken promises, betrayals, and discriminatory legislations, state sponsored Sinhalese colonisation give Thamils little hope that things will be different under Sirisena/Wickremesinghe regime. The flip flop over the implementation of Operative paragraph 6 has turned many optimist Thamils into pessimists for the first time since this government came to power.

The UNHRC resolution co-sponsored by Sri Lanka cannot be treated like another piece of paper. There is more to it. According to David Griffiths, Amnesty International’s South Asia Research Director the adoption of the resolution is a turning point for human rights in Sri Lanka, and crucially recognizes terrible crimes committed by both parties during the armed conflict. Although far from perfect, if the resolution and the underlying commitments of Sri Lanka’s government are implemented in good faith it presents an opportunity for victims to finally get the truth and justice they have been waiting for.”

The resolution calling for international judges, defence lawyers, prosecutors and investigators to ensure the credibility of the justice process is crucial. Sri Lanka has time and time again shown it is both unwilling and unable to investigate war crimes allegations against its own forces or hold perpetrators of grave abuses to account. Additionally, the local judiciary has always acted subservient to the ruling party. The only time when it stood its ground, Chief Justice Ms Shirani Bandaranayake was impeached by parliament on trumped up charges and then removed from office by Mahinda Rajapaksa in January 2013.

More importantly, the attempt to draw a new constitution will face insurmountable problems, if Sirisena/Wickremesinghe renege on the full implementation of the UNHRC resolution. The clear mandate given by the people both at the Presidential and Parliamentary elections should be respected.

In Sirisena’s own words “no one will be allowed to reverse the transformation that took place on the 8th of January, 2015. It is a silent revolution of the people who committed themselves for the independence and the democracy of the country. “

The government should not succumb to empty threats by Sinhalese extremists like Dayan Jayatilleka who is promising dire consequences, including impeachment, if the resolution is implemented. Instead, the government should educate the people about the importance of international participation in trials relating to serious human rights violations and war crimes.

It is hoped Zeid Ra’ad Al Hussein the visiting Commissioner of UNHRC will adequately brief the Government the serious political fallout if Sri Lanka fails to comply with the resolution fully and credibly. (https://www.colombotelegraph.com/index.php/govt-must-educate-importance-of-international-participation-in-trials/)