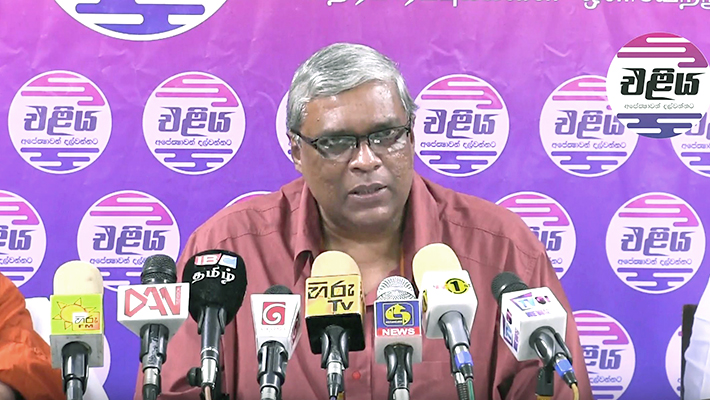 Police in Sri Lanka have misled the parliament body probing the eligibility of individuals appointed to positions of authority by providing false information about the Ambassador named as the Sri Lanka’s Permanent Representative to the United Nations in Geneva. 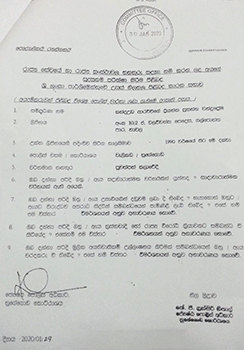 The ambassador-designate C.A. Chandraprema was named as a member of a state-sponsored death squad that operated in the late 80s and detained in 2000 in connection with the alleged murder of two human rights lawyers. He was later released after the Attorney General decided there were no legal grounds to proceed. Details of Chandraprema’s activities in the much-feared People’s Revolutionary Red Army (PRRA) were revealed this week by JDS in a report jointly published with the International Truth and Justice Project (ITJP).

A confidential letter from police submitted to the Committee on High Posts of the Parliament of Sri Lanka on 30 January, falsely claims that no criminal allegations have been made against Chandraprema.

The committee chaired by opposition lawmaker MA Sumanthiran is due to meet on 7 February.

Declaring that CA Chandraprema is of “good moral character”, Senior Superintendent of Police, KG Laksiri Geethal, provided the following answer to questions by the committee.

Question: “According to your knowledge has he/ she been convicted by a court? Otherwise, have there being complaints against him/ her about regarding criminal incidents? If so what are those details?”

Answer: “Not revealed by investigations.” 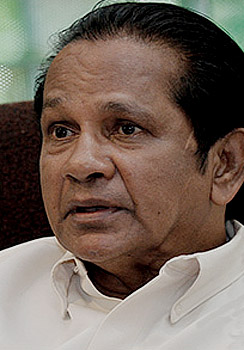 Police have failed to provide information to the committee that Chandraprema, also known as “Thadi (fat) Priyantha”, was identified as a leading member of PRRA by a senior police officer, Douglas Peiris, himself named in a presidential commission appointed to probe human rights violations in the 80s. Both men were detained as a result.

In his affidavit, which is easily available online, Senior Superintendent of Police, Douglas Peiris, testified that he was introduced to Thadi Priyantha (aka Chandraprema) by then a government minister, Ranil Wickremesinghe.

Peiris also made startling allegations in his affidavit in 2000 regarding (now former Prime Minister) Ranil Wickremesinghe, which were never tested in court or proved:

The Committee on High Posts is tasked with “examining the suitability of any person who has been either appointed to any post or nominated to hold office in any post determined by the Cabinet of Ministers and to make recommendations in regard to such persons” according to the Sri Lanka Parliament website.

An international petition has been launched by Sri Lanka Campaign to stop C.A. Chandraprema, who is the official biographer of President Gotabaya Rajapaksa, from becoming Sri Lanka’s next Ambassador to the UN Human Rights Council. There are concerns his presence in the Council will undermine the reputation of the body and pose a threat to human rights activists from Sri Lanka who go to Geneva.