THE KILLING OF A YOUNG BOY 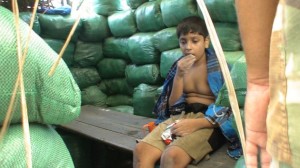