Ezhuka Tamil is a Subterfuge by Wigneswaran to Shore up his Sagging Fortunes!

Wigneswaran is an upstart in politics. He spent 25 years in the judiciary. It is true initially he was an unwilling horse. He was not used to the hurly-burly of rough politics. He was an unknown person to the Jaffna electorate. It was the ITAK which campaigned for his election victory. At one stage he got panicky that another upstart candidate Ananthi is going to beat him in the battle for preference votes. After winning the election he has the temerity to claim that he won the election on his own popularity with the voters. He is an ungrateful and unrepentant politician who has kicked the ladder that he used to climb to the top. The NPC administration should have been controlled by TNA. But the TNA leadership, especially Sampanthan who introduced him to politics, allowed Wigneswaran a free hand to run the Council according to his whims and fancies. 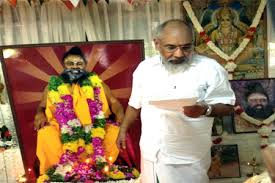 Wigneswaran’s conduct during the 2015 parliamentary elections was despicable. He indirectly appealed to the voters to vote for the Tamil Congress. That revealed the character of the man whose Guru is the serial rapist and murderer Premananda. a conman who received two consecutive life sentences and 67.3 crores fine for raping 13 Tamil orphan girls (3 of them under the age of 16) from Jaffna and murdering a youth who blew the whistle.

This is his dark side and Justice Wigneswaran has set a horrible example on women’s rights. He can never hope to become a leader of the Tamil people even in his next birth. The Ezhuka Tamil event proved it. Despite spending millions he himself admitted that he expected thousands to join the rally but found only a few hundred have turned up. How TNA/ITAK tolerated a turncoat who bit the hand that helped him cannot be fathomed.

Administrating and navigating the provincial Council is not a mean task. It requires immense aptitude, extraordinary patience and tact. As the chief administrator, he made a pretty mess of the Northern Provincial Council. He gave Ministerial posts to his cronies and got rid of Ministers whom he did not like. He fell out with the Prime Minister Ranil Wickremesinghe and was engaged in a slanging match with him. As Chief Minister, his task was to improve the living conditions of war victims in the Northern Province who lived in abject poverty. Instead, he was engaged in destructive politics. 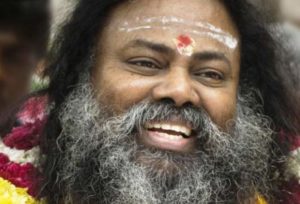 Under his stewardship, the NPC has passed 415 resolutions during the last 5 years. This is a record for a PC and should qualify for a place in the Guinness Book of record.

He was not cut out for politics. He spent 25 years as a judge and after retirement devoted his time to hold anniversaries for the serial rapist Premananda who received two consecutive life sentences for raping 13 girls, most of them underage. He also murdered and buried a young engineer who dared to challenge the nefarious activities of Premananda. Not just anniversaries, Wigneswaran has built a temple for Premananda at Puiyankulam.

While in office, he was blowing hot and cold. He lambasted the TNA/ITAK top leadership (Sampanthan & Sumanthiran) for moving close to the Sinhalese in the south and following a policy of appeasement instead of confronting the government.  Wigneswaran has no stomach for diplomacy and tactfulness.  In fact the TNA/ITAK had hard with Wigneswaran because of his intemperate and confrontational politics. For example, he was at loggerheads with Prime Minister Ranil Wickremesinghe denigrating him as a Prime Minister with only 45 MPs. That he belongs to the same old Uncle Nephew party. This shows he is thoughtless and suffers from an uncontrollable ego. 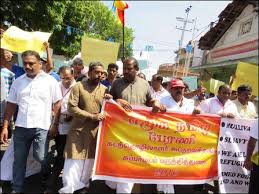 In 2015, he turned down a funding offer by the UNDP Resident Representative and UN Resident Coordinator in Colombo amounting to US150 million (Rs.20, 250 million) under Peace Building Fund. The funds were meant to assist farmers of the Northern Province to improve their living standards. Wigneswaran turned down this offer merely because the UNDP Resident Coordinator refused to play ball with him. The Coordinator was asked to appoint Karthikeyan Nirmalan, Wigneswaran’s nephew and an Australian citizen, as Special Officer of the Project. He even fixed the monthly payment of US $ 5000 salary (Rs. 675,000) plus expenses!  Nirmalan was the Diary Secretary, Executive Assistant and Political Advisor to the Chief Minister.

In a harshly worded letter rebuking Wigneswaran and copied to R.Sampanthan, MP the UN Resident Coordinator and UNDP Resident Representative wrote as follows: “There was no donor willing to fund a standalone advisory position for a preselected candidate without following the standard competitive process for recruitment. In addition, the excessive canvassing by the proposed Special Advisor made it even more untenable for the UN to consider such an appointment.”

This rebuke by the UN Resident Coordinator showed the Chief Minister did not have the interests of the poor farmers, instead interested in securing a lucrative job for his nephew. It also showed he was only pontificating against nepotism and favouritism.

In an act of vendetta, he dismissed his Minister of Fisheries and Transport despite the Board of Inquiry set up by the Chief Minister exonerated him of all charges. 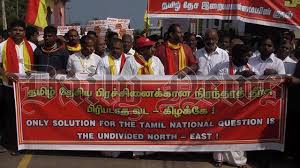 A request made by C.V.Wigneswaran to defer contempt of court proceedings filed against him was rejected by the Court of Appeal.

Subsequently, contempt of court proceedings was filed by B.Deniswaran  alleging that  Chief Minister  Wigneswaran and Ananthi Sasitharan and K. Sivanesan have wilfully acted in contempt of the Court of Appeal order since they prevented him from performing his duties as Minister of the Northern Province

The Court of Appeal has now issued notices on the trio to appear in court on November 19, 20 and 21 for inquiry.  If convicted Wigneswaran will be creating history and join the infamous Galagoda Aththe Gnanasara Thero who received 6 years imprisonment for contempt of court!

Wigneswaran had also filed an appeal in the Supreme Court challenging the Court of Appeal’s Interim Order to prevent Wigneswaran’s decision to remove B. Deniswaran from functioning as the province’s Fisheries and Transport Minister.

A request made by Wigneswaran to defer contempt of 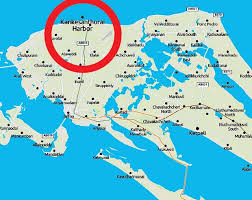 court proceedings filed against him was rejected by the Court of Appeal.

The Court of Appeal has now issued notices on the trio to appear in court on November 19, 20 and 21 for inquiry.  If convicted Wigneswaran will be creating history and join the infamous Galagoda Aththe Gnanasara Thero who received 6 years imprisonment for contempt of court!

To the credit of B.Deniswaran, himself a young lawyer, it must be mentioned that he filed contempt of court charges against the former Chief Minister as a last resort.  His overtures to Wigneswaran to settle the matter amicably ended in failure.  He wanted Wigneswaran to admit to the fact that his dismissal from the Ministerial portfolio was illegal.  In which event he will serve as a Minister for a day and then resign his post. But the egocentric Wigneswaran will have none of it. True to form he refused to dismount from his high horse!

The Ezhuka Tamil staged by Tamil People’s Council (TPC)   is a subterfuge by Wigneswaran, who is a co-chair, to shore up his sagging popularity among the war wary people. These people are pulling themselves up to stand on their feet.

Wigneswaran and his allies formed TPC at the end of 2015 after the massive victory at the polls by TNA/ITAK.  TPC is supposed to be a Civil movement and non-political, but the ACTC/TPNF, EPRLF, TELO and PLOTE joined the outfit. Unsurprisingly, ITAK was not invited.

At the Ezhuka Tamil rally held on September 16, both ACTC/TPNF and PLOTE refused to join.

On October 2018 Wigneswaran floated the Tamil People’s Alliance (TPA), a new Tamil political party. He appointed himself as the Secretary-General of the TPA. He claimed he was following “people’s politics” and declared party would “restart negotiations” with the government and “bring international pressure” on Colombo.

The TPC is backed by several Tamil media groups, including the Colombo-based Virakesari and Jaffna-based Thinakkural and Valampuri newspapers, which have published articles endorsing the “Ezhuka Tamil” campaign.

Both the TPC and TPA are meant to  feather Wigneswaran’s own political ambitions.

An article by TPC adviser M. Thirunavukarasu in Thinakkural declared: “People and the parties who want to build an alternative leadership must come forward to show their unity now. Other party members must break barriers and give strength to this demonstration and Eelam nationalism.” 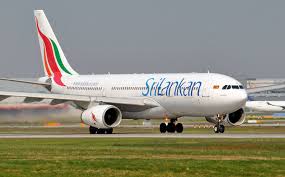 A virulent campaign for an “Alternative leadership” supported by a section of the Diaspora was mounted without success during and after the last Parliamentary elections in August 2015. It is alleged that the TNA/ITAK is not “Nationalist” enough since they are following a policy of appeasement.

Massive infrastructure investments since 2015  in building houses, hospitals, roads, modernization of fishery harbours (KKS, Mailaddy and Point Pedro) is bound to make improvement in people’s lives. Release of about 75% of private and state lands(the government claims it has released 92%)  held by the army has helped to resettle thousands of displaced families.

The Jaffna International Airport revamped at a cost of Rs.2,250 million will commence regional, later international, flights from October 15, 2019.

Foundation stone was laid by Prime Minister Ranil Wickremesinghe last week for the construction of a new Jaffna Municipal Council Building. The old building was erased to the ground during the civil war. It is expected to cost Rs. 2.35 billion on completion.

Under Palmyra Fund established on May 27, 2019, to speed up the development of North and Eastern provinces, the Finance Ministry has allocated Rs. 2.5 billion, but only 25% (Rs. 6,250 million) will be released this year. So far Rs.2, 000 million has been released to Trincomalee district.

Unlike Wigneswaran, the TNA/ITAK sees economic development and political aspirations as sequential and concurrent strategies.