‘It sends a terrible message to the victims’, warn Amnesty 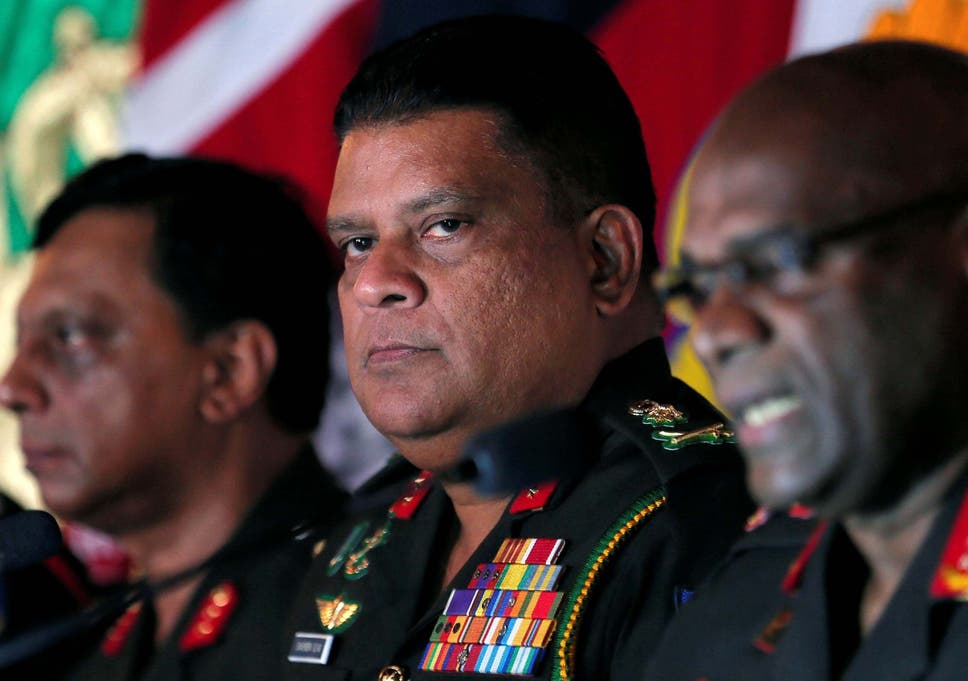 Sri Lanka has appointed a general accused of human rights abuses during the country’s 26-year-long civil war as the head of the country’s army.

Major General Shavendra Silva, who was also promoted to the rank of lieutenant general, was in charge of the army division which encircled the final stronghold of the Tamil Tiger rebels in the final phases of the brutal civil war.

Thousands of civilians were killed as the conflict came to an end, including in areas declared by the government to be “no-fire zones” that came under sustained army shelling.

A United Nations panel has accused Lt Gen Silva’s 58th Division of shooting unarmed rebels in the final week of the war, which ended in 2009, as well as systematic torture of people in custody.

The division has also been accused of bombing a hospital and a UN hub. Lt Gen Silva, who joined the army in 1984 and was its chief of staff from January, has denied the accusations.

“Sri Lanka committed to deliver justice for wartime human rights violations as recently as March 2019 – but it appears the government of Sri Lanka wants instead to go backwards by rewarding those responsible without an effective and impartial inquiry into the allegations.

“It sends a terrible message to the victims. Affected persons already disillusioned by the slow, limited reconciliation work will lose even more faith in the government’s commitments.”

Michelle Bachelet, the UN High Commissioner for Human Rights, said: “I am deeply troubled by the appointment of Lieutenant-General Shavendra Silva as Commander of the Sri Lankan Army, despite the serious allegations of gross violations of international human rights and humanitarian law against him and his troops during the war.” 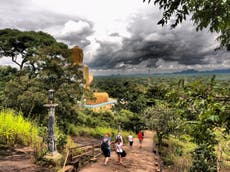 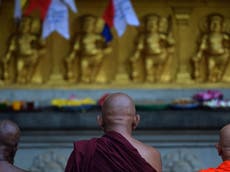 Why militant Buddhism is on the march in Sri Lanka

The United States also expressed its disapproval of the appointment in a strongly-worded statement.

“The allegations of gross human rights violations against him, documented by the United Nations and other organisations, are serious and credible,” the US Embassy in Colombo said in a statement.

“This appointment undermines Sri Lanka’s international reputation and its commitments to promote justice and accountability, especially at a time when the need for reconciliation and social unity is paramount.”

On Tuesday, Sri Lanka hit back at foreign criticism, saying the decision was a sovereign one made by Maithripala Sirisena, the country’s president.

“Foreign entities trying to influence the decisions and internal administrative processes of public service promotions in Sri Lanka are unwarranted and unacceptable,” it said.

“Articulating a position of concern on this appointment by certain bilateral partners and international organisations, based on allegations, is regrettable and contrary to the principles of natural justice espoused by all responsible members of the international community.”

According to an investigation conducted by the UN Office of the High Commissioner for Human Rights in 2015, towards the end of the war Lt, Gen Silva was tasked with capturing the Putumattalan area from the Tamil Tigers.

The investigation found evidence that both a hospital and a UN hub were shelled.

It also cited witnesses saying cluster-type munitions were used by the Sri Lankan armed forces in their attacks on Putumattalan hospital and the UN hub.

The division was also accused of summarily executing several Tamil Tiger leaders as they attempted to surrender. Several witnesses told the investigation they saw the unarmed leaders appear in civilian clothing carrying a stick with a white cloth as they surrendered to security forces, before later seeing their dead bodies nearby.

The country’s defence ministry later announced they had been killed in the fighting and the Sri Lankan government formally announced its victory on the same day.

The government promised the UN Human Rights Council in 2015 that it would investigate the allegations and involve foreign prosecutors and judges, but nothing has been done so far.

Both the Sri Lankan military and the rebels have been accused of war abuses.

The UN has said some 45,000 ethnic Tamil civilians may have been killed in the final months of the conflict.