Dr. Dayan Jayatilleka Discovers A Plot – And Also The Proof 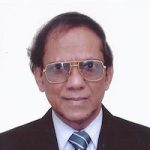 “The folly of mistaking a paradox for a discovery, a metaphor for a proof, a torrent of verbiage for a spring of capital truths, and oneself for an oracle, is inborn in us.” – per Paul Valery, French philosopher and poet.

In a barrage of narratives, one after another in rapid succession, Dr. Dayan Jayatilleka has propelled his familiar themes: viz., federal-phobia, fear-mongering about Tamil agenda, glorifying Rajapaksas’ ancien regime, gloating over his 2009 Geneva “feat”, excoriating “yahapalana” government etc. etc. This write-up appears in the context of Dayan’s fusillade, the latest of which has spotted “The Federalisation Plot: The Proof ” (Colombo Telegraph, 28 Oct.2017).

Dayan has particularly targeted RW-CBK combine allegedly for promoting a Federal solution to the ethnic problem. His visceral hatred for the duo finds expression in his vitriolic verbiage. The irony is that even as Dayan claims to have exposed the “federalization plot”, the TNA leadership has been pathetically pleading with the government to implement the 13A intact, and help them to save face vis-à-vis their Tamil constituency.

This writer does not hold a brief for RW-CBK doublet or the “yahapalanaya” government. If RW-CBK duo have, now or ever, proposed federalism, it is a salutary thing and is wholly welcome. There is nothing blasphemous or treacherous about advocating a federal system to resolve the ethnic issue.

In fact, that is the most sublime idea. Plot and perfidy are not techniques congruent with a constitution making process. Dayan’s postulation of “a plot and the proof” defies logic. He innocently claims to have proved his discovery “beyond reasonable doubt.” Interestingly, that is the standard that must be met by the prosecutor in a criminal prosecution. In a civil suit, the proof is on a “balance of probability.” In any event, the probative value of Dayan’s evidence is a problem. He relies entirely on hearsay evidence – multiple hearsay at that !. Further, the evidence cited by him says that there would be a country-wide referendum on the Federal Constitution:

“At this point, such a solution would have been acceptable to nearly all Tamils and a vast majority of Sinhalese as well. Then, there could have been a referendum…….” (“The Federalization Plot: The
Proof “ CT 28 Oct. 2017). If the Federal plan was to be presented to the entire population, including the Sinhala people, at a referendum for them to have the last say, where is the conspiracy Dr. Dayan Jayatilleka? Does not a conspiracy connote subterfuge and secrecy?

Typically, Dayan’s broadside is bifocal: To dislodge the government by hook or by crook and to debilitate the Tamils politically. After their ouster from office in January 2015, Rajapaksas and their cohorts have been hell-bent on recapturing power and are in a hurry to be restored to status quo ante. They believe, quite rightly, that race, religion, federalism, separatism are sexy issues to seduce the Sinhala-Buddhist constituency. With vigour and verve the Rajapaksa camp has been working overtime fomenting racism and creating combustible conditions conducive to an eruption of another Black July.

Until the army recaptured Kilinochchi from the LTTE in January 2009, every government leader was ready and willing to strike a compromise with the LTTE on any terms, short of acceding to a separate Eelam. That includes the vociferous professor G.L. Peiris as well. Even Dayan Jayatilleka’s previous patron-saint, President Premadasa, publicly offered to the LTTE, in rhyming words, “ Eelam thavira Ellam tharukiren” (“I will give you everything except Eelam”). He was conversant in Tamil. Mr. Sirisena Cooray, Chairman, Premadasa Centre, recalls the Tamil words in his article on Premadasa’s “The ‘3D’ solution to the north east problem” Premadasa had also recommended an “asymmetrical devolution” of power to the Tamils and spelt out the rationale therefor.” (Sunday Leader, 13 July 2008, Vol.15, No.4 ).

Neither CBK nor RW originally parented the Federal idea as Dayan claims to have proven. Discerning students of politics and essayists have,time and again, recorded the role of SWRD and the Kandyan National Assembly, representing the Kandyan Sinhalese, in espousing a federal system of government in Ceylon. The structure envisaged by the Kandyans included a linguistic Tamil State combining the North-East provinces. Evidently, the Communist Party of Ceylon also had flirted with the federal idea. (Vide: Daily Mirror, 24 Sept. 2015 –“SWRD stood for maximum devolution and Proposed Federalism” by K.K.S.Perera ; The Island, 24 Sept. 2016 -“SWRD Bandaranaike and the paradox of Sri Lankan Federalism” by Rajan Philips )

Mr. S.J.V. Chelvanayakam (Chelva) founded the Federal Party – Ilankai Thamil Arasu Kadchi, in Tamil (FP) on 18 Dec. 1949 and sought the mandate of the Tamil people for pursuing the goal of a linguistic state in a federal Sri Lanka. FP suffered a humiliating defeat at the 1952 elections.

Even Chelva himself lost his seat at KKS. The federal concept did not resonate with the Tamil constituency at that time. At 1956 elections, even as SWRD’s MEP overwhelmingly won in the South, the FP romped home with a resounding victory in the North-East provinces. Ever since, to this day, at every subsequent election – with the only exception of 1977 election – the FP or the FP-led bloc has increasingly obtained massive mandate from the Tamil people to pursue its Federal objective. At the 1977 election the TULF coalition (including the FP) fought and won on a “Separate Eelam” platform.

The commitment and conviction of the Tamil people are so strong that they have consistently voted for a ‘Federal state’ solution.

Tamil people have made their choice. They want a linguistic Tamil State encompassing the Tamil habitats of the North-East provinces within the Federal Republic of Sri Lanka. Dr.Dayan Jayatilleka and his ilk may have to choose not between “13-minus” and federalism, but between Federalism and Separatism.

Post-1956, this country had endured recurrent ethnic violence, bloodletting, a Black July, deaths, destruction, chaos, carnage and foreign (Indian) intervention before the Sinhala leadership could realize that “Sinhala Only” slogan was an unmitigated disaster. Indeed, the country had paid a heavy price. It took two decades for the wilfully blind leadership to wake up on the language issue.

How long will it take – and at what cost – before Dayan and his bedfellows wake up? When will they stop their demagoguery, demonizing the Tamils – and by extension, the Federalists ?

In Rajapaksas’ passionate pursuit, Dayan is not only akin to a missionary, but truly a visionary as well, in that, he is one among those advisors who plan the Rajapaksas’ future with imagination and wisdom. That is because, Dayan’s own future is intricately intertwined with Rajapaksas’ future. His agenda is to promote Gotabaya Rajapaksa as President and Mahinda as Prime Minister. And, perhaps in return for his services, he hopes to find a niche for himself – maybe as a Foreign Minister or an Ambassador Extraordinary and Plenipotentiary in a Western/European capital. One cannot grudge his ambition or ability. Dayan has an incisive mind and mastery of the equivocal diplomatic language. On the other hand, Rajapaksas have the pelf in plenty and political clout. It is a formidable combo. Dayan and his patrons are resourceful and powerful. Given the current Sinhala–Buddhist mood, thanks to the yucky record of the yahalpalanayas, Rajapaksas’ ambitious agenda does not seem wholly a fantasy.

In a way, Dayan is to Rajapakses what Cardinal Thomas Wolsey was to Henry VIII of Tudor England. It was said of Cardinal Wolsey that he was “feared more than he was loved and, in fact, he was loved by none.” But, in Dayan’s case he is feared by all for his friendship with Gotabaya and loved by Mahinda for his Machiavellian traits.

Dr. Dayan Jayatilleka Discovers A Plot – And Also The Proof