The Sanskrit word “jyotish” referred to the study of astronomy and astrology both; as in other cultures of the day, astronomy and astrology were considered inseperable. One of the oldest works on jyotish is the Vedanga-jyotisha, probably written by Lagadha. He most likely compiled techniques and observations from manuscripts that existed in his day.

The work that survives was probably rewritten by later astronomers around 400 BCE, judging from the work’s clasical (post-Vedic) Sanskrit. However, this work contains an observation that the Winter Solstice occurred when the star Shravishtha (α Delphini) was on the horizon. This dates the original work around 1400 BCE, placing it in the late Vedic period.

The astronomical methods outlined in the Vedanga-jyotisha were thus in use in India for a long time, a thousand years before the fourth-century BCE invasion of Alexander the Great.

After the Vedanga-jyotisha, several important astronomical treatises were written following the invasion of Alexander the Great. These came to be called siddhantas, meaning “highest knowledge” or “culmination of knowledge.” There are eighteen traditional siddhantas:

The Arabian astronomer al-Biruni wrote that the Paulisha Siddhanta was written by an Alexandrian named Paul. The Romaka Siddhanta might have codified Roman astronomical science; many of its values are similar to those of Ptolemy, and the work discusses the Metonic cycle of 19 years. Of all siddhantas, the Surya Siddhanta (ca. 400 CE) is the most famous. We do not know today who wrote the Surya Siddhanta. 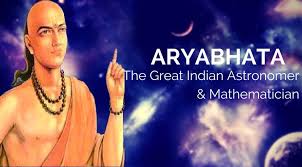 Varahamihira described the Earth as spherical and as being suspended in space in the Panchasiddhanta 13.1:

The spherical Earth, which is constituted of the five elements, stands poised in the region of space as if it is an iron ball held in position in a cage of magnets.

Varahamihira, like many other Hindu astronomers of his day, used as a reference meridian the city of Ujjain (the Avantika of the Upanishads and Puranas), located at 23°11′ North Latitude and 75°47′ East Longitude, at an elevation of 489 meters. Other Indian astronomers used Kanchipuram and the battlefield of the Bhagavad Gita, Kurukshetra, as zero meridians.

One popular reason for using Ujjain as the prime meridian was that it shared the same longitude as Lanka (now Sri Lanka). Bhaskara I, in his Laghubhaskariya 1.23, declares:

The line which pases though Lanka, Vatsyapura, Avanti [i.e., Ujjain], Sthaneshwara, and Meru (the abode of the gods) is the prime meridian.

The midday of Lanka is the same as that at Ujjain, which is north of Lanka on the same longitude. But their day-time durations are different, except when the Sun is on the equator.

The Surya Siddhanta that survives today could differ from the one that Varahamihira used. It has definitely been altered from its original form in some places; for example, it gives the longitude of Chitra (Spica) as exactly 180° in the sidereal zodiac, which does not correlate with other listed star positions.

The Surya Siddhanta version that has reached us discusses planetary mean motion, true motion, eclipses of the Sun and Moon, planetary heliacal rising and setting, time measurement, and other aspects of astronomical science. It also discusses precession of the equinoxes, and gives a figure of 54 arcseconds per year — close to the actual 50.2 arcseconds. However, it incorrectly considers this motion to oscillate back and forth like a pendulum. Older works possibly describe a circular precession movement. 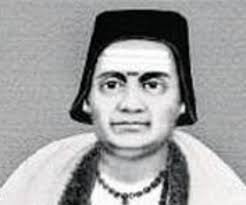 Aryabhata I studied astronomy at the ancient observatory in Khagol and the University at Nalanda. He added many original ideas to the established wisdom of his day. He described the heliocentric Solar System, demonstrated why the Earth was a sphere (from the Earth’s shadow on the Moon), explained methods for calculating and correcting eclipse predictions, stated that the Moon’s light was actually reflected sunlight, and codified much of the knowlege of trigonometric laws. His Aryabhatiya (composed in 499 CE) was studied by famous Arabian astronomers such as al-Biruni and al-Khwarizmi, and spread from Arabia to Europe when translated into Latin in the 13th century.

By the time of Aryabhata I, knowledge of the planets’ and Moon’s nodes. For example, in Aryabhatiya 4.1-3, he writes:

1. One half of the ecliptic, running from the beginning of the sign Aries to the end of the sign Virgo, lies obliquely inclined northwards. The remaining half running from the beginning of the sign Libra to the end of the sign Pisces, lies southwards. 2. The Nodes of the star-planets [Mercury, Venus, Mars, Jupiter, and Saturn] and of the Moon incessantly move on the ecliptic. So also does the Sun. From the Sun, at a distance of half a circle, moves theron the shadow of the Earth. 3. The Moon moves to the north and to the south of the ecliptic from its Nodes. So also do the planets Mars, Jupiter, and Saturn. Similarly also the motion of the shighroccas of Mercury and Venus.

Aryabhata I knew that the Earth revolved during the course of a day, but Bhaskara I did not believe this was true. The 8th-9th Century Prithudaka Swami, in his commentary on the Brahmasphuta-Siddhanta, Goladipika 30, wrote:

The Earth’s rotation had been accepted by Aryabhata also, vide his words ‘The Earth rotates through one arcsecond per one prana’ (Aryabhatiya 1.6). On account of adverse criticism by people, Bhaskara I and others explained the verse to give it a different meaning.

However, Aryabhata I placed the Earth in the middle of the Solar System. In the Aryabhatiya 3.15, he describes the order of astronomical bodies:

Beneath the asterisms [Nakshatras] lie Saturn, Jupiter, Mars, the Sun, Venus, Mercury, and the Moon; and beneath them all lies the Earth like the hitching peg in the midst of space.

Varahamihira repeated the order of Aryabhata I, but described the stars as “fixed” and ascribed a constant speed to the planets, in Panchasiddhanta 13.39-41:

39. Beyond the Moon are orbiting higher and higher: Mercury, Venus, the Sun, Mars, Jupiter and Saturn, and beyond that there are fixed stars. All the planets move in their own individual orbita at a constant speed. 40. Just as the spokes of the oil-press wheel are close to one another near the navel, and the space between one another increases as the rim is approached, so the linear extension of the rashi [zodiac sign] increases as the orbits are situated higher and higher. 41. Situated near-most, the Moon goes round in the shortest time, its orbit being the shortest. But Saturn situated farther-most, in its longest orbit, cannot move so fast, that is moves slowet.

Devacharya (6th-7th Century) is notable as the first astronomer to describe a method for calculating the precession of the equinoxes; Varahamihira knew of precession, but was not certain of its rate. Aryabhata I and Brahmagupta do not mention precession, while Bhaskara I did not believe in it.

Like Ptolemy, Hindu astronomers used epicycles (small circular motions within the larger circular orbit around the Earth) to describe the motion of the planets in a geocentric Solar System. One method of epicycles (“manda” in Sanskrit) was given in the Surya Siddhanta. The 15th Century Nilakantha Somayaji, in Siddhantadarpana 4.18.1.19-21, explains the operation of epicycles:

With the invasion of the Moghuls, astronomy in India stagnated for some time. In an effort to try to revive India’s past glory in astronomy, Raja Jai Singh (1686-1743) sought to build new observatories. One impetus was to improve the tables used for calendrical calculations. Those tables were composed by Ulugh Beg (1394-1449 CE), the Mongolian ruler of Samarkand in modern-day Uzbekistan and builder of the greatest astronomical observatory of his day in 1424.

Jai Singh built five observatories, known as Jantar Mantar, in Delhi (built in 1721-1724), Jaipur (his capital, built circa 1728-1734), Mathura and Ujjain (built circa 1723-1734), and Benares (completed circa 1737). He fashioned these observatories after the old design of a large circle, from which one could observe the 2160 divisions (360 degrees times 60 minutes/degree = 2160 arcminutes). He experimented with European telescopes, but found their mounts too unsteady to produce reliable observations.

In fact, these tables were the last of the era of producing “zij,” or “astronomical tables,” from the siddhantas. This zij-producing era began in 9th Century Bagdad, with the Arabic translation of Brahmagupta’s works, finally ending with Jai Singh’s tables of 1735.

Unfortunately, Jai Singh lived in the days when the Moghul empire was in decline and European invaders were making their way across India. Thus world events took priority over the leisurely pursuit of astronomical science, and his observatories fell into disuse. Today, however, his observatories in Delhi, Jaipur, Ujjain, and Benares still exist, as a reminder of India’s millenia-long astronomical tradition.

Return to Table of Contents

The Hindu Calendar. The Hindu calendar, like most ancient calendars, depends upon astronomical events to fix the dates of religious festivals. These events are largely related to the Sun and the Moon. A Hindu religious calendar is called a “panchang” (from “panch” five, indicating five parts). The five parts of a panchang are: tithi, wara, nakshatra, yoga, and karana.

Tithis and Nakshatras are described above, in the Nakshatra section.

Wara is the day of the week for each day:

Yes, that’s right, the lords of each day were the same in Vedic India as they were in ancient Babylon.

The last of the five parts of a panchang is the karana. A karana is a half of a tithi (lunar day).

Together these five parts of the panchang (nakshatra, tithi, wara, yoga, and karana) allow priests to determine the proper dates for festivals, and determine whether a day is auspicious or inauspicious.

Traditionally, Hindu priests set dates for festivals according to local calendars and customs. After Independence, India sought to unify these practices into a national calendar. One hurdle was the aforementioned ayanamsa, which is the difference between the sidereal zodiac and the tropical zodiac.

From the days of the Rig Veda, the Hindu calendar has always been based on the sidereal zodiac. However, priests differed as to the beginning (the First Point of Aries). Some held that Revati (ζ Piscium) was at 0° sidereal longitude; others believed that Revati was 10′ before the First Point of Aries. Still others held that Chitra (Spica) had a sidereal longitude of exactly 180°.

None of the ancient Hindu astronomers knew of the proper motion of stars, whereby they move slightly in relation to each other over time. To truly fix the starting point of an historical calendar, one must know the date at which a specified longitude of a star was given. For Sanskrit texts, this can often only be guessed. 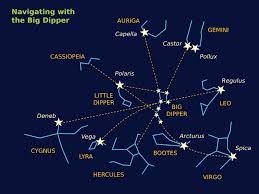 Having to adopt some convention, the Government of India chose the position of Chitra (Spica) in 1950 CE as exactly 180° sidereal longitude. Of course, no ancient Hindu calendar could have been based on the position of Spica in 1950, but it serves as a convention for government holidays. This compromise was proposed by N.C. Lahiri, and so this ayanamsa is referred to as the “Lahiri ayanamsa.”

Today Hindu priests still follow calculations for panchangas using the various sidereal zodiacs mentioned above, set according to local time, but this is heavily influenced by the Indian Government’s standard of the Lahiri ayanamsa.

Years are numbered in various conventions. One convention is the year of the Common Era (Christian Era). Another common starting date is the Saka Era (79 CE), when Persian tribes invaded northern India. Still another is years of the commonly accepted Kali Yuga date, midnight between 17 and 18 February 3102 BCE. Hence some modern calendars might give the year 2005 CE as “Year 5107 of Kali Yuga.” That is based on the interpretation that Kali Yuga is 432,000 years (360 times 1200 years), rather than just 1200 years.