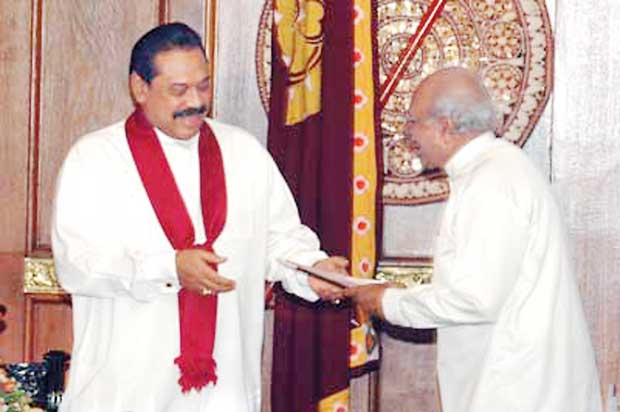 A “National Policy on Reconciliation and Co-existence” has been drafted by the Office for National Unity and Reconciliation (ONUR), funded by taxpayers’ money and is under the Presidential Secretariat. It sounds, the fault so far has been that Sri Lanka had not had a policy laid down for “Reconciliation”. This by itself proves, the ONUR leadership is no different to donor funded local organisations that ran “peace projects” for decades to achieve nothing.

There is no ‘quick fix’ solution to the long and ever growing polarisation of this society. Reconciliation today is not only about depolarising Sinhala and Tamil differences and enmity growing on a dominant Sinhala Buddhist political platform. It is also about Sinhala-Muslim and Tamil-Muslim polarisations in society that for different reasons and through different politico-historical conflicts have got tangled into a complex web of overlapping issues.
These issues are being used for ethno religious power politics.Racist mind sets created over decades are used to mobilise votes. With 74.9 per cent Sinhala and 70.1 per cent Buddhist, the two main political parties and their electoral alliances vie against each other at all elections to gain majority Sinhala Buddhist votes. They believe, if they can project themselves as more Sinhala Buddhist than the other, that provides enough Sinhala Buddhist votes to form a government. Such Sinhala racist campaigning leaves a more polarised Sri Lanka after every election.

Once in power and often as a rule,Sinhala leaders always escorted by the media, first visit the chief prelates of Asgiriya and Malwatte chapters to promise, Buddhist prelates will always be respected and their advice sought. In accepted Sinhala parlance that always means Sinhala Buddhist dominance will not be hampered.The opposition as a rule challenges the governing party on a Sinhala Buddhist platform. Post independent history is full of such low and unprincipled politics. The two main Southern parties keep swapping roles in opposing anything that can be campaigned on as compromising Sinhala interests. These racist campaigns are financed by the business community.
For the business community, especially after the State was pulled out in 1978 from regulating investments and the market, to facilitate private business for improved profits, it is not democracy and ethnic peace they need for big profits. Profits now depend on big city economic activities and militarised rural life on pro majority ethno religious politics. Ethno religious politics is used to make the majority poor feel they run the government. India’s Modi thus relies on Hindu campaigns and in Sri Lanka it is those vocal Sinhala leaders who dominate Southern politics. Behind all such racist campaigns, neo liberal economies create more “black money” and is used to buy political power, irrespective of political allegiances and loyalties. These black money economies have no geographical boundaries.Ethno religious identities are irrelevant. Therefore “reconciliation” is not a necessity for usurping power to accrue wealth and profits.

Who then wants “Reconciliation” and what importance has it? It’s the ordinary people, the majority voter who need to find space for peaceful and dignified living. They need to pin hopes on a better tomorrow to live today. They need answers for their immediate post war issues to gain unobstructed social space to come together for a common and a shared future. For the majority, that is what”Reconciliation” is. But working it out politically is not as simple as reading those few sentences. That therefore necessitates a government with a strong political will with a well designed programme for implementation.  (http://www.dailymirror.lk/article/Policy-on-Reconciliation-Cannot-Dodge-Reconciliation–129175.html) 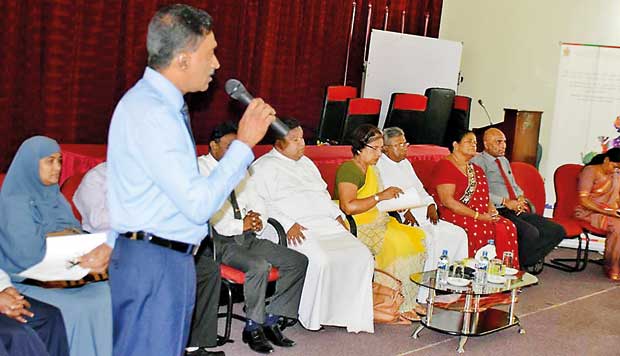 Ironically, it was Rajapaksa who had two well crafted “Reports” done under his presidency that could ensure “reconciliation” and a consensual political solution to the ethnic conflict.After the war was brought to a brutal end,Rajapaksa left them in cold storage for the benefit of a blown up image of a “Sinhala Buddhist” hero. The first of them is the All Party Representative Committee (APRC) Final Report and the second, the “Lessons Learnt and Reconciliation Commission” (LLRC) Report with recommendations.
If this government is honestly serious and sincere in finding a decent, consensual answer to the festering ethnic conflict, all it has to do is to table the two Reports in parliament for discussion and approval. There is absolutely no necessity anymore to waste time in re-inventing the cycle that Rajapaksa most effectively and successfully concluded.
The “All Party Conference” convened by Rajapaksa as President on 11 July, 2006 was required to have a committee of permanent representatives (APRC) for continual dialogue.The APRC was mandated by President Rajapaksa to formulate a “homegrown new constitution which will provide ‘a comprehensive approach to the resolution of the national’ question.” After almost 04 years of painstaking deliberations, the APRC Final Report on proposals for a new Constitution was finalised. Handed over to President Rajapaksa in July 2010, it carried with it a broad consensus from Champika Ranawaka’s JHU to Dinesh Gunawardne’s MEP and the main SLFP, with all 03 “left” parties then in parliament, the Muslim parties and all Tamil parties except the TNA, consenting.

The depth of power sharing spelt out in the final report of the APRC that Southern Sinhala leaders have agreed upon,say it would be a “Unitary” State, “in the sense in which it shall be deemed to be an undivided and integrated State structure, where the State power shall be shared among  the Centre and the Provinces.” It proposes a new structure for unhindered power devolved to the periphery in a “parliamentary form of government at the Centre”. For the first time,APRC recognised the importance of cultural identities of Muslim and Up country Tamil people and has proposed two “Community Councils” for them. Thus it is a complete proposal the TNA should accept, to improve upon if they want to.

The LLRC Report is the other with very pragmatic recommendations, neither Rajapaksa nor the JO can now oppose. This was presented in parliament on 16 December 2011 by Nimal Siripala de Silva then Chief Government Whip and now, Minister of Transport. It was accepted by the UNHRC too, subject to the condition the GoSL should come up with a time table for its implementation. The Rajapaksa government dragged it over the years and left it unattended,compelling the UNHRC to resort to its own proposal on a new resolution. The LLRC Recommendations have practical and rational answers for most problems this government is afraid of providing answers for. It has answers for major issues the North and East war survivors are agitating and demanding answers for. It has answers this government can now use if they are seriously in want of answers for Northern and Eastern post war issues. ONUR in fact should work out modalities for implementation, if they want to be worth the money people spend on them.

Interestingly, the SLFP ministers in government are also responsible for these two reports. All SLFPers in this government were part of the Rajapaksa government, including President Sirisena.Even ministers Rajitha Senaratne, Champika Ranawaka, Rauf Hakeem and Rishad Bathiudeen are party to it. They have a responsibility to implement the two reports. With these two reports, the JO too doesn’t have the opportunity they now have in laying down conditions on drafts proposed by the present Committees set up for Constitution making.Not making political use of such opportunities proves this government is never serious on “Reconciliation”. Sadly too, the TNA leadership is hoping against hope this government would deliver on their requests.They are still piggy backing a Sinhala government that for over two years dragged issues without solutions.Problems,TNA voters keep agitating continually  for this day and want settled. A government that for two years dodged even small issues like releasing Tamil detainees held without charges, will not now take any of the issues the TNA would want answers for.In very plain language, this government is running behind the Sinhala mantle the Rajapaksas carry and that leaves out the TNA and the Tamil people. It leaves out Muslims too.

Yet in practical terms,this government, the TNA and the Muslim parties can take over what Rajapaksa has left without implementing, to their own political advantage. They could use it to pressurise Sinhala leaders to create much needed space for social compromise in the South. These are two proposals that can be discussed in the Sinhala South, with the JO on board.Any opposition would corner them in a very uncomfortable position. It is therefore a hard bargain for Rajapaksa to lead his JO against these two Reports.
To begin with, the TNA leadership and the SLMC in particular can use their political power in the Northern PC and the EPC to adopt resolutions demanding these two Reports be used for finding answers for Reconciliation. TNA should accept they have on political miscalculations walked into a dark void, no Indian government, not even Modi can find answers for.TNA let down has given way for ad hoc ground level protests in North and Vanni.That creates confusion in the North and pushes this government more into Sinhala politics.
Bottom line is, “reconciliation” is not dependent on policy statements. Reconciliation to be achieved needs social space the Sinhala opposition will have to agree to. It is these two reports by the APRC and the LLRC that can constructively engage the Rajapaksa led JO to provide such social space in the South.That needs to be worked on, for the benefit of all in the North, South, East and West.