US gives fresh assurances to TNA on political  solution

The US State Department engaged a leading delegation of the Tamil National Alliance (TNA) along with the representatives of Diaspora groups during the past week.

The TNA has remained engaged with the US to get its support for the achievement of what it called ‘political rights’ and justice for alleged rights violations during wartime in Sri Lanka. Discussions took place in the past both with and without public knowledge. Nevertheless, the latest engagement gets a higher profile than others. It is a leading delegation of the TNA delegation that went to Washington for talks with the top officials of the State Department and the White House. After talks, the State Department and the White House tweeted indicating the outcome.

The TNA delegation comprised MPs M.A. Sumanthiran, Sanakyan Rasamanickam and leading lawyers Kanag Iswaran and Nirmala Chandrahasan.  All of them are proponents of power devolution to solve what they called ‘the Tamil national question’. They are at the forefront calling for the implementation of what is envisaged in the UNHRC (United Nations Human Rights Council) resolution on Sri Lanka.  They are the influential decision-makers of the TNA as far as working out a negotiated political solution is concerned.

US Assistant Secretary of State Donald Lu met with them. According to a tweet by the State Department, he underscored that human rights are central to his country’s policy foreign policy in Sri Lanka.

“The US joins Sri Lankan Tamil people in search for lasting peace and full voice in deciding their country’s future,” the State Department tweeted.

The US is heading to play a proactive role in the implementation of the latest UNHRC resolution.  That is in store for sure.  The US withdrew from the UNHRC   under the administration of former Donald Trump.  However, the US became officially a member of the UNHRC again last month, reversing former President Trump’s withdrawal three years ago. 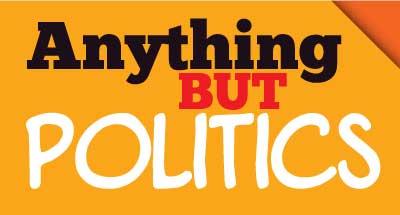 The US was elected last month in an uncontested ballot of member countries by the UN General Assembly.  It will play a major role in the UNHRC as it did in the past. It will not be good news for the present government of Sri Lanka which has vehemently opposed the UNHRC resolution even calling it ‘intrusive’.    The resolution has been adopted now. Now, the government has to battle it in Geneva and other places to ward off pressure.  The ruling side sticks to its toughened position, no matter what. Foreign Minister Prof. G.L. Peiris, once in an interview with the Daily Mirror said the government would not bow down to the ‘Sword of Damocles. “

Of course, the government took some steps to ease off pressure from the section of the international community that supported the resolution on Sri Lanka. However, the United Kingdom, which leads the core group of countries pushed for resolution on Sri Lanka is not happy with the steps taken.  The UK Foreign, Commonwealth and Development Office, in its latest report, says the human rights situation in Sri Lanka continued to deteriorate during the first half of 2021.

“Security forces increased their surveillance and intimidation of human rights activists and their use of the Prevention of Terrorism Act, with a number of arbitrary arrests. The government proposed new regulations with powers to arrest and send individuals to rehabilitation centres to be ‘deradicalized’ with no judicial oversight or requirement for further process. The President pardoned a convicted murderer on death row and appointed controversial individuals to lead independent institutions such as the Office of Missing Persons. The government-initiated activity to obstruct accountability in a number of emblematic human rights cases. There were several deaths in custody which the Sri Lankan Bar Association described as having “all the hallmarks of extrajudicial killings.”

Government marginalization of minority groups continued, with the banning of several groups including Tamil and Muslim welfare organizations, and restrictions on memorialization events particularly for communities in the North and East,” the report says.

The core group, emboldened by the presence of the US will be more assertive at the UNHRC in the future.  The TNA and the Tamil Diaspora groups have got a shot in the arm now with the fresh assurances by the US.

Sri Lanka will have to face an uphill task.  In the past, international actions in Geneva on the human rights issues only helped whip up nationalist sentiments in Sri Lanka translating into the political advantage of the governments with a nationalist bent. Geneva-based actions normally created momentums for local politics to make gains.
Be that as it may, the present government, despite being backed by the nationalist forces in its election to office, will be hamstrung in soliciting such local support against the UNHRC process in Geneva this time. That is because its popularity has dented as things stand at the moment. The forces that created a strong local support base against the Geneva process are disenchanted with the government. The government will have to face the situation on a weaker footing this time, it means.

Mindful of the gravity of international pressure, the government has also moved to enhance ties with the US and India in recent times.  The signing of the agreement with New Fortress Energy of the US for LNG supply may be a step taken for increased strategic cooperation.  The agreement to lease out the West Container Terminal of the Colombo Port to India’s Adani Group is also a move in this direction.

The latest US-TNA talks shed light on a new dimension. The White House National Security Council also granted a meeting for the TNA and the diaspora representatives. At the meeting, according to a tweet, the White House officials discussed the greater US involvement in finding a political solution in Sri Lanka.

The Indo-Pacific security cooperation is a key area the US engages with Sri Lanka. The TNA is now taking into account this aspect of bilateral ties in engaging with the Biden administration to secure a political solution while pressing for action regarding the alleged rights violations.

About editor 2413 Articles
Writer and Journalist living in Canada since 1987. Tamil activist.