BY MADHURA SENEVIRATNE
In his book ‘Choices: Inside the Making of Indian Foreign Policy’, former Indian High Commissioner for Sri Lanka and National Security Agency Chief Shivshankar Menon attempts to give an insider’s account of the ‘negotiations, discussions and assessments that went into the making of five pivotal choices in India’s recent history’. In it he says, ‘the Rajapaksas did not want Prabhakaran alive or to take him through a Court procedure which would drag the matter on further’.

According to Menon, the Rajapaksas did not want the LTTE leaders’ alive and taken prisoner for the purpose of putting them on trial, nor were they willing to accept any form of international mediation or ceasefire that would enable the LTTE leadership to survive to fight another day.

Menon’s chapter on India’s response to the last months of Sri Lanka’s brutal civil war also exposes the fact that Sri Lanka spent a staggering USD 200 billion on the war between 1980 and 2009.

During the war’s final stages the Indian Government, which was under pressure from the Tamil Nadu factor (2009 elections), was in constant touch with the Sri Lankan President Mahinda Rajapaksa via a troika (According to ex NSA M. K. Narayanan, the troika was a unique experiment that brought Sri Lankan – Indian relations to a new high.)
On the Indian side, the troika consisted of Narayanan, Defence Secretary Vijay Singh and Foreign Secretary Menon while on the Sri Lankan side it was Defence Secretary Gotabaya Rajapaksa, Lalith Weeratunga and President Rajapaksa’s political right hand, his brother Basil Rajapaksa.

Menon states that the combination of Basil, Gota and Mahinda made decision-making easy and quick but also that the decisions, once made, were also final and hard to change.

Menon was a regular visitor to Sri Lanka in the first five months of 2009. On one occasion along with Pranab Mukerhee (current Indian President), they met for a military briefing with General Sarath Fonseka and a political one by President Rajapaksa.
There were lengthy conversations exploring various options until we left the place after midnight to fly home on the Indian Air Force jet”, he notes. By mid-January 2009 the Sri Lanka leadership was convinced that the LTTE fighting force had been reduced to a relatively small group, and that victory would be theirs.

Menon describes the Indian conversation with the Sri Lankans. “We concentrated on attempting to save civilians and to prevent attacks on civilians we asked that there be a safe corridor for them to leave the fighting zone and that amnesty is declared.
In addition, it was mentioned that fighter jets should not be used in the conflict to strafe LTTE positions in civilian areas..’ ‘To their credit’, he continues, ‘the Rajapaksas agreed to allow safe passage corridors and to create safe zones for civilians in January and February.

Later in March they also agreed not to use heavy calibre weapons when the LTTE had trapped a large number of civilians in a tiny area along the coast in the final stages of the war. More significantly, the Rajapaksas implemented this commitment in practice’.
The dilemma of Indo-Sri Lanka policy
There were also obvious limits to what India could press for in terms of treatment of the convicted killers of Prime Minister Rajiv Gandhi, some of whom were still wanted by Delhi.

Menon locates the perpetual dilemma of Indo-Sri Lanka policy in the fact that ‘India must engage in order to keep Sri Lanka free of antagonistic outside influences while also trying to prevent the growth of Tamil extremism and separatisms that could eventually affect Tamil Nadu’.
In contrast to Menon’s book, Mark Salter’s volume notes how India did not like Norway coming into play a role as a peace negotiator.

In 2001 “[Erik] Solheim and [Norwegian Ambassador] Westborg flew directly to Delhi for the first meeting with Indian Government representatives. As Solheim recalls: We travelled to Delhi to meet Foreign Secretary Lalit Mansingh, a foreign policy hotshot who later became Indian Ambassador to Washington. He asked us to sit down and then began a third-degree interrogation, without any pleasantries. ‘Why do you think you can contribute at all in this part of the world?’ he asked. There was no protocol, [it was] like a police interrogation. After an-hour-and-a-half, we left.

Solheim continues, ‘Then we met Jaswant Singh, the BJP leader and Minister of External Affairs. He said, “I have just one question for you: are you patient?”‘ In reply, Solheim ‘admitted that Norwegians are not patient’, contending that they intended to ‘solve this conflict fast’. Singh’s response was blunt: If that’s the case, take the fastest taxi to the airport, get on a plane, and make certain you have a one-way ticket, go back to Europe and stay there. Because if you think this conflict can be solved rapidly you will just complicate matters.”

According to Menon, another important factor was the involvement of the Research and Analysis Wing (RAW) in Sri Lankan affairs from the 1970s onwards.
Menon argues that the choice India made in the light of growing separatist sentiments in Sri Lanka and language riots in Tamil Nadu in the 1960s when the imposition of Hindi was announced had created a fear in Dehli that Tamils would attempt to create an independent territory.

Consequently, from the 1970s onwards RAW was tasked with keeping an eye on the LTTE and other radical Tamil groups: the PLOTE, EROS, TELO, EPRLF and TELA. Menon notes that ‘most accounts say’ that RAW also trained and supported these groups between August 1983 and May 1987, the logic being that a degree of contract and control over them would be useful to further the peaceful evolution of a solution to the Tamil problem in Sri Lanka – hopes that were dashed by the subsequent course of events.

Although Menon’s book captures some salient features of the development of the Eelam concept in Sri Lanka, his sage attempt to save both the Sri Lankan polity and India from being sandwiched between geopolitics and a Tamil issue that is also considered a ‘homegrown’ question for India, is far better projected in the his account of the choices India made over Sri Lanka during the final stages of the war.

His confirmation of Indian assistance during the last phase of the war explains how he and his mission suggested the idea of safe zones for civilians who were trapped in a narrow strip of land during the last months of the war.

Menon says that India began to worry at the prospect of widespread civilian casualties when the LTTE fighters progressively squeezed into an even smaller area, while also resorting to their standard tactic of using civilians as human shields.
For Indian policymakers, the priority was to ensure that the least harm possible fell on the civilian population trapped in the midst of war. “This was a moral as well as a political imperative, with Indian general elections coming up in May 2009 and Tamil Nadu the state that had swung the balance in the 2004 election in favour of the ruling UPA”.
Menon speculates that for every Tamil in Sri Lanka there were about 27 Tamils in India, all of whom were emotionally affected by what happened to the Tamils in Sri Lanka.

On 21 January 2009, the SLA declared a 32-km-sq ‘safe zone’ between the A35 highway and the Chalai Lagoon where they stated there would be no firing. Only a trickle of civilians, however, was able to enter the zone. The LTTE prevented them from entering and the ‘no fire’ commitment was broken when the SLA suspected the LTTE of entering the zone. Instead, civilians fled and were pushed into a narrow strip between Nanthikadal and the Indian Ocean. On 12 Feb 2009, the SLA declared a new safe zone, 10-sq-km northwest of Mullaitivu, but Sri Lankan Air Force attacks on the zone continued.

Norway and the United States were attempting to secure a cease-fire, to negotiate exile for Prabhakaran and to explore other exist strategies that would effectively keep the LTTE alive to fight another, politically or militarily. For politicians and leaders in India whether Tamil Nadu or in Delhi, this was not an acceptable stance or outcome. Political leaders, actors and the political divide in Tamil Nadu knew that the only way Prabhakaran could lead Tamil Eelam would be to physically eliminate the real leaders of the Tamils who were in India just as he had already done to other Tamil leaders in Sri Lanka.

Menon points out that the USA was willing to help Rajapaksa in practice with intelligence and military training, but was constrained to express human rights concerns without letting them rise to the level of affecting his conduct of the war against terrorism.
Menon calculates that if India had stood aside or asked him to desist, in effect, defending the killers of an Indian prime minister, Rajapaksas would have effectively written India out of Sir Lanka for next decade or more sacrificing our maritime and other interests in Sri Lanka and abdicating a geopolitically strategic neighbour to other powers.

By 2009 the LTTE leader had no one to back him or to tell him the truth during the last months of his life. The only person who returned to him during this period was Kumaran Pathmanathan (KP) the arms procurator for the LTTE.
He also notes the best estimate cost spend on this war was USD 200 billion five times Sri Lanka’s GDP in 2009.
Menon recalls that Mahinda Rajapaksa told him that there was no one from the Tamil side that could be engaged with politics saying that the TNA was complicit or indebted to the LTTE and to some most radical elements in the Tamil diaspora. Rajapaksa relied more on EPDP turncoat Tamil militant Douglas Devananda.

Gotabaya had a clear view of Sri Lanka’s interest in Menon notes. He reassured Indian about the nature of Sri Lanka defence relationship with China. Security was Gota’s sole reoccupation which made him sensitive to India’s concern while Mahinda was more compliant with Chinese demands.

He adds that both gave the assurance that India’s security interests would be respected and that there would be no surprises in Sri Lanka’s relations with China
Menon was assured that there would be no permanent Chinese military presence in Sri Lanka, and they would look to India for most of their military training and intelligence needs.
The diplomat also adds that the Sri Lankan civil war is one of those few instances he can think of, in which terrorism was militarily defeated. 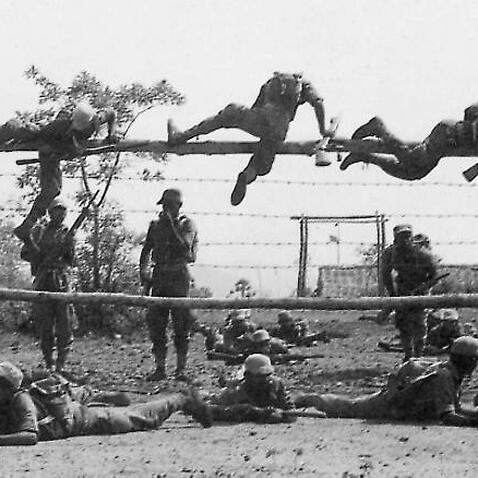 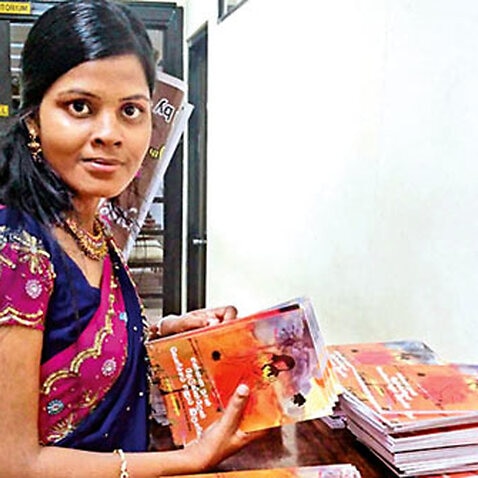 Ex-LTTE members increasingly taking to writing about their experiences