Gotabaya Rajapaksa Wins or Loses  He Will  Continuously  Haunted by The Ghosts of Mullivaaikkal for The Rest of His life!

Today is the thousandth day of demonstration, rallies, road-side campaign by the relatives of those who involuntarily disappeared before and during the war in Sri Lanka. During this long period, the mothers and fathers have demanded the government to produce their sons and daughters handed over to the army during rounding up of suspected militants as well as those who surrendered on May 18, 2019.

They sought answers to the nagging questions “what happened to our loved ones., in most cases, we ourselves handed them to the armed forces” from the government, UNHRC, foreign diplomats.

These people are of the strong belief that their sons and daughters are still alive and they are incarcerated in clandestine military detention cells/centres/camps. The OMP estimates that at least 21,000 have disappeared from the predominantly Tamil north and east during the war.

When Prime Minister Ranil Wickremesinghe was confronted by angry parents who wanted to know the whereabouts of the missing persons he answered saying that the government had made a search for detainees in army custody and found none. He then said the missing persons must be presumed dead. This answer only helped to worsen the already toxic atmosphere.

Today, Gotabaya Rajapaksa, the Defence Secretary during the war,  entering the presidential race on the SLPP platform has raked in old memories. It is no secret that relatives of the missing persons are pointing fingers at Gotabaya Rajapaksa as the person holding the key in regard to many unanswered questions.

So far,  despite promise by the Sri Lankan Government, no one has been held accountable for extrajudicial killings during the war. But the mothers of the missing persons hold Gotabaya Rajapaksa accountable in his capacity as then Defence Secretary accountable. He commanded the much-feared intelligence corps Mahinda Rajapaksa, was president, near the end of the war. In that role, Gotabaya Rajapaksa was accused of ordering torture, rape and abductions of thousands of Tamils.

When Rajapaksas (Gotabaya, Mahinda and Namal) went to the North to canvass support for  their presidential nominee Gotabaya for the post of President more than two dozen mothers and other relatives of the missing held a protest rally before the Nallur Murugan temple – two miles from the venue of the meeting held in support of Gotabaya’s candidature. They have also been protesting against the Tamil National Alliance (TNA)meetings in support of Sajith Premadasa in Jaffna and Mullaitivu.  These days they are displaying US and  EU flags to garner support regarding unsolved disappearances during the war.

Gotabaya Rajapaksa has studiously avoided giving interviews to the press knowing well that many embarrassing questions will be fired at him by journalists about missing persons, extrajudicial killings of surrendees etc. during the final stages of the war which officially ended on May 19, 2019.

This is exactly what happened at the first press conference he held at Shangri-La Hotel in Colombo on 16 October 2019 with Mahinda Rajapaksa apparently to provide cover for him from the firing line.

A grinning Gotabaya Rajapaksa dodged questions about enforced disappearances and missing surrendees at the end of the war, Gotabaya Rajapaksa struggled to answer tough questions by a large number of journalists and forced to acknowledge military leadership of Sarath Fonseka. He denied Paranagama Commission findings of ‘missing’ persons.

Challenged repeatedly about the large number of missing persons during the final stages of the war and about accountability for the LTTE cadre surrendees, Gotabaya who had previously claimed credit for the military victory, denied any role in the management of the victory and its outcome and tried to pass the blame on to the Army’s Commanding officers  on the field! 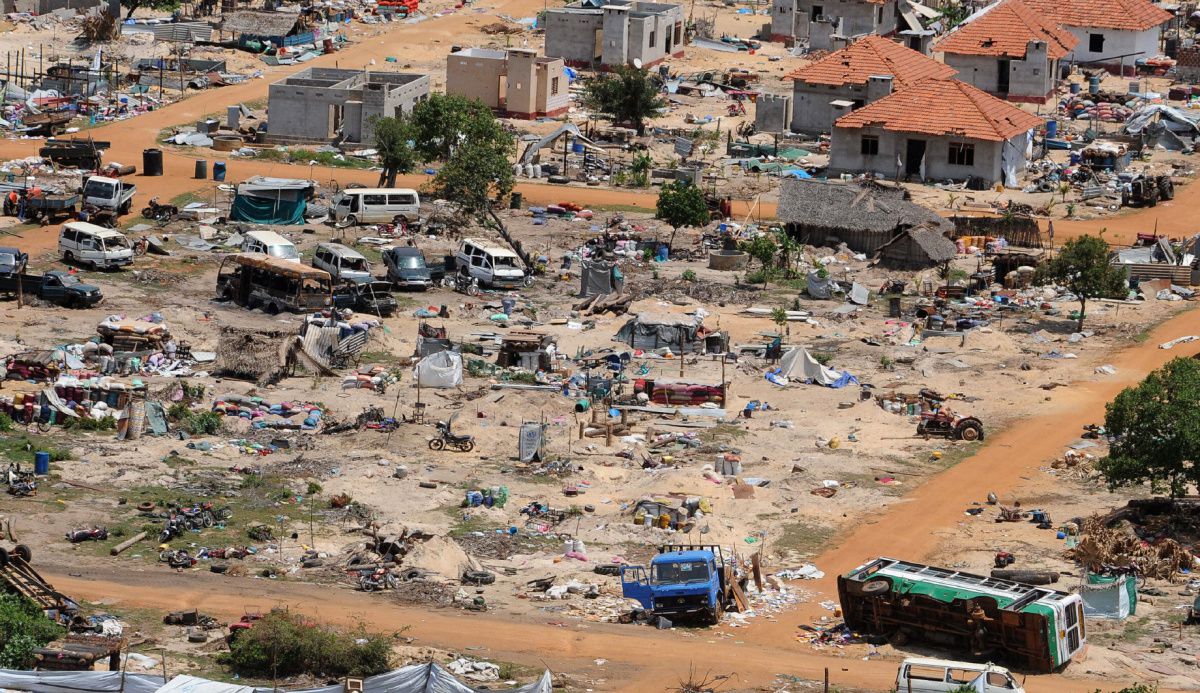 Here is how the questions and answers went according to the Daily News dated October 16, 2019 –

A: You are mistaken I think, I was not leading the Army.

Q: Your brother was?

A: No! No! The Army was led by the Army commander

Q: You were the defence secretary, what will you tell the people who ask that question? 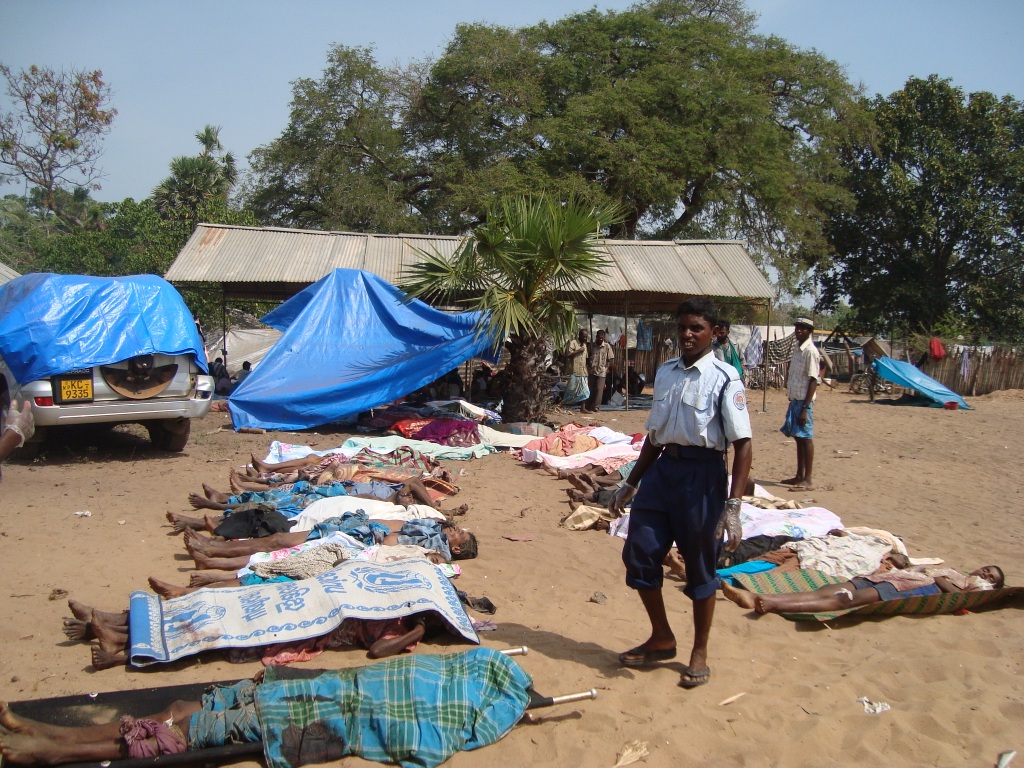 A: About 13,784 surrendered and they were rehabilitated and reintegrated into society. They were given employment in the Civil Security Force and some of them were recruited in the military as well. We had one of the most successful rehabilitation programmes. Even foreign observers commended our programmes.

Q: Does that mean that there are no missing persons?

A: Even in the military, over 4,000 officers and soldiers went missing during the war in the battlefield. Once, I went to Jaffna Fort and even we couldn’t recover the bodies of the military personnel. People are missing. Similarly, a number of soldiers are missing.

Q: Some say those who surrendered did not return? So are they lying?

A: No! Somebody can say that but that is an allegation. We had a commission on this. There were no cases like that.

Q: Even the Paranagama Commission of your time said there were such cases

Q: It was said that various census and statistical surveys were conducted which came out with numbers. What was the process that you had in mind to carry this forward?

A: You are talking all the time about the past. Ask about the future. If you concentrate on the future, it is better I think.

Q: But can you move on without addressing the past? 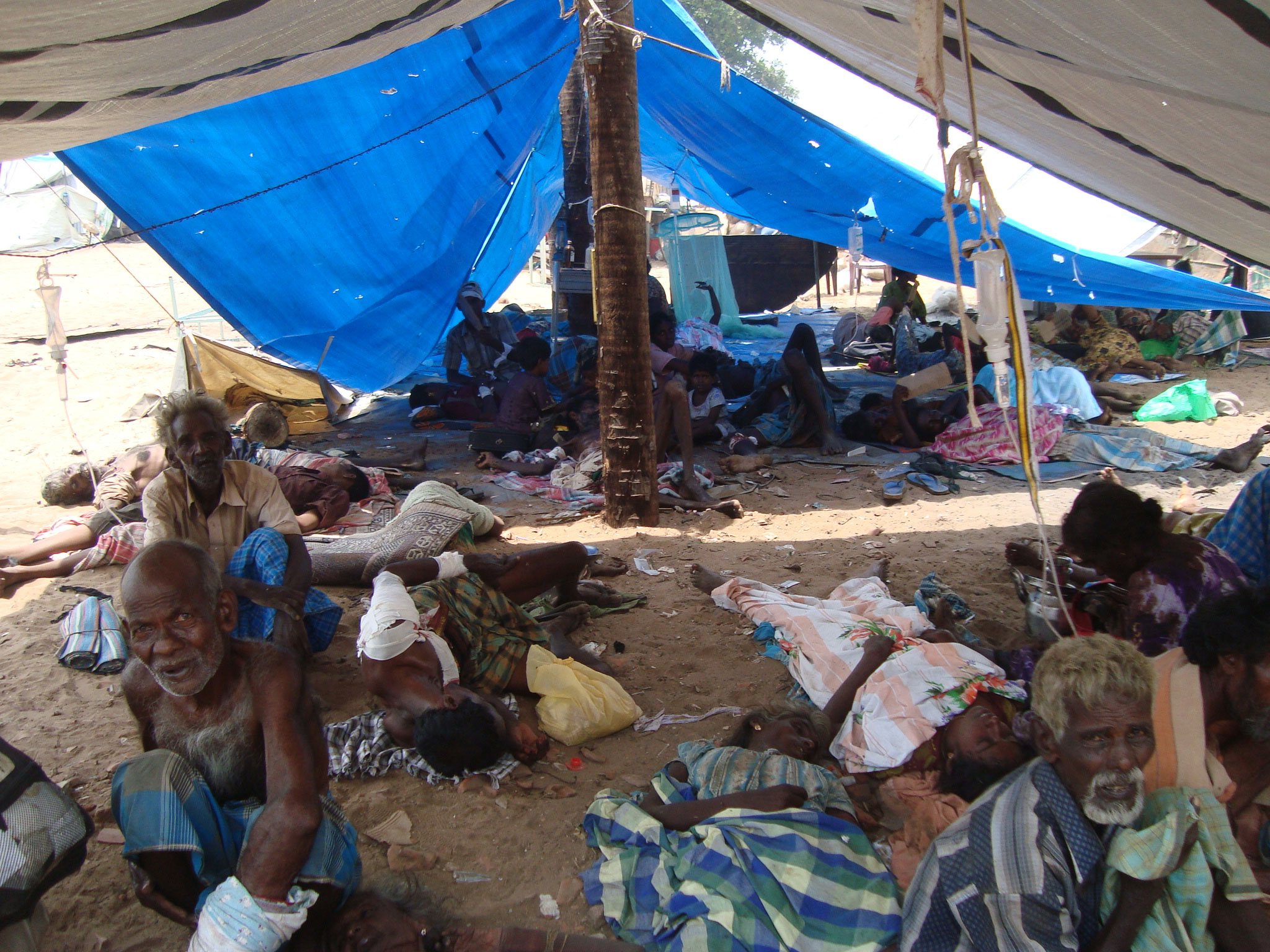 Questioned about the UN Human Rights Council resolutions, especially 30/1 of 2015,  Gotabaya Rajapaksa repeatedly described the UNHCR resolutions as “illegal”, but said that if elected to power he would work with the UN and human rights organisations in resolving contentious issues.

In an explosive interview with The Sunday Leader General Fonseka, the then Army Commander said he had no information communicated to him in the final days of the war that three key LTTE leaders had opted to surrender to Sri Lanka’s armed forces as the battle drew to a bloody finish. He told Frederica Jansz that Defence Secretary Gotabaya Rajapaksa instructed a key ground commander in the north that all LTTE leaders must be killed and not allowed to surrender. Later, under pressure, Sarath Fonseka retracted his statement. (http://www.thesundayleader.lk/2009/12/13/%E2%80%9Cgota-ordered-them-to-be-shot%E2%80%9D-%E2%80%93-general-sarath-fonseka/)

“We will work with UN and Human Rights organisations as well in solving issues but the resolution is not something we signed,” Gotabaya Rajapaksa said. 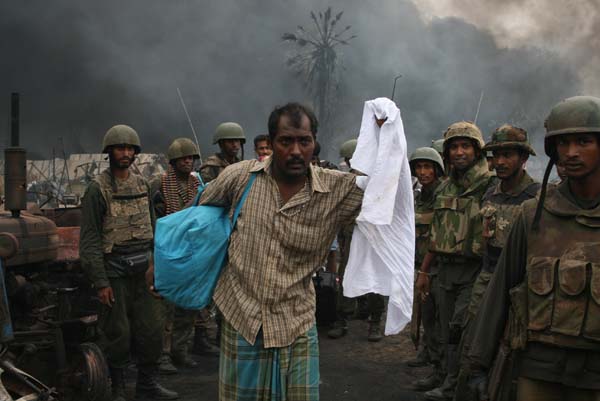 When asked about the rights of ethnic minorities, however, the presidential candidate emphasised the need for the economic upliftment of minority areas. (https://www.dailynews.lk/2019/10/16/political/200010/gota-denies-paranagama-commission-findings-%E2%80%98missing%E2%80%99-persons)

I have written articles on the extra-judicial murder of those LTTE leaders who surrendered with White flags. The surrender was facilitated by Mahinda Rajapaksa and Basil Rajapaksa. They were told to hold the flag high so that the soldiers can them. On the morning of May 2009 when B. Nadesan Head of the LTTE Political Wing, Seevaratnam Pulithevan of the LTTE Peace Secretariat and Col. Ramesh (Ilango)  Head of the LTTE Police Force approached the 58th division of the at Vadduvaakal along with about 300 LTTE cadres and civilians they were gun down! Some of them like Nadesan, Pulithevan and Col. Ramesh (Ilango) were tortured before killing them. Their bullet-ridden and tortured bodies were seen lying on the ground. 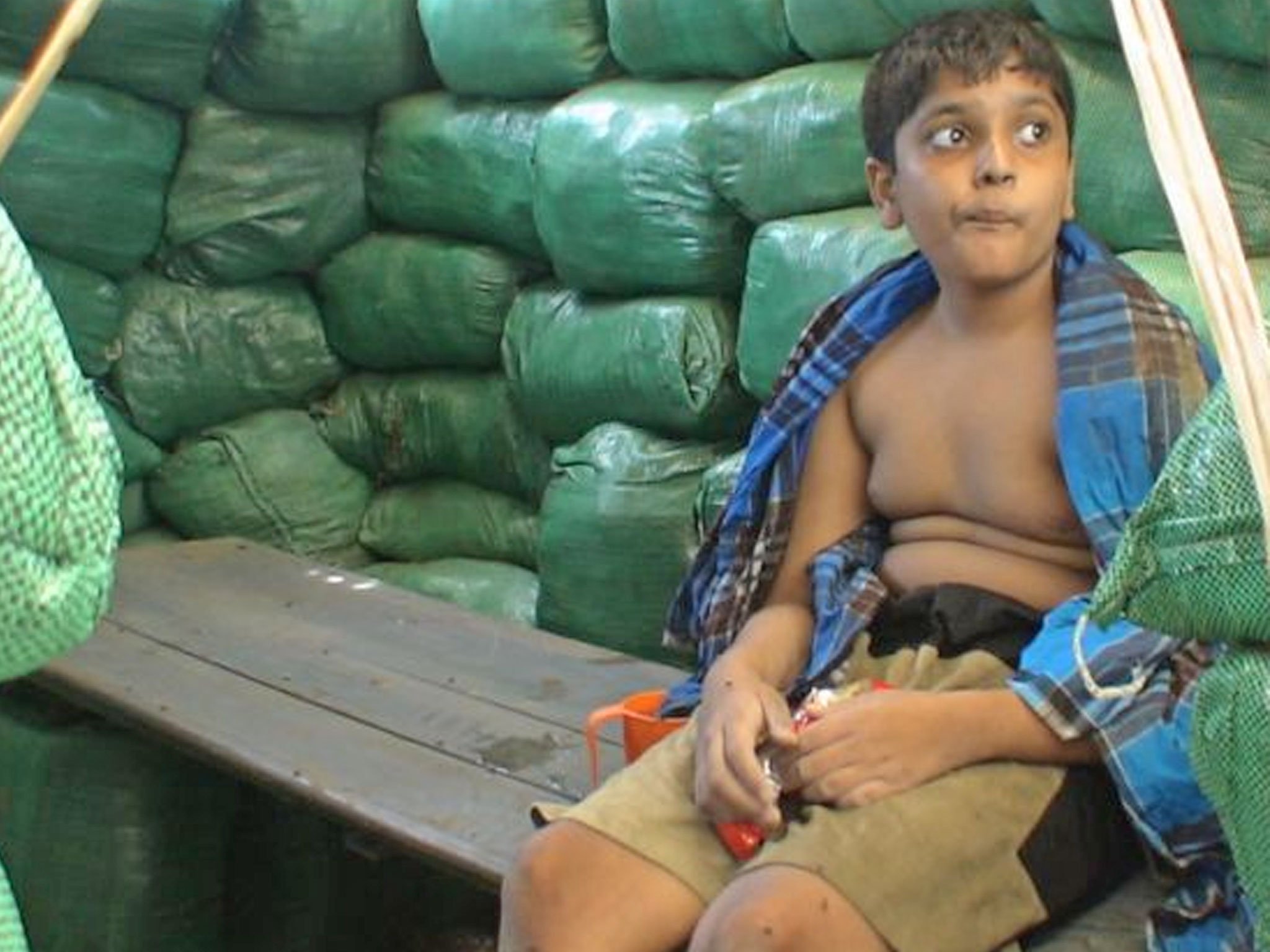 On the same day in the evening high ranking  LTTE cadres like Elilan, Yogi, Balakumar. Poet Rathnathurai, Thilakar and others surrendered to the army. They were taken in CTB buses for a ‘short inquiry’ in the presence of their spouses and friends. Fr. Joseph Francis, a Catholic Priest took down the names of the surrendees and then seen boarding a bus. After that fateful day, they all went missing. A photograph showing Balakumar and his son seated what seems to be a military camp appeared in the media.

I have given more details and list of surrendees in the previous articles I wrote and published by  Colombo Telegraph.

(2)  LTTE Cadres Who Surrendered To The Army: Where Are They? (https://www.colombotelegraph.com/index.php/ltte-cadres-who-surrendered-to-the-army-where-are-they/)

(3) Notwithstanding  Denial by Admiral Wasantha Karannagoda, Thousands of Missing Persons Could Not Have Vanished into Thin Air (https://www.colombotelegraph.com/index.php/notwithstanding-denials-thousands-of-missing-persons-could-not-have-vanished-into-thin-air/)

Whether Gotabaya Rajapaksa wins or loses the presidential race, he will be continuously haunted by the ghosts of Mullivaaikkaal for the rest of his life!