Tamils Sandwiched Between Militant Islam on the Ascendancy and Sinhala-Buddhist territorial expansion!

History, it is claimed repeats itself first as tragedy and then as farce. In Afghanistan, the Western countries, notably the US, trained and armed Muslim Taliban to fight Soviet invasion in the seventies.  It took ten years of grinding insurgency before Moscow finally withdrew, at the cost of millions of lives and billions of dollars. In their wake, the Soviets left a shattered country in which the Taliban, an Islamic fundamentalist group, seized control, later providing Osama bin Laden with a training base from which to launch terrorist operations worldwide. 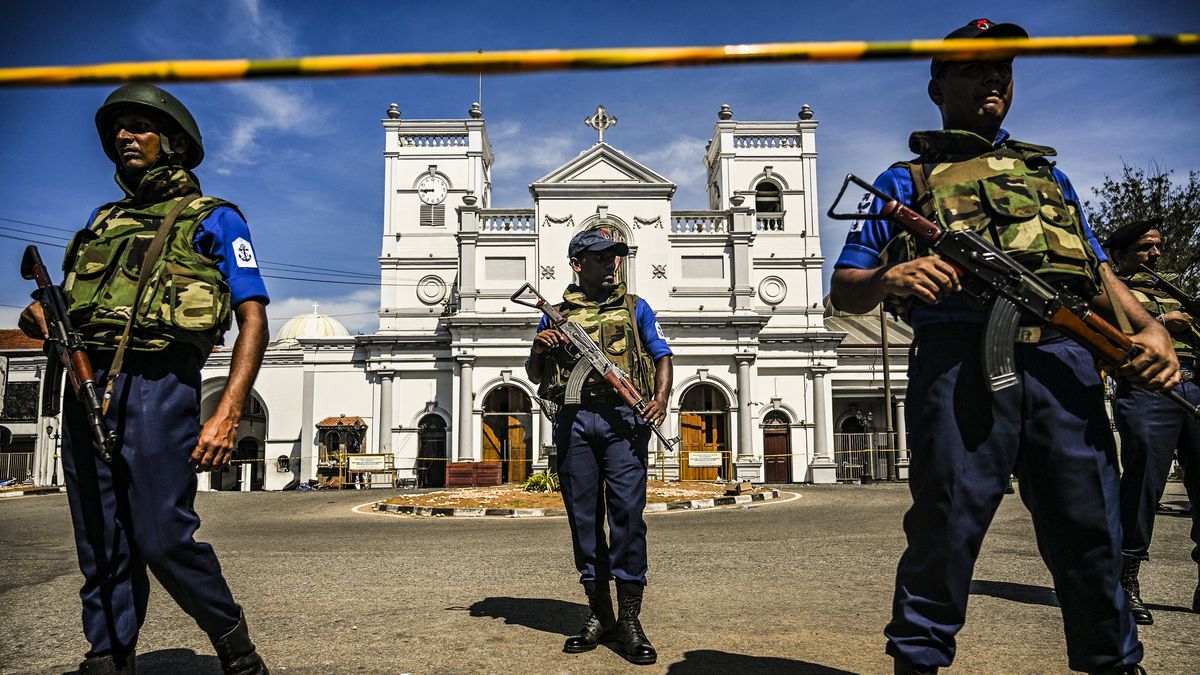 Taliban like Al-Qaeda is an Islamic fundamentalist outfit which enforces the Islamic Sharia law, which resulted in the brutal treatment of many Afghans, especially women.

The war lasted for 9 years from December 1979 to February 1989.  Thereafter, the Taliban used the same weapons provided by the US to fight its enemies and capture power. Today, the Taliban, which rose from the ashes of Afghanistan’s post-Soviet civil war, is fighting the US and US-backed Kabul government. The US and its allies declared war on the Taliban on October 17, 2001. Daily scores of innocent civilians are dying.

We witness a similar scenario in Sri Lanka.  Till 2009, the Sri Lankan government armed and used the Muslim Home Guards in its war against the LTTE.  This outfit aided and abetted by the Sinhala army killed and drove thousands of Tamils from border villages in the east. 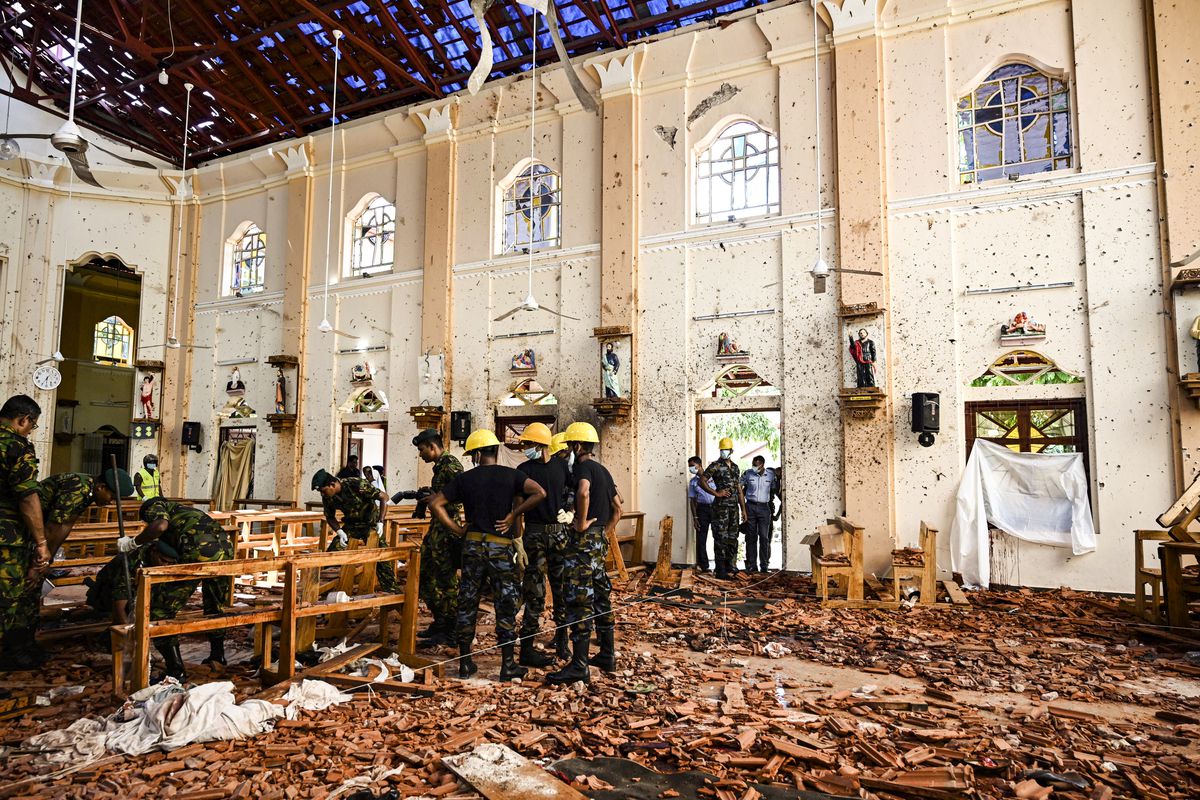 In 1990 Muslims destroyed the Kalikoil temple at Oodamavadi.  MLAM Hizbullah, presently the Governor Eastern province boasted that it was he; he alone as the Chairman of Batticaloa District Development Committee took over the Hindu temple land (once 100% Tamil village) and handed same to the Mosque Trustees. This takeover took place despite vehement opposition from Tamil MPs. Hizbullah also boasted that it was he who was instrumental in building a three storey market that included meat https://youtu.be/YKy75wxbDpI) stalls! Obviously, he was promoting Islamic fundamentalism.

The above is the general pattern in the eastern province since 1983. Tamils became victims of militant Islam aided and abetted by power wielding hungry Muslim politicians.  The periodical riots between the Sinhalese and Tamils were used as a cover to dislodge Tamils from their homes using brute force.  Successive Sinhalese governments pampered Muslim militancy and Islamic fundamentalism at the expense of Tamils.

Today, both Trincomalee and Amparai are Muslim majority districts. TABLE 1 below shows the ethnic–wise demographic changes that took place between 1827 and 2012 in the Trincomalee District.

Today, the Tamils once a predominant majority in the eastern province, consisting of Amparai, Trincomalee and Batticaloa, has been reduced to a minority. A glance at the following Table 3 confirms the present status of the Tamils.

Wahhabism is named after an eighteenth-century preacher and activist, Muhammad ibn Abd al-Wahhab (1703–1792). He started a reform movement in the remote, sparsely populated region of Najd, advocating a purging of such widespread Sunni practices as the veneration of saints and the visiting of their tombs and shrines, that were practised all over the Islamic world, but which he considered idolatrous impurities and innovations in Islam (Bid’ah). Eventually, he formed a pact with a local leader, Muhammad bin Saud, offering political obedience and promising that protection and propagation of the Wahhabi movement meant “power and glory” and rule of “lands and men”.

The Sunday Easter attack on Christian churches by Islamic fundamentalists could be traced to the influence of Wahhabism.

A    private Sharia University, the largest in South Asia, in Arabic architectural style has been built in Punanai, Batticaloa at a cost of Rs.3, 000 million. Not surprisingly the funds for the University came from Saudi Arabia and other Muslim states. This super University is slated to enrol over 5,000 students next year to study Bachelor of Arts in Sharia and Islamic Studies in Islamic Law in Sri Lanka. It will produce 1500 Ulaam priests a year free of charge for Sharia Laws. 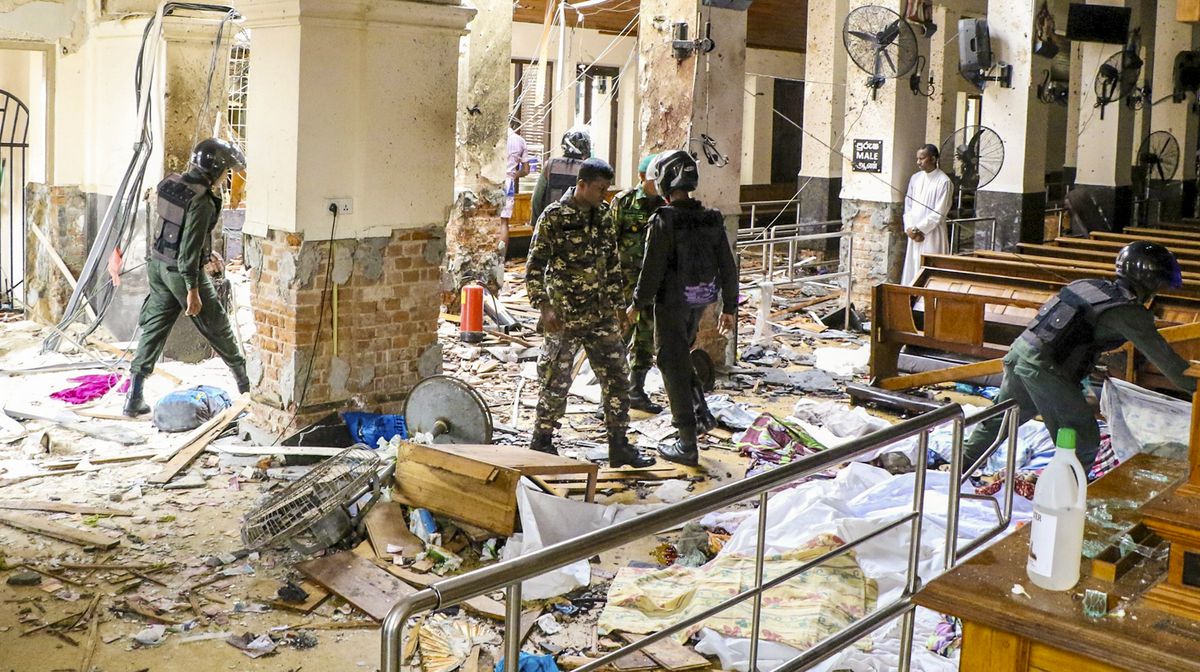 The University is expected to produce 15,000 Islamic theologians at the rate of 1,500 per year for the next 10 years.  Islamic Religious Ideology graduate courses in Business Management, Medicine, Information Technology and several other subjects were also available.

The authorities have decided not to charge any money for the degree students, and they have already started pre-campaigning through Islamic organizations in Sri Lanka, India and Bangladesh.

Wahhabism — a hard-line strain of Islam blamed for breeding militancy — proposed a direct path to God, albeit one that aimed to return the religion to the time of the Prophet Muhammad.

Kattankudy town with an area of just 3.9 square kilometres, it has more than 45 mosques. It borders the Tamil towns of Manjanthoduvai and Arayampathy has 66,000 Muslims. It looks like an Arabic satellite town with delicate swirls of Arabic calligraphy. Date palms line the roads,  Cafes offer tiny cups of Middle Eastern coffee; a rarity in the land of Ceylon tea. A monument in the shape of a rehal (book rest) adds to the Arabic ambience of the town. Not surprisingly Zaharan Hashim, the man accused of masterminding the Easter Sunday attacks in Sri Lanka, grew up. And it was here that he preached his ideology calling for the killing of nonbelievers of Islam and even other Muslims.

In the eastern province, Tamils are squeezed between militant Islam on the ascendancy and Sinha-Buddhist territorial expansion.