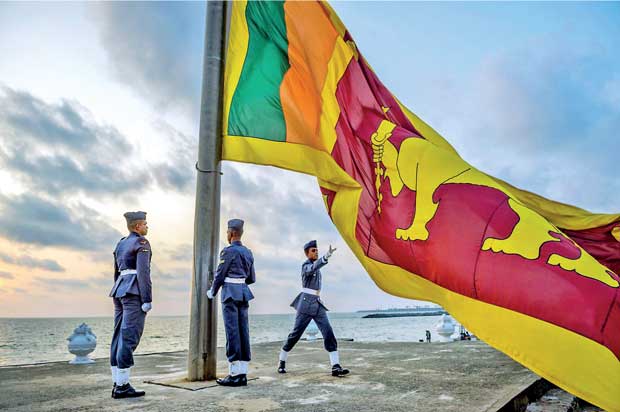 As Sri Lankans head to the polling stations for local Government  elections a few days after 70th anniversary of Independence, they are  starved of choices

It’s now 70 decades since the ‘Pearl of the Indian Ocean’ broke free from the bondage of colonial rule. Sri Lanka (then Ceylon), which was

subjected to one of the longest periods of foreign occupation from 1505 to 1948, had a very smooth transition to the democratic parliamentary system. In contrast to many other colonies both in the region and beyond, there was no violent struggle for independence nor was the transfer of power marred by racial or religious turbulence.

Ceylon had in fact been regarded as a ‘model colony’ by the imperial rulers and become a ‘model dominion’ on February 04, 1948. With impressive economic and social indicators, Sri Lanka at the time of Independence, was a rising star to be emulated by other states undergoing decolonisation. But the 70 years that have lapsed post-independence are littered with many instances of great shame and squandered opportunities; the pearl now more aptly characterised as a teardrop.

After Independence, Sri Lanka didn’t become development conscious with confrontational and sectarian politicking crippling our progress. The post-independence trajectory saw ethno-nationalism rear its ugly head culminating in a protracted, brutal civil war with devastating consequences, the scars of which appear to be set to haunt the country in the years to come. These critical 70 years have seen a disgraceful number of communal upheavals that have tarnished our image worldwide.

The task of building a united country in which all ethnic and religious communities feel a true sense of belonging, equality and fair-play remains a daunting one. Yet it’s a task that doesn’t even appear to be a priority at this juncture with the political elite preoccupied with their personal battles to retain power. Their unmitigated pursuit of self-interest has been the bane of this country.

The road to degeneration was paved by opportunistic political leaders in independent Ceylon through the implementation of policies that accentuated ethnic tensions. Politicians resorted to ethnic-outbidding as a strategy to capture power, but at great cost to the country. 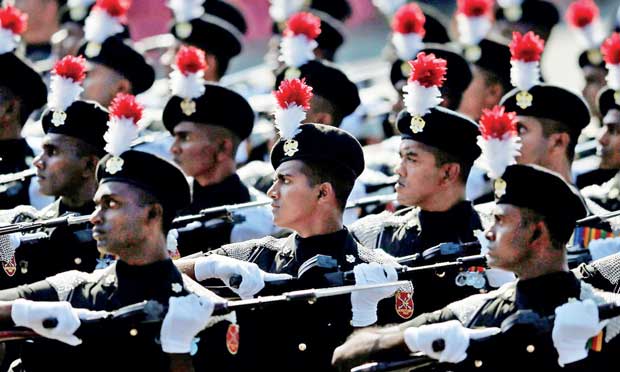 Multi-ethnic Sri Lanka needed a structural framework that fostered consensus and co-existence; and the Soulbury Constitution even with Section 29 (2) which guaranteed equivalent rights to all communities, could not act as a bulwark against majoritarian politics. As a result, the language, education and employment policies implemented in independent Sri Lanka to improve the standing of the majority community, directly resulted in anti-minority practices.

It’s pertinent to note that even in the ‘model colony’, there were two rebellions against British rule after the fall of the Kandyan Kingdom, the first in 1818 and the second in 1848, both of which were violently suppressed. There were ethno-religious riots in 1915 which again were quelled intolerably by the British.

But this soon gave way to ethnic rivalries and complexes. After independence, sections of the Sinhala community began to stridently assert the need to revive their culture, language and religion, under subjugation for nearly four and a half centuries. Similar was the plight of most of the other communities. The nationalistic fervour couldn’t bring together the other victims of colonial exploitation, and they continued to remain victimised.
The first targets of Sinhala nationalism were the Tamils living in the Hill Country. In 1949/50, the Government passed legislation denying citizenship to Tamils of recent Indian origin and disenfranchising them, effectively reducing Tamil voting power. This was the first shift away from pluralism to communalism in independent Ceylon. The Hill Country Tamil population, which comprised 11.73% in 1946, had plummeted to 4.12% in 2011, primarily due to repatriation to India during the 1960s.

They remain a subset of the country’s population unique for its income disparity and lagging far behind all other communities on all developmental indices.

In 1956, ethnic tensions soared after Sinhala was made the sole official language as a result of which the non-Sinhala speaking communities suffered immensely. Communal riots soon followed the same year. The worst pogrom took place in 1983 when hundreds of Tamils lost their lives and properties leading to a large exodus, mainly to Western countries. The failure of Gandhian style agitation by Tamil leaders and the growing sense of marginalisation felt by the Tamils set the stage for the formation of the Liberation Tigers of Tamil Eelam (LTTE) in the mid-1970s, signifying the shift from non-violence to violence in the articulation of Tamil demands.

The task of building a united country in which all ethnic and religious communities feel a true sense of belonging, equality and fair-play remains a daunting one. Yet it’s a task that doesn’t even appear to be a priority at this juncture

From as early as 1958 when the Bandaranaike-Chelvanayagam pact was abandoned due to pressure from Sinhala nationalists, Sri Lanka has seen several unsuccessful attempts to negotiate a political settlement. Sri Lanka is Asia’s oldest democracy having enjoyed universal adult suffrage since 1931, 20 years ahead of its adoption in India and just two years after its institution in Britain. Perhaps Sri Lanka’s greatest achievement since independence has been the ability to keep democracy alive, despite major threats to democratic practices over the decades.

The military defeat of the LTTE in 2009 was a golden opportunity to put the country back on the right track, but that window was fast shut and the doors of despotism and nepotism opened wide. Post-war in 2009, Sri Lanka experienced a particularly acute erosion of democracy and communal violence directed at the Muslim and Christian communities. The minority communities along with a major chunk of the majority community in early 2015 showed their anger at the direction in which the country was headed. Sri Lankans voted decisively to oust a corrupt, tyrannical regime and mandated a ‘rainbow coalition’ that promised to work together on a common agenda, to salvage the country from ruination.

Some key achievements since 2015 are; the 19th Amendment (which diluted executive powers, reduced the presidential term from six to five years and reintroduced the two-term limit for presidency), the Right to Information (RTI) Act (which improved transparency), and the Office for Missing Persons (OMP) despite delays in its full operationalisation. These improvements are reflected in Freedom House’s ‘Freedom in the World 2017’ country profile for Sri Lanka which saw a rise in the annual ratings from 5 to 4 in 2016, and 4 to 3.5 in 2017 (1 being ‘Most Free and 7 being ‘Least Free’). Sri Lanka continues at 3.5 for 2018; the full country report however is yet to be released.

Sri Lanka is currently classified as “partly free” in the annual report which studies political rights and civil liberties worldwide. The Freedom House 2016 report noted that Sri Lanka “received an upward trend arrow, due to generally free and fair elections for president in January and parliament in August, and improved conditions for freedom of expression, religious freedom, civil society, and judicial independence under the new administration.” The FH 2017 report pointed out that Sri Lanka under the new administration has experienced improvements in political and civil liberties.

Yet all these achievements are now eclipsed by bitter infighting among the coalition partners. The forward thrust may well be reversed if internal differences aren’t ironed out soon, and the losers in all of this are finally not even the politicians, but the masses. The new Government was mandated in 2015 to fully restore democracy, re-establish the rule of law, eliminate corruption and ensure security to religious minorities.

As Sri Lankans head to the polling stations for local Government elections a few days after 70th anniversary of Independence, they are starved of choices. Endorse a fractured, incoherent coalition or cast a vote of confidence on a regime that was dethroned in 2015? We shall soon know, but will we learn any lessons?At 70, Sri Lanka needs to move from confrontation to compromise. The inability of our leaders to rise above petty political ambitions and sectarian divisions, and to work towards creating a united Sri Lanka can only engender another backward march. They should not allow anything to overshadow their commitment to the nation-building agenda which they had already committed themselves to. So much remains to be achieved. We have miles to go before we sleep!