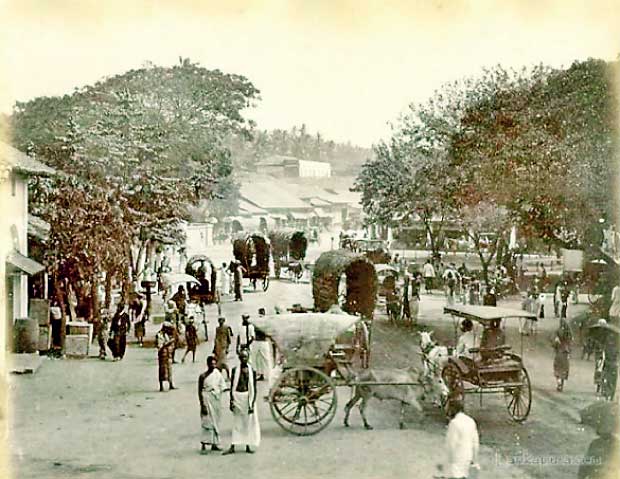 It is timely to consider Elections, politics and Legislators in pre-independence Ceylon as elections of one sort or another appear to have become a way of life in this country. Sri Lankan people hate postponement of elections—history records that every time an election was delayed, differed or re-scheduled by the governing party, it lost the belated poll. Another salient feature of the voter perception is that the contest is always between Government verses opposition.

The electorate behaviour automatically adjusts itself to this trend; there is no room for three or four -cornered competitions. They will treat UNP and SLFP led teams on one side representing the government and the Rajapaksa led group as the opposition. With the UNP as the major partner and the latter only an appendage of it— a situation extremely detrimental to the Maithri faction, perhaps, would make ‘Pohottuwa’ an emerging alternative?

Local government elections which fell due two and a half years ago, is scheduled to be held shortly, it would be appropriate to reflect upon a Legislative Council elections held 93 years ago in Anuradhapura where an Englishman, the former Government Agent entered the fray.

Herbert Rayner Freeman, who was born in March 1864, was elected to the Legislative Council-[LG] under Colebrook Constitution in 1924 to represent the North-Central Province; taking up an appointment in the Colonial Secretariat in Ceylon in 1885, Freeman retired in the year 1919 on reaching the age of 55 as an Officer Class 1 of the Ceylon Civil Service. His last assignment for five and a half years was as Government Agent in North-Central Province.

Freeman however, did not abandon his locality that was NCP, though he had a chance of returning to his mother land and draw his pension in England, but continued to serve the Province as a social worker for five years before defeating his opponent, D. S. Krisnaratne, a lawyer and sitting member. In fact Krisnaratne though a Sinhalese, and 94% of the electorate being Sinhala-Buddhists, lost his deposit too. The people with only a 30%t literacy rate surprisingly, were not racist or religious fanatics then.

In 1924, and until 1947, there was no marking of the ballot—vote was cast by the eligible adults by selecting the coloured box allocated to each candidate. For the purpose of campaigning some candidates used a symbol though. Freeman preferred the betal leaf as his symbol and the colour green for the box, while his opponent used the red colour box. He toured the entire province, which he was so familiar with, sporting tropical hat with a green betal leaf stuck on the side of it.

Freeman, a controversial figure later returned unopposed from Anuradhapura, to the first State Council in 1931 under the Donoughmore Constitution confirming the amount of gratitude, affection and respect the peasants had towards their Eajantha Hamuduruwo. He distributed medicines for the sick and agricultural equipment for farmers; walked miles along jungle trails visiting the sick and others who needed help, carrying with him his famous umbrella. Even attended courts to secure of someone he thought had been unfairly indicted in a murder or theft. 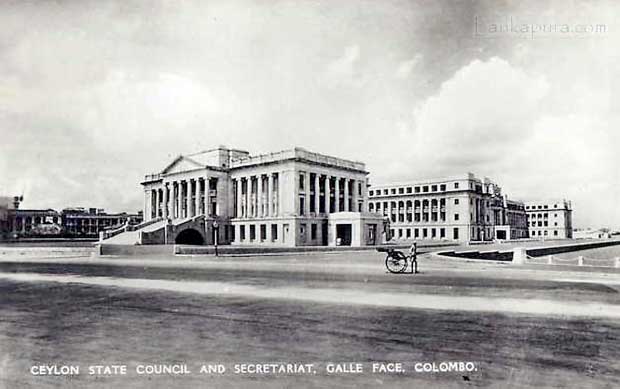 Resting under the shade of a tree at a junction in the jungle trail for a few villages to gather around him this European great would address the men in fluent Sinhala, “umbalawa chanda polata geniyanne mata behe. Umbala gihin mage kola paata pettiyata kole dammoth mama dinanawa. Nethnam mama engalantheta yanawa”, ‘meaning I am unable to provide transport for you to go and cast your vote. If you find your way and cast your vote for me in my green box, I will win, or if I lose, I will sail back to England’

When the results were announced, Freeman received some 8000 votes as against 800 by his contender. On September 12, 1924 he was declared the member, Legislative Council, representing the North Central Province.

The Council’s members met in the building in Janadhipathi Mawatha, Colombo Fort, which later housed the Senate and is presently used by the Foreign Ministry. The Governor presided— all top government officials were members; Six unofficial members were nominated by the Governor – three to represent the Europeans and three to represent Ceylonese. The nominated members had no right to initiate legislation; they only contributed to discussion. This was the initial step towards giving the citizens a voice in its administration.

The numbers were gradually increased and the balance altered to make it more sympathetic to the unofficial members. Years later, an unofficial member was designated to represent various groups of people, who were appointed for a term of five years without any payment.

Why the writer called Freeman, ‘controversial’ at the beginning has to be understood by his arrogant behaviour, which the writer ‘detected’ during his research on the European Civil Servant’s LC and SC days, while glancing through the pages of Old Hansards [1920s/30s]

Freeman—[Elected member for Anuradhapura] “…better to dissolve the Council than to go on selling its honour by intrigues worthy of the Artful Dodger of classical fiction.

Chairman: …The honourable member must withdraw that word.

Freeman: I used it deliberately.

Freeman : No sir, send me out of the Council.

Chairman: You must withdraw. You can’t attribute such intrigue to members of the Council.

Freeman: Send me out. I am prepared to go.

After prolonged debating and argument…

SWRD Bandaranaike: I think if the honourable member is permitted to explain what he means, it would be clear to members that he does not mean…let him explain the meaning of the word “ramp”

Freeman: Look it up in the dictionary.

Wijeratne:…The honourable member must have the courage to withdraw or take consequences.
Freeman: I am prepared to take the consequences.

Chairman: Well, the member has to dealt with by the house. Will the leader of the House take steps under Standing Order 110?

[Other members join the fray some in support of Freeman]

SWRD Bandaranaike: I think if the member is allowed to explain what he means, it would be clear to members that he does not mean …

Freeman: It all depends on the ramp of March 23.

D. S. Senanayake: I believe that the ruling of the Chair has been disobeyed.
Chairman: It is up to the Leader of the House to take necessary steps. The words used by member are,- ‘…to go on selling its honour by intrigues worthy of artful dodgers’
Freeman : Do you say “dodger” or ‘dodgers”?

G. K. W. PERERA: The most objectionable part seems to be, “selling its honour”
Chairman: My ruling is the member is guilty of unparliamentary language when he used those words, ‘…go on selling its honour by intrigues worthy of artful dodgers’ the whole phrase must be withdrawn.

Freeman: The Financial Secretary used the word “dodger” or “dodge” speaking of government, in this debate.

WIjeratne: I must protest against the re-opening of this question.

De Zoysa: we must keep order in this House, Sir.

Freeman: I have explained it. I said that I referred to the events of March 23 which I described as “r-a-m-p” , and that is the implication all the way through. Nothing else.

Chairman: But what about these words?

D. S. Senanayake: I believe there is a proposal before the House and the proposal is seconded.

Chairman: before I put it to the House I would ask the Member even now to withdraw the objectionable words and phrase.

Freeman: I am not withdrawing anything.

Chairman: The honourable member is suspended from the morning session of this council.

De Fonseka: I want to point out, sir, that under Standing Order 101, a member cannot be suspended only for a session. Sub section [2] says that he shall be suspended for one week.

Freeman… : That is a nice holiday for me.

Question put, and agreed to, the Council dividing as follows:-

Freeman represented the North Central Province for seven years, and won the Anuradhapura seat in State Council in 1931, which position Freeman held until death in 1945. He carried an umbrella on forest trails over the years as the representative of British Crown in Vanni and later for four years as a social worker after his retirement and finally for 20 long years as the poor people’s representative in the highest forums under two Constitutions; altogether in a career of 60 years. After his death which occurred in 1945, his umbrella, at his request was buried along with his remains in the NCP earth.