In Zimbabwe, RM “walked in” as the PM of independent Zimbabwe, respected and revered as their liberator. In Sri Lanka, MR “walked out”, still honoured as the “Sinhala hero”, having won a 30-year-war against Tamil “separatism”. But the two were ousted from power in two different ways. 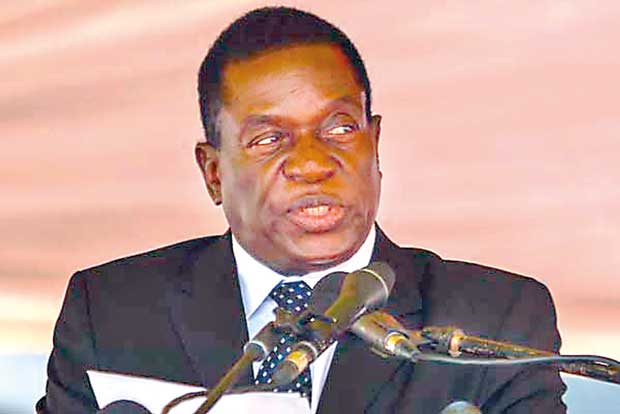 The ouster of RM was cheered on the streets of Harare as Zimbabwe’s “second independence”.
The ouster of MR was applauded in Colombo and was accepted as a “Rainbow Revolution”. In Harare, after the military coup, the newly installed President Emerson Mnangagwa on his way to the President promised his supporters, “The people have spoken. The voice of the people is the voice of God…..Today we are witnessing the beginning of a new and unfolding democracy.”

In Colombo after the new President-elect Maithripala Sirisena was sworn in he promised the nation, “… all steps will be taken to eradicate the major problems of misappropriation, bribery, fraud, and corruption from this country. Our Government will work towards establishing a disciplined, ethical and a morally strong society.”

In Harare, “time” awaits them to be tested if they would honour their promises. In Colombo, “time” though not very long, has proven they have backtracked on all promises made at the Presidential Election. All indications are, Zimbabwe’s “second independence” will go the same way the “Rainbow Revolution” in Sri Lanka did. Reasons are quite plain and the fundamentals are the same.
The norm in free market economies are the incorrigibly corrupt elite, the vested interests in politics plan and scheme the “change” in closed-door conspiracies with no people’s participation. Once the compromises and conditions are agreed upon between them for their benefit, people are called upon to vote (in Sri Lanka) or to the streets (in Zimbabwe) to endorse that “change” they decided and offered. That is called “democracy” and there the “democracy” ends. 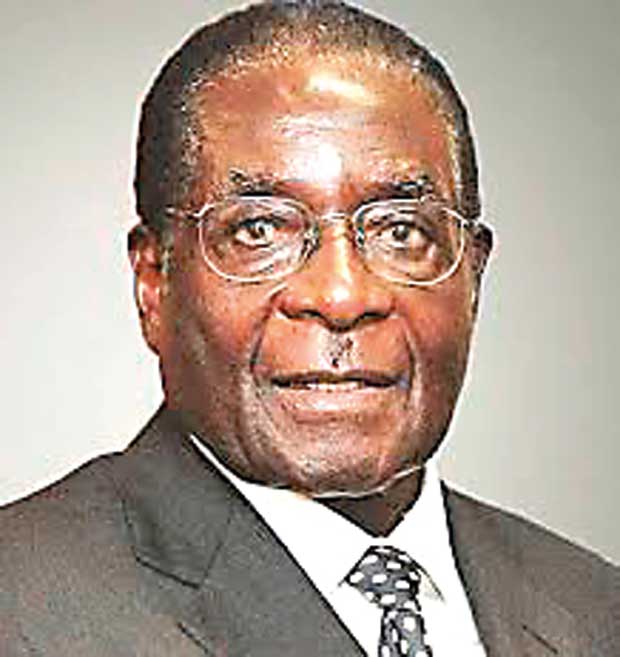 Thereafter it is the turn of the ‘schemers’ to usurp power in the name of the people, ruling as “legitimate” leaders of the people. Why do these “changes” always go the same route?
Over the past decades, the free market economy created a new rich clan, as they do in many countries. They are different to the old businessmen in how they invest, what they invest for and where. These investments and productions for export do not come within a socio-economic programme for national development. They only help a new rich urban business clan to be established. Some growing with new technology, have opened up new areas of economic activities, where “capital investment” is virtual “IT activism”. The best and the common example is the “Uber” cab service that owns no vehicles.

Their only asset is the specialised internet service that links the ‘cab’ and the ‘customer’. Most other businesses too now depend on modern technology in this global economy and very much on State patronage that is indispensable in an open economy.

This new business culture bears the cost of installing Governments of their choice. They need Governments to have State facilitated channels for the accumulation of unaccounted for money that can be transferred across geographical borders.

That black money is mostly pumped into real estate, into the media industry, and through fictitious business companies into bank accounts as ‘Panama Papers’ revealed. Most if not all “deals” signed as contracts for solicited or unsolicited projects obtained by big-time businesses are State funded or State approved, with big foreign investments coming as aid or loans.

Thereafter it is the turn of the ‘schemers’ to usurp power in the name of the people, ruling as “legitimate” leaders of the people. Why do these “changes” always go the same route?

Very much different to the common perception, it is those who have grown rich, who want to be richer. It is, therefore, necessary for them to have direct access to and control over political power as security for their accumulated wealth and assets.

This led to political parties being financed by these ever growing new rich. Picking potential leaders, grooming the next head of Government, guaranteeing continual publicity for their chosen political prodigies, became their responsibility, while taking care of the ones in power. That was what part of the black money earned, was laundered for. Eventually, the major mainstream political parties have come to be totally controlled by these businessmen, quite openly.  It is for them the political leaders ultimately hold themselves responsible to.

They have all turned the political relationship between the voter and the politician inside out and transformed the politician into a ‘service contractor’ and the voter into a “customer” who has to pay with his allegiance for all “services” obtained. In the process, politicians have been turned into an urban power bloc whether in Government or in Opposition. Theirs and also of their families culture, social values, and the whole lifestyle have turned very cosy and expensive. They cannot maintain that life unless this free market is allowed to provide more and more benefits for the urban rich and the new business clan that has encroached the formal sector of the economy.

This is also true for all professions including the media. In urban life, the free market provides unaccounted for opportunities to grow rich for all professions. Most can now earn more than their market value with the right ‘connections’ and by serving the right individual. With that comes a new lifestyle for the urban professionals that need more money to maintain. Where we have thus come to, has not left any State Agency free from corruption and free from political interference.

It has also blurred the traditional difference between the State and the Government, with the State now behaving politically, no Independent Commission can reverse. It is these complexities that have evolved that make promises for “changes” at elections irrelevant in a post-election society.

Thus self-appointed urban representatives of an unknown “civil society”, have lost even their personal credibility promising people a decent government after ousting MR.

Devalued themselves, still defending and appealing to the Government to deliver on promises made. While these “civil society” representatives go about pleading for 2015 January election pledges to be implemented, they have all been betrayed, already.

The “change” now spoken of is reduced to the single factor of “ousting Rajapaksa”. All promises for clean and efficient governance strengthened democratic institutions and ‘corrupt free’ ethical and morally strong society have been forfeited to the ouster of Rajapaksa.

That it is said to have created more “freedom”, more public space now. Freedom and public space provide no meaning to life in a society that provides no answers and solutions to most urgent and devastating problems.

This proudly announced freedom and public space means nothing to women, mothers and daughters in the North-East, who protested demanding answers for their “missing family members” during CHOGM in 2013and still continue agitating almost three years after they voted out Rajapaksa. Freedom and public space have no relevance when agitations against SAITM go without a stable permanent answer for over 20 months and the agitations demanding answers are brutally beaten and repressed, resorting to even judicial rulings.

Freedom and public space have no purpose when that can be used without obstruction by extremist racist elements and violently too.

And it meant nothing when even LG elections were kept postponed for over two years and the PC elections are postponed indefinitely. What is therefore left with this “change” is the remote possibility of bringing to book the smaller fry in a wholly corrupt society where the big fish can still scheme and manipulate politics.  That is openly exhibited with the decision to arrest Gotabhaya Rajapaksa on allegations of misappropriation of public funds. Worst is when MR’s Sinhala image still hold sway over political decisions of this Yahapalana Government and without a doubt in State Agencies as well.
Thus the “change” that the Colombo “civil society” was proud of as a “Rainbow Revolution” is proved a “change” meant for the urban Sinhala South and not for the whole country that counts the rural voter and minorities who voted for the ouster of MR.

These “changes” promised were cosmetic and only meant to exploit social frustrations and its incapability in pushing for an alternate programme for socio-economic development with required far-reaching reforms.

The “change” was what the corrupt urban elite and vested political interests schemed and manipulated. They were decided on the personal rivalry, self-interest and to steam off public protests against the total system.

Such only end up with compromises the people don’t need and are not for social benefit and advantage. That is what the Zimbabwean ouster of RM would mean and that is also what the ouster of MR now means in Sri Lanka.

Ziyambi Ziyambi, a ZANU-PF MP and former minister, is quoted in The Guardian on 22 November as having said:

“There has been an agreement. They are elder statesmen [sic] and will be respected and given their dues. He was our President and he agreed to resign so he will enjoy the benefits of being an ex-president and his wife too. He is our icon.” The unwritten and unspoken compromise between the “defeated corrupt” and the “elected corrupt” here in Colombo is what Ziyambi Ziyambi said publicly in Harare.

In the absence of alternate political leadership with an alternate programme for democracy and development backed by people, both the Zimbabwean “second” independence and the Sri Lankan “Rainbow Revolution” brings no “change” to people.

In effect it only means, changes decided elsewhere and offered for people to endorse, end up replacing one despot with another or with a new cartel.