Caste And Exclusion In Sinhala Buddhism

The “caste” talk is getting embarrassing. Caste is never spoken about in the open in Sri Lanka but is always present. There is no caste census or reservation. It is never mentioned in newspapers except in the marriage classifieds. But it most certainly determines who we marry, who we vote for and in which Buddhist temple we worship. In this essay I would like to highlight an alternate glimpse of hierarchy, caste and exclusion in Sri Lankan Buddhism. 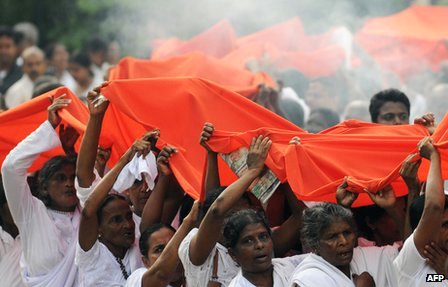 Buddhism arose in the 5th century BC North India. It adapted to caste. Modern Buddhist scholarship indicates that 80% of the Buddhist Sangha or clergy in the time of the Buddha hailed from the Brahmana, Kshatriya and Vaishya castes. 40% of the Sangha at that time belonged to the Brahmana caste. The Buddhavamsa, a Pali language scripture part of the Theravada or Hinayana tradition, indicates that Gautama, the Buddha was born into the Kshatriya caste. The future Buddha, Maitreya will be born into the Brahmana caste. The three Buddhas prior to Gautama were Kakusanda, Konagamana and Kassapa, all of whom belonged to the Brahmana caste. The Lalitavistara, a 3rd century Buddhist scripture, explicitly mentions that a Buddha can only be born a Brahmana or Kshatriya and can never come from any of the “lower castes”. There was little room for those of humble birth, low origin and without lineage to be a Buddha.

Old Sinhala language religious documents such as the Pujavaliya, the Saddharmaratnavaliya, the Kadayimpoth, and the Niti Nighanduwa refer to an elaborately ordered caste hierarchy in Buddhist Sri Lanka. In the 2nd century BC, the famed Sinhala king Dutugemenu had a son by the name of Saliya. Saliya was exiled because he had married the outcaste girl Asokamala. In the 11th century AD, King Vijaybahu denied access to the lower Sinhala castes to venerate Buddha’s foot print at the summit of Sri Pada in central Sri Lanka. The lower castes were confined to a terrace much further down. King Nissanka Malla in the 12 century felt threatened by the dominant Sinhala caste, the Govigama. He warned them in stone inscriptions to never aspire to high office. Much later, the Siam Nikaya, the Buddhist Sangha in Sri Lanka, denied membership to those who were not of the Govigama caste. This forced the Karava, the Salagama and Durava castes to seek ordination in Myanmar. Many others converted to Christianity in protest.

The Practical Sinhala Dictionary published as late as 1983 by the Government of Sri Lanka referred to the caste divisions in Sinhala society where the Govi were declared high caste and others denied that characterization. This forced the Karava, Salagama and Durave caste petitioners to appeal to the Supreme Court to have the caste references deleted by judicial order, a ruling that was subsequently granted.

So what is caste in Sinhala Buddhism At the apex, one has the Govigama or agriculturalist land owning castes who account for roughly 50% of the Sinhalese population. All Sri Lankan Presidents and Prime Ministers with the exception of Ranasinghe Premadasa, belonged to this caste. Many had Anglican Christian antecedents like Bandaranaike, the founder of the ruling Sri Lanka Freedom Party. He was born and buried an Anglican although he espoused a Buddhism and Sinhala nationalism to win the polls in 1956 even if his shrill demagoguery triggered a Tamil separatist response. Sri Lanka’s current President Mahinda Rajapakse is also from a prominent Govigama family. Sri Lanka’s elite families hail from this caste. They include the low-country Goonetillekes, the Jayewardenes, the Bandaranaikes, the Senanayakes, the Kotelawalas, the de Sarams, the de Liveras, the de-Tisseras, the Wijewardenes and so on. Then there were the up-country Kandyan Ratwattes (Sirimavo was one), the Meedeniyas, the Eknoligodas, the Dunuwilles, the Tennekoons, the Moonemalles, the Nugawelas, the Panabokkes and the Kobbekaduwas.

Many of the low-country Govigama elite embraced Anglicanism and rose the ranks of the colonial bureaucracy. They were the favoured and trusted lieutenants of English rule. With independence and the emergence of political Buddhism, many returned to Buddhism. Jayewardene, Kotelawala, Bandaranaike and Wickremasinghe were examples. The Govigama elite had collaborated with the colonial masters benefiting in terms of employment, education and land ownership. The Maha Mudaliyar Christofel de Saram and his son Johannes Hendrick were examples of the deracinated and Anglicized Govigama elite in the early 1800s. The de Sarams were the forebearers of the Jayewardenes.

Just below are the Karava or fishermen caste who dominate the maritime districts. The Karava account for roughly 10% of the Sinhala population. The Karava challenged Govigama power in the two Sinhala youth revolts of 1971 and 1987 led by the Janatha Vimukti Peramuna (JVP). The JVP was led by Rohana Wijeweera. The JVP appealed to the dispossessed and poor. While it did not articulate its ideology in terms of caste, its caste base was exclusively non Govigama. General Sarath Fonseka, who led the war successfully against the Tamil Tigers, was also of the Karava caste and ran for the position of President against Mahinda Rajapakse. He was jailed soon thereafter.

While many of the low country Govigama had become Anglican during colonial rule, about half of the Karave Sinhala population converted to Roman Catholicism. The Sinhala Karava western maritime belt of Puttalam, Chilaw, Wennapuwa, Negombo, Ja-Ela, Wattala, North Colombo, Moratuwa and to a lesser extent Panadura had become Catholic.The Sri Lankan navy has traditionally been a Karave preserve. Cardinal Malcolm Ranjith is of the Sinhala Karava caste. Reports suggest that he is a strong contender for the papacy. He is seen as Asia’s candidate for that position next month.

The third caste of consequence was the Salagama or Cinnamon Peeler who accounted for roughly 5% of the Sinhala population. The veteran Sri Lankan politician C.P. de Silva belonged to his caste. He was denied the Prime Ministership in the 1960s. This forced him to abandon the Sri Lanka Freedom Party. Nimal Siripala de Silva, another prominant Sinhala politician, also belongs to this caste.

The Durave or toddy tapper castes are related to the Ezhavas of Kerala or the Nadar or Tamil Nadu. Mangala Samaraweera, former Minister of Foreign Affairs, one time member of the ruling Sri Lanka Freedom Party and fired by President Rajapakse belongs to the Durave caste.

Other significant castes includes the Wahumpura or jaggery makers, the Padu or palanquin bearers and the Beravas or drummers (from the South Indian root – parai). There were two Sinhala outcastes, the Rodiya and the Kinnaras or mat weavers. The Wahumpura, the Padu, the Berava and the Rodi joined the JVP youth revolt in large numbers. Wimal Weerawansa, staunch anti Tamil, belongs to the Berava caste.

The Portuguese arrived on our shores in 1505 AD. We were ruled by the Europeans for approximately 450 years. This dented the caste divisions in Sinhala society as did the left movement that was intellectually dominant between the 1930s and the 1950s prior to the emergence of a Buddhist nationalism.

However, caste remains a factor in marriage, in the nomination of party candidates for elections, and in the Buddhist Sangha. If any one were to read the marriage classifieds in the Sri Lankan media, one will be immediately struck by the caste requirements for a prospective Sinhala Buddhist bride or groom. In elections likewise, the caste composition of electorates is factored in by all major parties before a candidate is identified. Salagama candidates get appointed to seats in Balapitiya, Boosa and Rathgama while Karave candidates are nominated for Karave constituencies. But it is the Buddhist Sangha or clergy which traditionally had been most divided by caste.

The dominant Siam Nikaya was once exclusively confined to the Govigama caste and remains overwhelmingly Govigama. The Karava, Salagama and Durava castes obtained ordination in Myanmar setting up the Amarapura Nikaya. The Amarapura Nikaya is subdivided into 21 sub sects defined on caste lines. The Buddhist modernist Ramanya Nikaya sect rejected caste as a qualification for entry into the Sangha. Each of the three sects run their own temples. Karave Buddhists tend to patronize Buddhist temples belonging to their sub-sect of the Amarapura Nikaya. Buddhists belonging to other castes do likewise. In short, Sinhala Buddhism was ordered on the basis of caste.

Elections were held in 1911 for the Educated Ceylonese Seat in the colonial legislature. Sir Ponnambalam Ramanathan, a Tamil, ran against Sir Marcus Fernando, a Karava Sinhalese. The Govigama Sinhalese voted enmasse for Sir Ponnambalam Ramanathan in order to deny Marcus Fernando a seat. They succeeded! But not all Sinhala Buddhists accepted the subjugation they had to endure as witnessed in the recent bloody JVP insurrections. It is estimated that 20,000 Sinhala youth were killed in 1971 and 60,000 were killed in 1989 as the military crushed the youth insurgencies. Most of the dead belonged to the non-Govigama castes.

A quote from the Mahavibhasa, a 2nd century Buddhist text would be appropriate. It mentions

‘What the Aryans say is the truth, what others say is not true. And why is this? The Aryan ones understand things as they are. The common folk do not understand. Furthermore, they are called Aryan truths because they are possessed by those who are conceived in the womb of an Aryan woman’.

This elitism is still present, although never articulated, amongst several Buddhists in Sri Lanka today.

*Punya Perera is a graduate in Political Science from the University of Peradeniya. She currently studies at the Beijing University of Chinese Medicine

Caste And Exclusion In Sinhala Buddhism