RISE OF THE GREAT GOOD Religion of science

“The scientific method is the addition of new truths to the stock of old truths, or the increasing approximation of theories to the truth, and in the odd case, the correction of past errors”

The above um… heroic definition or Whig Interpretation of scientific history appears in the Stanford Encyclopedia of Philosophy. In that, one can almost see with one’s mind’s eye, cohorts of theorists, researchers and experimenters marching resolutely on a journey if not towards the truth, then at least towards a cumulatively better understanding of the natural world. Beautiful.

Unfortunately, it is the greatest myth ever promoted to a gullible modern world. You ever heard the phrase “Paradigm shift” yes? These days, every Tom, Dick and Kusumalatha uses it to describe some fundamental change, some intellectual progress, some shake-up idea. The term was first coined by physicist Thomas Kuhn who, after having a jolly good laugh at that goody-two-shoes view of science sobers up sufficiently to give the world an alternative take on this imaginary, utopic idea of what science is all about.

He proves that there is no such thing as incremental progress in science and argues instead for an episodical model. Science, he says, is quite comfortable running around in happy circles within a given knowledge structure, making little scientific toys and trinkets in the form of casual discoveries, attending conferences, writing papers and generally being of no practical use to anyone until BAM! Some nut job somewhere comes up with something totally crackpot and completely different than anything that went on for a hundred years before. End, episode 1 and start, mad scramble for episode

2. The period of transition from one episode to another is awash in turmoil and doubt where no one knows what the hell is going on, everyone has an opinion and no one has a reasonable answer. Example: the crossover from Newtonian to quantum mechanics. What happened there, as you’ve probably guessed, is a paradigm shift.

Khun’s airtight, historically consistent claims traumatized a lot of scientific philosophers at the time but what really pissed all of them off was his assertion that competing paradigms were incommensurable. This means that there was absolutely no way of determining which of any two contenders was closer to the truth. For example, Newtonian mechanics looked at the externalities of an object while quantum mechanics looks at stuff at the sub-atomic level and there was absolutely no baseline against which to measure their relative merits or demerits. No benchmark that is scientifically consistent, triangulated and validated. So, what he implicitly asked (and what caused the aforementioned angst among the scientific philosophers) was this: When we celebrate our next so-called scientific breakthrough are we not simply subscribing to yet another outbreak of mob psychology or, more brutally, fashion? Amusing if it were not so earth shattering.

This, from a man whose work has been described as one of the most influential in the 20th century, is the stuff of nightmares for the so-called scientific purists. It is the death knell to their blithe claim of a of concord of intellectual thought driving forward in a juggernaut of truthful effort through a linear, Cartesian view of the world to greater and greater heights of knowledge, larger and larger ecosystems of understanding. Looking at the actual history of science as opposed to the fashionable, favorable view of it, it is not hard to figure out the utter absurdity of the claims of the purists.

Kuhn’s work spawned a whole new area of study into the sociology of science which proved that science was not this sacred, untouchable product of enlightened beings but simply a subculture. A deeply self-protective subculture where nothing novel is attempted by normal science which simply defaults to preserving and cleaning up the status quo. Content, contrary to all norms of seeking, as Ian Hackings states, to discover what it expects to discover. 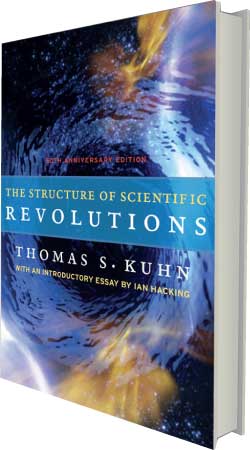 We are fifty odd years on from the time that Kuhn paradigm shifted the common idea of science and its methods. I would go a few steps further along the way. I will go so far as to say that science has now thrown caution to the winds to abuse and misuse the fanatic trust that people place in its methods to a) suborn highly questionable research, b) bumble along from useless conference to negligible summit, c) espouse not truth but expedience and d) tag along with trends and fashion mostly engineered by business interests with no thought or desire or requirement to delve deep into the core of truth.

Science has now digressed beyond linearity or episody. It’s entire structure is driven by a base stupidity (unfortunately I cannot find a less scathing word here) that has made it, laughably, cyclic in its fallacies. For example, back in the seventies, eggs were good. Next they were horrible. Then whites were great, yolks were bad. Then yolks were fine, whites were slime. Finally, the whole darned egg was good – again. Sum total of egg-research, human effort, forty years and millions spent? A round, smooth, humpty. Bad cholestrerol? Oh la la. A very recent study shows absolutely no correlation between that and heart disease among the aging population. Yet, ask yourself how many times have you messed up your food patterns, how many mad adverts appeared on TV, how many new products more poisonous than butter you stuffed your face with because some set of scientific crack heads screamed cholesterol at you? Ask yourself if there is any difference between the fear instilled in you by religions and that instilled in you by science. Coconut oil? Great a century ago. Insane until a year ago. Now? Wow!

What does this tell us? Science didn’t lose its senses – It never had any sense. Another example. Evolution. No one has proved it but everyone believes it. The operative word is belief. They believe that we came down from monkeys. Apparently our genes match more closely to a species of African tree frog than anything else. As kids these days are wont to say, wtf?

Wtf indeed. We still believe with absolute faith that science is the best weapon we have regardless of the fact that its collective effort, through all of its disciplines, from economics to agrochemicals to petrochemicals to soil science has us teetering on the brink of destruction. I know, for certain, that every scientist who reads this would rather issue a fatwa against me than acknowledge the very inconvenient truth that science as it is, is a piece of junk. This is tragic. It shows science for what it is – the playground of a group of religious fundamentalists who feed off the trust of millions and feed them fear in return. Other religions started out with great base ideas and processes, driven by charismatic leaders and genuine seekers.

So too, we saw the dawn of science. We saw how other religions degenerated into ritual and self-preservation. So too, we see the evolution of science. We saw the high priests of other religions dumbly following something that was far removed from its original base and create entire hierarchies of falsehood, lies and fear. So too we see the degeneration of science. We must now be bold enough to acknowledge that mainstream science is no better than the religions it sneers at. If we reject the one, it is high time we also reject the other – and for the same reasons.

But all is not lost for science. Its great advantage over other religions is that it has given itself the capacity to rethink its thinking, restructure its structure and redo it’s doing. 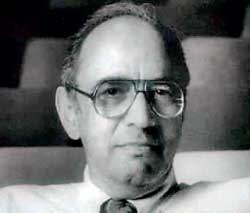 It can start by rejecting this absurd, fairytale idea of itself and its jocular belief that everything can be studied in parts to understand the whole. It can take the advice of physicists like Fritjof Capra (Tao of Physics, Belonging to the Universe), reject its Cartesian foundation and embark on a more holistic approach. It can take Capra’s advice in The Web of Life, and focus on systemic information generated by the relationships among all parts as a significant additional factor in understanding the character of the whole, emphasizing the web-like structure of all systems and the interconnectedness of all parts.

With the world going belly-up as we speak, we are now, as a civilization, actively moving towards rejecting the industrial era and espousing the sustainable era. It also sees us actively considering holistic science over normal science. In that transition, come all ye faithful, joyfully confused and questionably triumphant, and see for yourselves that this might be the foundation level paradigm shift that saves science as a tool for seeking the truth and not yet another failed religion that decided to continue with mindless ritual.