Opposition Leader and Tamil National Alliance leader R. Sampanthan yesterday urged the United Nations Special Rapporteur on Promotion of Truth, Justice Reparation and Guarantees of Non-Recurrence, Pablo de Greiff, to ensure the full implementation of voluntary commitments made by the Sri Lankan Government to the public and the international community. 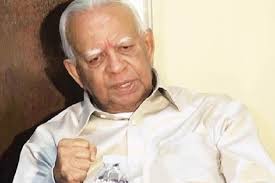 The Opposition Leader, who met special rapporteur Greiff in Colombo yesterday, discussed the issues of political prisoners, lands and missing persons in length.

Sampanthan said that Tamil people have strong attachment to the lands not merely a sentimental but much beyond that and people were protesting demanding the release of their lands in some areas for nearly a year. “They are exposed to all kinds of elements but they are determined that they want their land to be returned,” he said.

He said the Government must understand that they were dealing with feelings of people and their rights. “The issue must be resolved without any further delays. If we are seeking for a genuine reconciliation the realities must be recognised,” he said.

Sampanthan said a mother who handed over her son to armed forces or a police officer wanted to know what happened to the son and it was a legitimate demand. Therefore, such demands could not be ignored,” he said.

The Opposition Leader said the importance of having the Office of the Missing Persons and said the Northern and Eastern Provinces also need such offices.

Sampanthan said the Government needs to understand the political dimension of political prisoners.

“They are in custody not because they robbed or stole for personal gain. Every case has a political dimension. Their cases need to be looked at in that context and resolved,” he said.

“The Government has already accepted that the PTA is a detrimental law that should be removed from the statutory books,” he said.

The Special Rapporteur appreciated Sampanthan and assured him the UN’s involvement in achieving a lasting solution to the national issue in Sri Lanka.