On 9 August 1965, Singapore separated from Malaysia to become an independent and sovereign state. The separation was the result of deep political and economic differences between the ruling parties of Singapore and Malaysia, which created communal tensions that resulted in racial riots in July and September 1964. At a press conference announcing the separation, then Singapore Prime Minister Lee Kuan Yew was overcome by emotions and broke down. Singapore’s union with Malaysia had lasted for less than 23 months.

Prime Minister Lee Kuan Yew signed the Malaysia Agreement in London on 9 July 1963. The agreement spelt out the terms for the formation of the Federation of Malaysia, comprising Singapore, Malaya, Sarawak and North Borneo (Sabah), which was to take place on 31 August 1963. The terms for Singapore’s entry into Malaysia, which were agreed upon by both the Singapore and federal governments, were published in a White Paper in November 1961. This White Paper documented the outcome of talks between Lee and then Malayan Prime Minister Tunku Abdul Rahman on Singapore’s inclusion into Malaysia. The terms included the margins of Singapore’s autonomy, Singapore’s political representation in the federal government, the status of Singapore citizens and Singapore’s revenue contribution to the federal government. Prior to the signing of the Malaysia Agreement in London, there was a week of “arduous and gruelling negotiations” over the more thorny issues of a common market between Singapore and Malaya, and the portion of Singapore’s revenue and taxes that would go to the federal government. With these issues settled, Singapore began its journey as part of Malaysia.

Even before the proclamation of the formation of the Federation of Malaysia on 16 September 1963, Singapore and Malayan leaders were mindful that the differences in the political approach and economic conditions between the two countries “cannot be wiped out overnight”. This, however, did not prevent sharp exchanges between the leaders of both countries throughout the period of the union. The slow progress of the creation of a common market and the difficulty in getting pioneer status from Kula Lumpur for Singapore industries frustrated Singapore leaders, while Kuala Lumpur was dissatisfied with Singapore’s dogged response to the federal government’s clamour for increased revenue contribution to combat the Indonesian Confrontation, and for an agreed loan to develop Sabah and Sarawak. At the political front, the grossly imbalanced Malay-Chinese population in both countries made each vulnerable to communal prejudices which were played up by political leaders. The two major political parties in Malaysia, the People’s Action Party (PAP) and the United Malays National Organisation (UMNO), were soon accusing one another of communalism. The accusations escalated into tensions until they erupted into racial violence in Singapore on 21 July and 2 September 1964. Despite agreeing to a two-year truce in September 1964, the acrimony between UMNO and PAP soon flared up again. At the heart of the rift was Lee’s multi-racial slogan, “Malaysian Malaysia”, which sowed deep distrust among UMNO leaders, especially the “ultras”, who viewed his vision of a non-communal Malaysia as a challenge to their party’s raison d’être of undisputed Malay dominance.

By the second half of 1965, the stormy political climate in Malaysia showed no signs of easing. Tunku Abdul Rahman, who had become the Malaysian Prime Minister, was pressed to intervene to avoid a repeat of the communal clashes that had taken place in 1964. During his London trip to attend the Commonwealth Prime Ministers’ Conference in June 1965, the Tunku decided that severing Singapore from the federation was the only course and communicated this to his deputy, Tun Abdul Razak, who was instructed to sound out the senior Malaysian ministers and lay the groundwork for separation. By the time the Tunku returned to Kuala Lumpur on 5 August, Singapore’s days in the federation were numbered.

The week leading to 9 August 1965 was a busy time for the leaders of both countries as by this time, separation had become a certainty. Negotiations were, however, done in complete secrecy. In Singapore, not only were civil servants and permanent secretaries kept in the dark, but some senior PAP cabinet members, most notably Deputy Prime Minister Toh Chin Chye and Culture Minister Rajaratnam, were also clueless. Leading the negotiations for Singapore was then Finance Minister Goh Keng Swee, and for Malaysia, Tun Razak. Razak was aiming to convene a federal parliament sitting on 9 August and was pushing for the legal paperwork for the release of Singapore to be tabled at that session.  In Singapore, Lee had asked then Law Minister E. W. Barker to draft the separation agreement at the end of July, along with other legal documents such as the Proclamation of Independence. 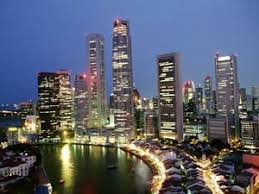 As the deadline of 9 August neared, Goh and Barker made arrangements to travel to Kuala Lumpur to finalise the separation, arriving quietly in the capital on 6 August. Lee, who was in Cameron Highlands at that time, left for Kuala Lumpur and also arrived on 6 August to study and approve the separation documents. Thereafter, the separation draft prepared by Barker occupied the attention of five men – Razak, Malaysian Attorney-General Kadir Yusof, Malaysian Home Affairs Minister Ismail bin Dato Abdul Rahman, Barker and Goh. The final version, which included a few amendments and insertions, were typed late that night and signed by Goh, Barker, Razak, Ismail, Malaysian Finance Minister Tan Siew Sin and Malaysian Minister for Works V. T. Sambanthan well after midnight.

After Lee was shown the final signed separation documents by Barker, he called Toh and Rajaratnam in Singapore to meet him the following morning. Arriving in Kuala Lumpur separately on 7 August, both Toh and Rajaratnam were particularly distraught when Lee told them of the news, and were not willing to sign the agreement. However, a letter written by the Tunku to Toh stressing the former’s irrevocable decision – that there was “absolutely no other way out” – left them with no choice.  Realising that their persistence to pursue the status quo could well mean bloodshed, both Toh and Rajaratnam reluctantly signed.

Lee then flew back to Singapore on 8 August on a Royal Malaysian Air Force (RMAF) jet so that he could get the separation agreement signed by the rest of his cabinet members. Two other individuals were called upon to assist with the task to meet the 9 August deadline: John Le Cain, the Police Commissioner, to ensure law and order, and Stanley Stewart, head of the Singapore Civil Service, to prepare and print the special gazette and proclamation of independence notices. The Government Printing Office (GPO) had to recall its staff overnight, and to keep the lid on the separation, Stewart locked the GPO. Encoded messages on the separation were also dispatched to the British, Australian and New Zealand prime ministers in the wee hours.

Similarly in Kuala Lumpur on 8 August, things also moved swiftly as Razak had to ensure that everything was ready for the Tunku’s address to the federal parliament the following day, where he would move a bill to amend the constitution that would provide for Singapore’s departure from the Federation. Razak was also waiting for the fully signed separation agreement from Singapore to allay possible suggestions that Singapore was expelled from Malaysia. Only when the RMAF craft sent to Singapore to collect the document bearing the signatures of the entire Singapore cabinet arrived in Kuala Lumpur did he share the purpose of the 9 August parliament session with the chief ministers, mentri besars and state rulers in the Federation.

The Birth of Singapore 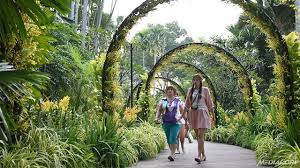 The proclamation declaring Singapore’s independence was announced on Radio Singapore at 10:00 am on 9 August 1965. Simultaneously in Kuala Lumpur, the Tunku announced the separation to the federal parliament. He then moved a resolution to enact the Constitution of Malaysia (Singapore Amendment) Bill, 1965, that would allow Singapore to leave Malaysia and become an independent and sovereign state. The bill was passed with a 126-0 vote and given the royal assent by the end of the day.  Singapore TV also aired the press conference called by Lee at 4:30 p.m.  During the press conference, Lee explained why the separation was inevitable despite his long-standing belief in the merger, and called on the people to remain firm and calm. Filled with emotions and his eyes brimming with tears, Lee had given Singaporeans a glimpse of their leader’s “moment of anguish”.

Many rallied behind the news of the separation with relief although the manner of its announcement came as a shock and was initially greeted with disappointment and regret.  It was slightly less than two years ago that the people of Singapore had backed Lee’s merger through their votes in the September 1962 referendum. However when merger came, the greater share of it was marked by constant differences and bitter political wrangling between leaders of the two nations. Although all signs were pointing to trouble, very few were prepared for the dramatic end to Singapore’s union with Malaysia.