Right of Reply to Rear Admiral Sarath Weerasekara: THE SINHALA ALT-RIGHT AND THE TAMIL QUESTION 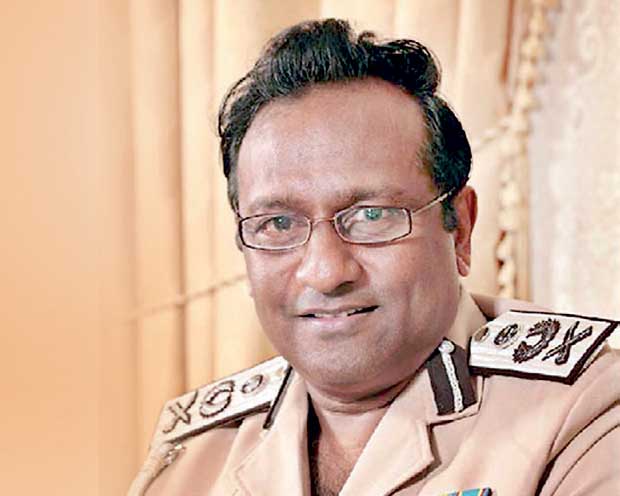 Rear Admiral Sarath Weerasekara asks “Simply show us how the Tamils are being discriminated against and where.” Answer: 1958 (read Tarzie Vittachchi’s book ‘Emergency 58’) and Black July’83.The experience does not leave the collective memory of a community, easily. The first massacres of Sinhala civiliansat Naiaru and Kokilai, Dollar and Kent farms, and Anuradhapura,came later, in late ‘1983, 84 and 85.
Sarath Weerasekara declares the Tamil question “a problem non-existent”. He goes on to say “The main argument of the separatist elements is that the Tamils in Sri Lanka are gravely discriminated against and not given their proper place in the society because they are Tamils”. Adm. Weerasekara does not know that the separatist Tamils have 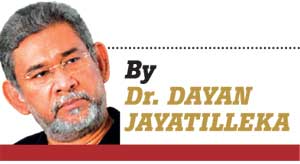 long since stopped basing their argument on the place they have in our society and the issue of discrimination. They base themselves primarily on the “right of national self-determination”.
This has been so from the Vaddukkoddai resolution of 1976 onwards, through the so-called Thimpu principles. Indeed the claim of distinct nationhood was contained several decades ago in the founding document of the Federal Party. It is the non-separatist Tamils and moderate Sinhalese who still talk mainly about discrimination and the place of Tamils in our society. Even R. Sampanthan and M.A.Sumanthiran, who are not exactly separatist, have moved on and talk about the “right of internal self-determination of the Tamil people”.

“MR did not renege on his commitment. It was he who held a free and fair election to the Northern Provincial Council in 2013, at a time when the massive military presence there could have been used to distort the result”

Adm. Weerasekara says “We are yet to receive an answer to the Tamil “problem”, except getting a barrage of terminologies such as Alienation, Aspirations, Submission etc.” The good admiral must brush up his reading or simply ask former President Mahinda Rajapaksa what was in the Report of the LLRC that he appointed and officially accepted.
So what did the LLRC appointed by former President Rajapaksa have to conclude about the Tamil Question? The LLRC Report is its clear and unambiguous identification of the causes of the Sri Lankan conflict and crisis and answered the questions as to what the grievances of the Tamil community are, which of them are genuine and legitimate, and how they differ from the grievances of the Sinhala community. The relevant segments were entitled ‘Grievances of the Tamil Community’ ‘The Historical Background relating to Majority-Minority relationships in Sri Lanka’ and ‘The Different Phases in the Narrative of Tamil Grievances’ (pp. 291-294, 369-370). The LLRC made a diagnosis and provided
a prescription:
“The Commission takes the view that the root cause of the ethnic conflict in Sri Lanka lies in the failure of successive Governments to address the genuine grievances of the Tamil people. The country may not have been confronted with a violent separatist agenda, if the political consensus at the time of independence had been sustained and if policies had been implemented to build up and strengthen the confidence of the minorities around the system which had gained a reasonable measure of acceptance. A political solution is imperative to address the causes of the conflict…” (p 291, articles 8.150, 8.151)
“…the success of ending armed conflict must be invested in an all-inclusive political process of dialogue and accommodation so that the conflict by other means will not continue… However, if these expectations were to become a reality in the form of a multi-ethnic nation at peace with itself in a democratic Sri Lanka, the Government and all political leaders must manifest political will and sincerity of purpose…” (Preamble, pp.1-2)

Any National Question anywhere (e.g. Quebec, Catalonia, Kurdistan) is NOT primarily about discrimination. If it were, the struggle would be for equal rights and integration, as was the Civil Rights movement of the US Blacks. So if Admiral Weerasekara wants to fight against Tamil secession or federalism or even autonomy of any sort within a unitary state, he must know what he is fighting against.

The basic point is that communities that collectively perceive themselves a nation or a nationality or a distinct people, ask for autonomy or self-determination in the geographic area that they form a compact mass and are in a majority. That may not be a good thing, and I think it is not in most cases except in those of colonial/foreign occupation (e.g. Palestine), but that’s beside the point. The issue is that the question of autonomy or self-rule is rooted in a geographic area and not defined by the percentage of people of that ethnicity who live outside the area. That is the National Question or the Nationalities Question or the Ethno-national Question.

Admiral Weerasekara says “We don’t agree with anybody justifying maximum devolution of power to North to address the artificially created “alienation” and “aspiration” issues, because they are non-existent.” Well, he had better take that up with his former Commander-in Chief, President Rajapaksa, whom I agree with, who declared in his speech at the commencement of the APRC (and the beginning of the war), that his formula is “maximum devolution within a unitary state”.
Adm. Weerasekara says the “UK is a United/Federal country and in that federation anyone can be elected as the PM.” I wonder whether he can quote a credentialled source which says that “the UK is a federal country and…a federation”. Even at the UPR at the UNHRC (Geneva), the UK defines itself in formal documents as a unitary state.

“None of Weerasekara’s numerous postwar examples is from civil conflicts or internal wars. All his examples are of wars between/against countries. Why does he think the JVP was “allowed to continue” after the state militarily crushed its barbaric terrorist uprising”

None of Weerasekara’s numerous postwar examples is from civil conflicts or internal wars. All his examples are of wars between/against countries. Why does he think the JVP was “allowed to continue” after the state militarily crushed its barbaric terrorist uprising?
In the post war period, Mahinda Rajapaksa was blocked from implementing his sincere efforts at implementing a political solution, including those commitments he made to India during wartime and to both India and the UN Secretary-General in the immediate aftermath of the victory. These commitments DID NOT include an accountability component with any international ingredient whatsoever, but it DID include a commitment by his hand-picked troika (GR-BR-Lalith) during the war and by him in the two postwar joint communiques of May 21 and 23, 2009, to implement the 13th Amendment (NOT “fully” implement) and proceed to open a political dialogue with the representatives of the
Tamil people.
MR did not renege on his commitment. It was he who held a free and fair election to the Northern Provincial Council in 2013, at a time when the massive military presence there could have been used to distort the result. Instead, the election resulted in C.V. Wigneswaran as Chief Minister, and he was sworn in by MR (on an occasion at which I too was an invitee).
What was almost irreparably damaging though was that the implementation of MR’s commitment which was blocked from 2009 until 2013, causing him, the Govt. and the State to lose valuable time and space. By the time he held the election in 2013 the game had drastically changed in our disfavour. Nationally, our allies, the anti-Tiger Tamils (Douglas Devananda, Dharmalingam Siddharthan, and Anandasangaree) had been weakened and the TNA had bounced back. Internationally, we had lost India, which had voted against us in Geneva in 2012 having been a strong ally
in 2009.

What was the problem? It was the delay in implementing the 13th Amendment as promised, and that delay was because the Sinhala Far Right was not merely against Tamil terrorism and separatism but against any form of territorial autonomy for the Tamils, and furthermore, it was not only against federalism – which is entirely laudable – but also against devolution within a unitary state in the concrete form of the 13th Amendment which we had solemnly and repeatedly promised India, would be soon implemented!
As we began losing India, we had to tilt more and more towards China, until, finally, almost all our eggs were in the Chinese basket; except for one economic egg that was in the Japanese basket and allowed Japan to successfully nudge MR into the belated holding of the Northern Provincial Council election in 2013.
Some of the sentiments of the Hard Right (both the pro-Tiger ‘Mahaveerar’ element of Northern society and the Tamil Diaspora as well as the Sinhala Alt-Right) remind me of an extensive definition I recently read which I would like to share with the admirable Admiral, his fellow travellers and the readers in general:
“Political ideology stressing nationalism, militarism, centrally regulated private enterprise, the subordination of the individual to the state, and single party totalitarian government, usually under the dictatorial rule of a charismatic leader…The theorists who inspired a fascist doctrine…tended to share a belief in the nation as a sacred entity in which individual interests must yield to national goals…In the fascist state, the individual is seen as subordinate to the community; rigid discipline and unquestioning acceptance of the state’s authority become an ethic of self-sacrifice and patriotic loyalty…while most fascist movements have espoused an extreme nationalism, German fascism was distinguished by racist ideals that transcended
national boundaries…”
This is extracted from the entry on FASCISM in the large volume entitled ‘A World of Ideas: a Dictionary of Important Theories, Concepts, Beliefs, and Thinkers’, Ballantine Books, Random House, New York 1999 (p 132).
Adm. Weerasekara refers to this country as “Sinhale”. That archaic name was used before our demography, history, consciousness, and the world itself,had undergone a tectonic shift with an accompanying paradigm shift. The name is certainly light years away from the LLRC’s definition of this country as “a multi-ethnic nation”.
Since 1984 I have consistently supported provincial devolution and called for a political pincer move that would link the North and South. To this end, for three decades I have called for the South to implement the 13th Amendment and the North and East to work the 13th Amendment. That is the only viable political solution to the Tamil question in this, (our) time.