I like start off by thanking for your continued support to Canadian Tamil Congress (CTC) and all its community projects.

As it has been little over a year now since our Tamil Canadian Walk 2016 for Canada Batticaloa Friendship Farm project concluded, we are obliged to provide you an update.

The objective of the Canada Batticaloa Friendship Farm project was to provide employment opportunities for the most vulnerable population in the interior Tamil villages of Batticaloa district. Young widows and disabled due to the war are to get some jobs through this farm project. Another important objective of this project was to prevent Tamil population in the interior villages from abandoning their villages and moving to Batticaloa town and seeking work outside the country due to severe poverty in the region. These effects of long war and poverty was resulting in loss of Tamil lands to other communities in a very fast pace in the Batticaloa district. The profits from this farm project was to be reinvested back into this farm to create more jobs and to also support  other projects which will contribute to rebuilding the lives of Tamil people in these interior villages who have suffered immensely for many decades.

We have faced some serious challenges in obtaining  the suitable land for this Canada Batticaloa Friendship Farm project. As our plan was to buy special cows (JC Cross) which produce lot more milk than regular cows, these cows required a lot of water. In Batticaloa district’s interior villages, water is a big problem in most areas. We first wanted to obtain state lands on long lease (33 years lease) as this was a cheaper option instead of buying the land. I visited Sri Lanka in March of this year (2017) for a conference,  but one of my main objectives of my visit to Sri Lanka was to also decide on the land for our project. I saw many state lands in Batticaloa’s interior paduvankarai region, but these lands were not suitable for our project as there were serious concerns over availability of sufficient good water. So we decided to look for a land to purchase for this project. We identified a 10 acre land close to a lake with year around water which was also in the interior part of Batticaloa district. 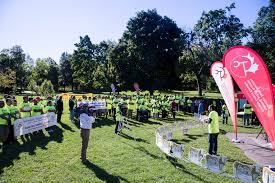 As this land satisfied most of our requirements for our project, we started the process of investigating to ensure this private land is actually owned by the person who claimed to own it as this is also a big problem in the region. This particular land owner is living in Europe and we are waiting for him to return to Sri Lanka next month (October 2017) to close this land purchase deal. Once the land is purchased we will quickly start implementing the project. We apologize for the delay, but we wanted to take all precautions and didn’t want to rush on obtaining  the land as it is the most important factor for the success of this farm project.

We have collected $130,000 for the Canada Batticaloa Friendship Farm Project up to now through the Tamil Canadian Walk 2016 and other donations. We have to collect some more commitments for this project, which we are confident we will be able to collect once we start the work in the ground. We have opened a separate CTC bank account and we have deposited the entire $130,000 collected for this project in this account so that these funds are not utilised for CTC operations or any other CTC projects.

I will provide you the next update as soon as the land for the Canada Batticaloa Friendship Project is purchased and initial work on the project is started.

If you have any questions or need clarification, please don’t hesitate to call me at my cell phone number 647-300-1973.

I take this opportunity to also share some good news on Tamil Canadian Walk 2015 which raised funds to build 41 houses for women headed households in Sampur village. Sampur housing project was successful completed with the handing over of these 41 houses to it owners in two batches in March of 2016 and July of 2016. I visited the Sampur village during my recent visit to Sri Lanka in April 2017 and met with most of these 41 house beneficiaries at their houses. They are all very happy and they are doing quite well. The Sampur village which was completely destroyed to the ground is now prospering and we played a very significant role in rebuilding the lives of people in Sampur. If you are one of the Sampur house donors and would like to visit the house you donated and meet the particular women headed family, please let us know and we will make the necessary arrangements for you see the house and meet that family.

Thank you once again for all your support.