The world today is desperate to attract foreign talent. Thirty percent of Silicon Valley startups are by Indians, and the same percentage is true of Microsoft employees, NASA employees and US physicians. Canada and Australia have long had a point system to attract talent and the US and the UK are thinking of adopting a similar system in place of their current family re-union system. Even Germany has a special Visa quota for software professionals from India.

Singapore preceded all these countries by being open from the inception to foreign talent as it knew that they were required for it to meet its ambition to become a regional and then global hub for trade, manufacturing and finance.Lee Kwan Yew openly alluded to the fact that he depended on Jaffna Tamils as a resource to build up Singapore in the early years. This article will try and describe their significant and unique contributions spanning the five decades of Singapore’s existence as an independent nation. 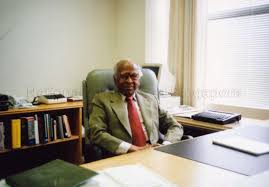 The Jaffna Tamils hail from the arid North of Sri Lanka and the only advantages they had was their native intelligence and an excellent education system set up by American missionaries. The Jaffna Tamils valued education above all else and the education system the missionaries set up emphasized the English Language and mathematics.The British valued this education and The Jaffna Tamil propensity for hard work and recruited them for the minor government positions such as clerks and station master both in colonial Ceylon and in the Federated States of Malaysia and Singapore.

It was said that in the 1930s you could travel by train from Singapore to the Thailand border and every station master enroute would be a Jaffna Tamil! It was their descendants who were to play such a significant role in the history of Singapore as an independent nation. The contribution of the Ceylon Tamils were in four main areas – politics and government, law, medicine and sports and I will describe each separately.

In politics,the first major Ceylonese participant was S.Rajaratnam, who was Lee Kwan Yew’s comrade-in- arms in the struggle for independence and closest confidante. He was Foreign Minister for many years, one of the founders of ASEAN and wrote the National Pledge which is still recited in schools today. In later years when he was suffering from Alzheimer’s, LKY visited him at his home and despite being normally undemonstrative, came away in tears. Today the descendants of Ceylon Tamils in politics are Tharman Shanmugaratnam the Deputy PM in overall charge of the economy, Dr Vivian Balakrishnan and Mrs Indranee Rajah.

No account of Singapore politicians howeveris complete without a reference to J B Jayartanam, the first opposition MP in parliament. He was a thorn in theside of the government and ended as a bankrupt because of the law cases he lost. Though a failed politician, when he died the Economist wrote a special obituary about him praising his courage and steadfastness to his principles – a rare tribute accorded usually to major statesmen.

In administration, the most prominent example was J Y M Pillay, who was the first Chairman of SIA, Permanent Secretary Ministry of Finance, Chairman of DBS and Managing Director of MAS, holding many of these posts simultaneously! He was later the High Commissioner in London. LKY referred to him as his most efficient and outstanding public servant – rare praise from a man who expected nothing less than superior performance from all his subordinates. He is now in the Presidential Council of Advisors and a special advisor to the Pope on financial matters. Many Ceylonese were attracted to SIA – I have already talked of the first Chairman J Y M Pillai but there were others like Vijendran Alfreds who was the area manager for North America, Captain Kandasamy, an early Chief Pilot and Maurice de Vaz ( a Ceylon burgher) , who was Director of Flight Operations, and Kulaserkeram who was the Finance Director.

Another area was law. Four Supreme Court judges till the mid 1980s were Ceylon Tamils – Justice Sinnadurai, Justice AP Rajah ( also later High Commissioner in London), Justice Punch Coomaraswamy (also later the Speaker of Parliament ), and justice Kulendran the most senior Supreme Court Justice. There were many in the private bar, and many of them took on the cases of the marginalized like drug cases and did it pro bono. They also excelled in Commercial law likeSharmilaGunasingham( who is also a talented Barathanatyam dancer) and KayalViswalingam. The number of Ceylonese law graduates dropped significantly from the early eighties as it was said that the government restricted their entry into the law faculty for the entirely sensible reason thatthey would become troublemakers!

In medicine, a quartet of medical professionals paved the way to Singapore becoming a medical hub in Asia. Professor S.S Ratnam, who pioneered in–vitro- fertilization, Professor JeyarajJeyaratnam, who did the seminal research work on the link between using pesticides and human health and was awarded the Lifetime Achievement Medal by the World Occupational Health Association, the only individual to be thus honoured so far. Professor Arul Kumar Sabaratnam, born in Jaffna and educated at the Ceylon Medical College, who is a citizen of Singapore and went on from a teaching post at NUS in Singapore to be Professor of Gynecology at Birmingham University. Hewas also elected as the President of the Royal Society of Obstetrics and Gynecology, the President of the British Medical Association and the President of International Society of Obstetrics and Gynecology. He was knighted by the Queen recently.

Dr. Puvenendran – another Sri Lankan bred and trained doctor – was for many years the head of Neurology at the Singapore General Hospital, which he made a center of excellence not only for Singapore but for ther egion and trained many generations of young doctors. He also set up the Sleep Disorder Clinic and still consults for it. Another prominent Ceylonese doctor was my namesake Professor Kanagasundram, who taught Anatomy in the Singapore Medical College and whenever I visit a doctor here, I am asked if we are related – unfortunately we are not – as he left such an indelible memory of good teaching. He later retired to teach in Jaffna, even during the War!

In sports,Vijayratnam, the Chief Engineer of the PSA,  also designed the layout of Changi Airport. He captained the Singapore hockey team at the Melbourne Olympics in 1956 while also representing Singapore in cricket, rugby and football as well. Jegathesan, who won gold medals for Singapore in the 100 metres, 200 meters and 100X4 relay in the Asian games in 1962 in Jakarta. His American coach said of him that if he would come back with him to train in the US, he would guarantee a medal in sprinting in the forthcoming Olympic games in Tokyo. Instead Jegathesan preferred to concentrate on his medical studies and retired as the head of the MRI in Malaysia and is an internationally recognized expert on sports medicine and especially doping. At the next Asian games, Kunalan, another Sri Lankan Tamil, won gold for Singapore in the 100 meters and 200 meters sprint.

Education was another area to which the Ceylonese gravitated to and where they excelled as teachers, particularly of Mathematics. About ten years ago, Goh Chok Tong visited Raffles Institution at a tribute gathering for MrThambyah, his former mathematics teacher (who also later tutored my eldest son). Two well know educationists were Sigamoney and Eugene Wijesinghe( a Sinhalese), who were the headmaster of Raffles Institution, the premier secondary school. My wife’s Uncle, Nathan Vanniasingham, was the Deputy Director of Education and there were many others I do not know of. When we arrived in Singapore,the headmaster of the nearest Primary school was Ratnagopal, who admitted my three children without a test as they had so far been educated only in Tamil. After struggling for a year they excelled in their studies and later got admission to ACS Secondary and Junior College.

Many Ceylonese Tamils, up to thirty , were recruited to help design the early HDB flats as were lecturers for the Engineering faculty. These young men, common to many in their homeland, excelled at Cricket and made the Celylon Sports club the inter-club champion for many years. Sadly all of them without exception moved on to Australia to allow their children to be educated in a less competitive environment.

The only area that the Ceylonese did not play any significant role (except JYM Pillay who was Chairman DBS) was in Banking and Finance. The only exceptions are myself and Alan Pathmarajah, who was the Secretary to the Board of OCBC after Tony Tan and later Chairman of its Subsidiary, Great Eastern Life. This may have been due to overt discriminations as when I came to Singapore, virtually as a refugee from the communal violence in Sri Lanka in 1983, and applied for Citibank, I was denied a position as the Senior local management did not want to recruit a “Third World candidate “. I was however recruited on the insistence of the Head of the bank, an Englishman called Nick Greville who was impressed by my Cambridge University credentials, and by Annie Wee (the Financial Institution Head) who said “He is not an Indian but a Ceylonese and they are different!”. I went on to head technology for all twelve Citibank businesses in Asia Pacific, including Japan and Australia, and establish Citibank’s largest technology hub developing software for global operations, employing at its height 1800 staff in high paying jobs – just one example of what immigrants can contribute.

There were other areas where Ceylonese contributed, like B P de Silva( Sinhalese), whose family still run an upscale jewelry shop and are the agents for Omega watches and contributed to making Singapore a shopping magnet for tourists. The Bishop of the Methodist Church is Bishop Rennis Ponniah.

No essay on Ceylonese in Singapore is complete without a reference to those of mixed race. Dr Vivian Balakrishnan and Mrs. Indranee Rajah are examples. The most remarkable is the family of Dr. Murugasu, all of whose children not only did brilliantly academically but two were President’s scholars. A unique achievement. One of the family, Christopher, worked with me in Citibank and was talented enough to have reached the top. But he preferred to leave in his forties to do pro-bono work on behalf of charitable causes for the Catholic church!

Four recent weddings I attended were marriages of young Ceylonese descended boys to Singaporean Chinese girls. This is a growing and welcome trend and the off spring will be truly integrated Singaporeans with the best qualities of both parents’ lineages.

I hope my brief description has given readers an idea of the special and indeed unique contribution to Singapore’s economic and social fabric of a small minority from Sri Lanka. Today the Singapore government rightly have stopped unrestricted migration, except for entrepreneurs who will bring in new technology and jobs. But it is important to remember our history and our rich and varied heritage.

The writer welcomes feedback on email which he will respond to individually ~ ajitkanagasundram@gmail.com